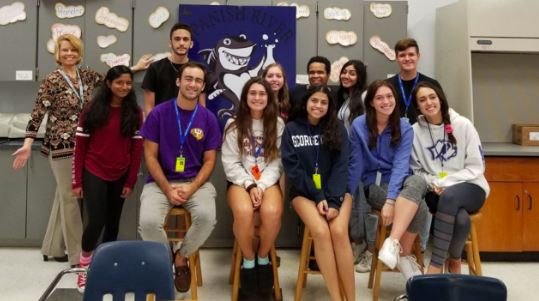 A group of Spanish River High School students and their teacher are working together to develop a sensor to detect sepsis. Biotechnology Academy teacher Mary Fish had the idea after her father died from sepsis while in a California rehab facility several years ago. 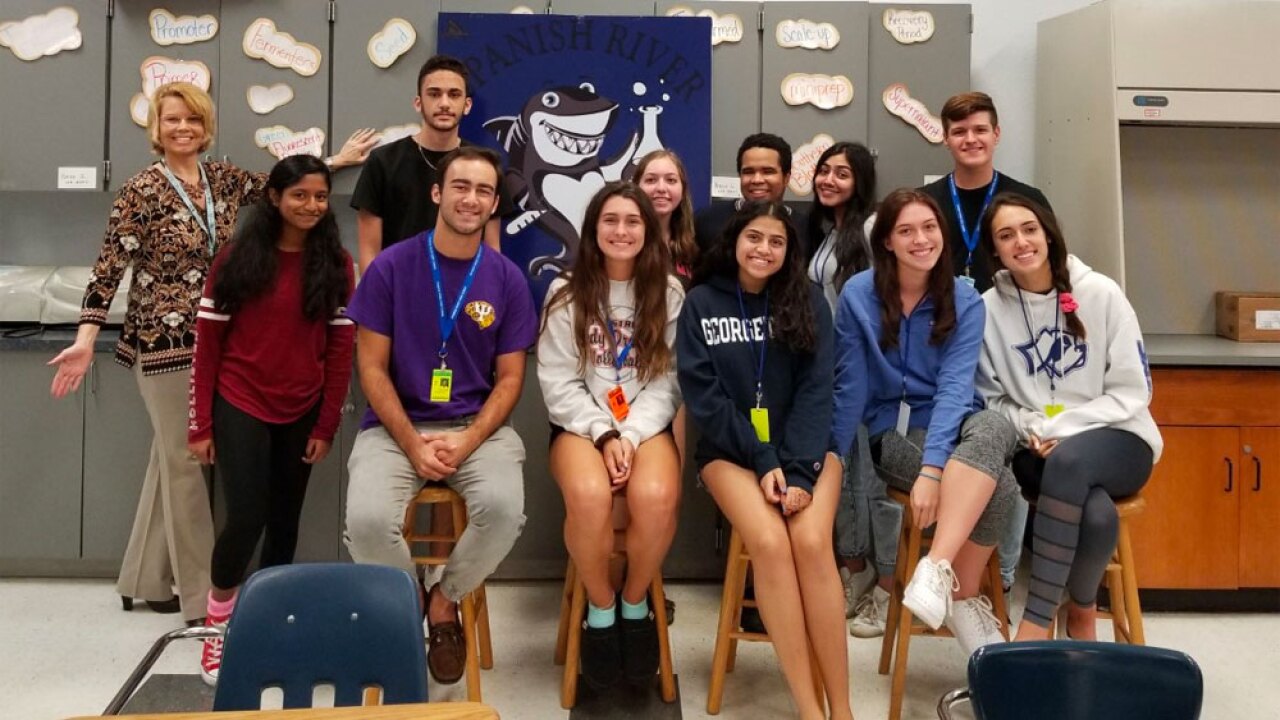 BOCA RATON, Fla-- A group of Spanish River High School students and their teacher are working together to develop a sensor to detect sepsis.

Biotechnology Academy teacher Mary Fish had the idea after her father died from sepsis while in a California rehab facility several years ago.

"He acquired sepsis and passed. And so I was thinking of an idea of something that a person could wear if they were in a place- in a rehab facility or ICU- that they could always be monitored for symptoms of sepsis. That if anything happened to the point they were going into septic shock, you could go back and try to get to them before that happened," she said.

Her vision involves: "A wearable, fabric kind of thing they could wear that would have sensors on it that could detect things like respiratory rate, pressure maybe some bio markers for perspiration and things like that."

But she couldn't do it alone. Fish recruited some of her biotech academy students to help her on her mission. They are determined to make a difference.

They went through a rigorous application process to receive at $10,000 Lemelson-MIT InvenTeam Grant to accomplish their mission. Spanish River is one of 14 teams of high school students from across the country to receive the grant funding, designed to help "build a technological invention to solve a problem of their own choosing," according to the grant program.

Sepsis is the body's extreme response to infection and can be life threatening. The Centers for Disease Control and Prevention says about 270,000 people in the U.S. die from sepsis every year.

The students are working after school and on weekends to help develop this detection system.

Student Eesha Shah described part of the process: "We have water, saline and then it's mixing solution which is automated and we're using this to connect to an arm which we're going to test our sensors on for a prevalent bio marker that is useful for the detection of sepsis."

She said they'll use "technology to detect lung capacity, heart volume, blood pressure, and flow rates which are very important in detecting sepsis because you want to monitor a variety of symptoms. So we're seeing if we can develop like a shirt that would be able to detect all of these symptoms and translate to a cloud system."

"My goal is to have a working project and have a system that would be able to monitor all of these symptoms, compile them and actually see if we can maybe detect something early on. It makes us all feel grateful that we have this opportunity to make a difference in other people’s lives and Ms. Fish’s, it's a near and dear thing to her heart and to have the opportunity to remedy that is something very cool," Shah said.

The students and Ms. Fish will head to Washington D.C. in June to present their invention, with the hopes it leads to real change for those who need it.

"That would be exciting that we find something that we could apply for a patent. That's really meaningful and I think it's for my father, too," Fish said.

While the group has the grant to facilitate the research they could still use some help to make their vision a reality, both financially and with resources and expertise. If you can provide assistance, contact Mary Fish at mary.fish@palmbeachschools.org.