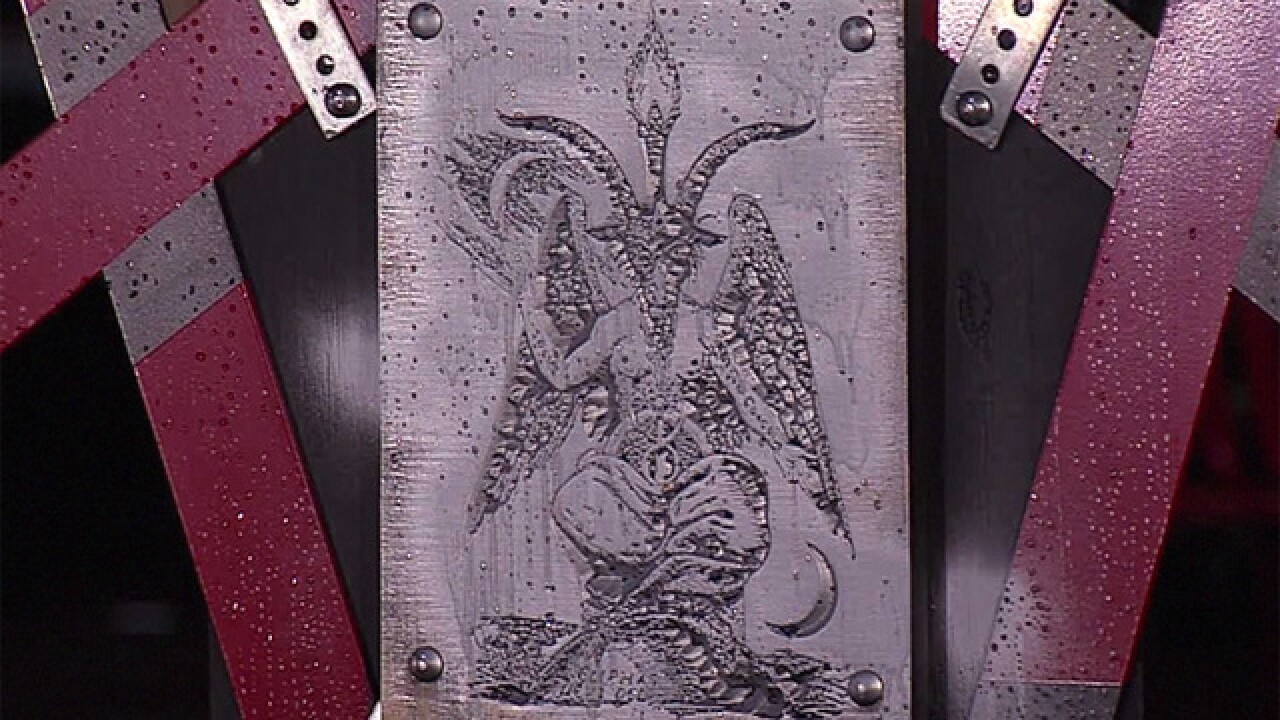 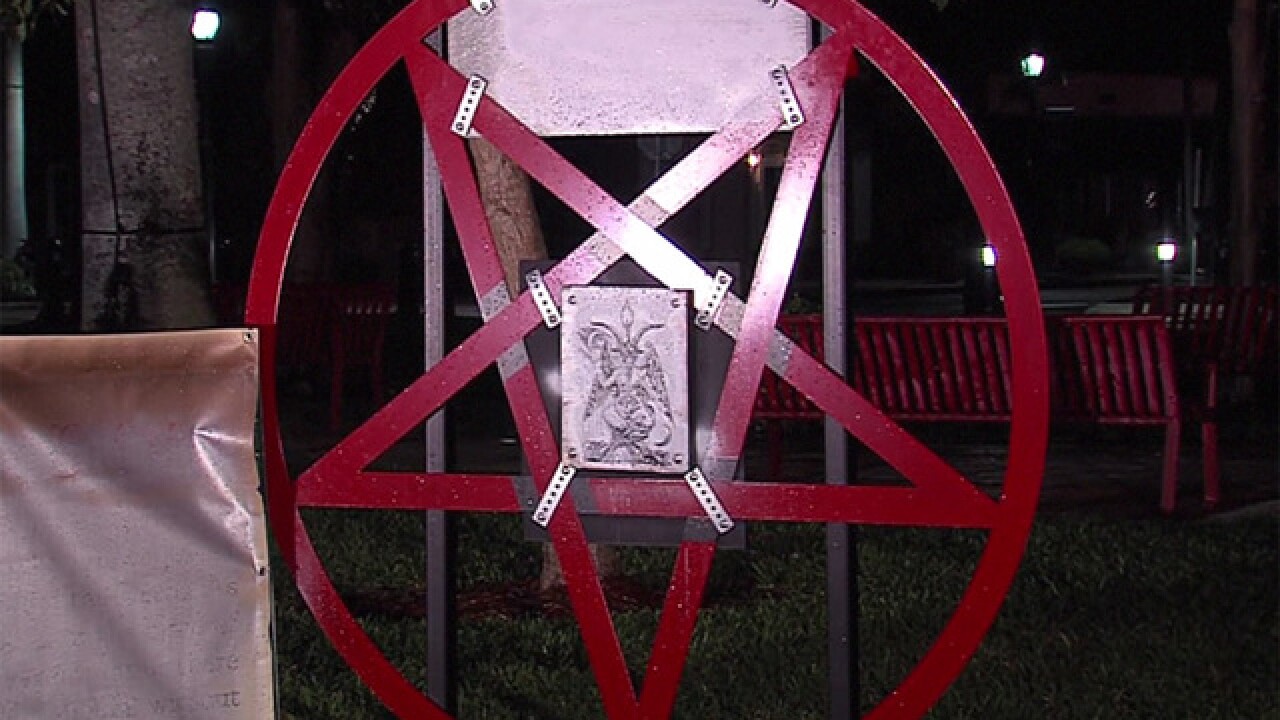 A Satanic display is causing controversy in Boca Raton on the day the city will celebrate its holiday parade.

Now, some local interfaith clergy members are coming together to take a stand.

The display is in Sanborn Square off Federal Highway, right next to a nativity scene.

At some point between the pentagram going up in the park yesterday and early this morning, it appears someone spray-painted over the symbol and the banner next to it.

The man behind the display is Preston Smith. The city of Boca Raton gave him a permit to put up the display and the Freedom from Religion Foundation provided a Bill of Rights banner that accompanies the pentagram. In a statement, Smith said in part, "Love trumps hate. The First Amendment must be protected, including the freedom to offend."

A group of local interfaith clergy members plan to hang their own banner at the park at 9 a.m. In a statement they said in part, "The Interfaith religious community honors our constitutional rights of freedom of speech and worship. We are blessed to live in a country that cherishes and protects these rights. The use of satanic symbols is offensive, and harmful to our community’s well being. We find it a shameful and hypocritical way to advocate for freedom from religion."

NOTE: This story has been edited to reflect that the Freedom From Religion Foundation provided the Bill of Rights banner, but not the pentagram display.