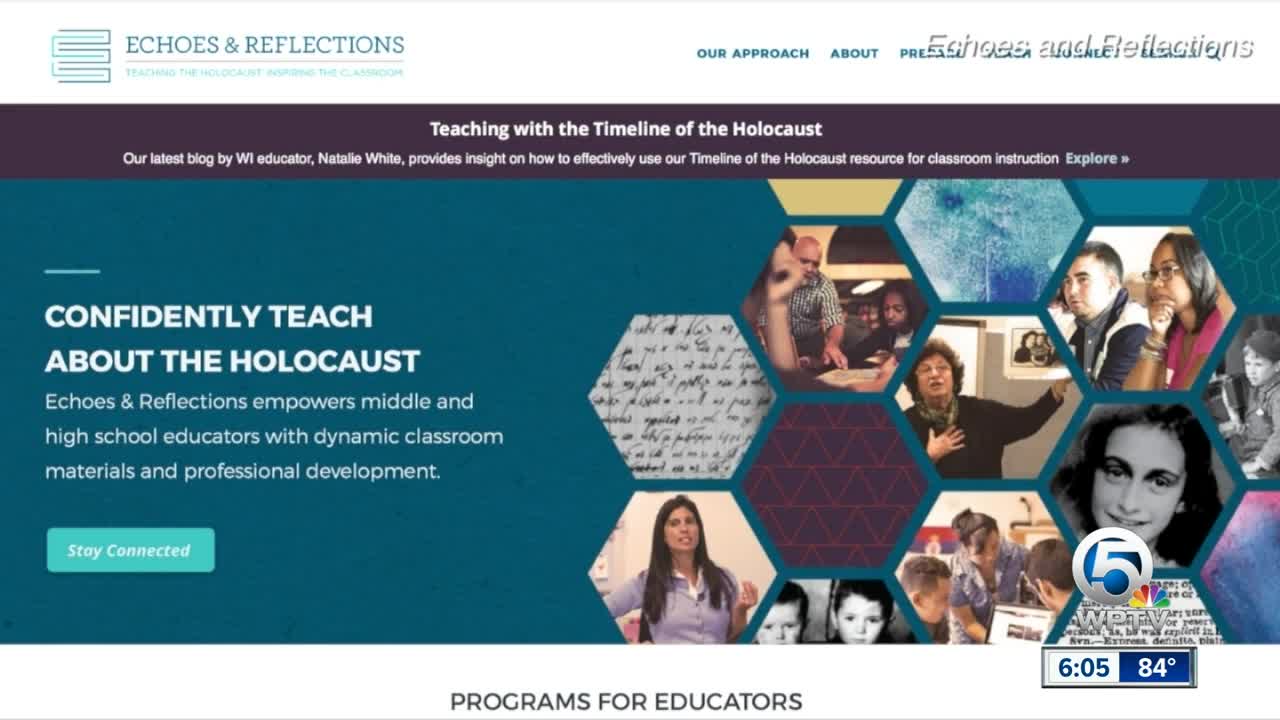 BOCA RATON, Fla. – — Nearly 60 principals in Palm Beach County underwent training Wednesday to get a better understanding of the events surrounding the Holocaust.

The multimedia Holocaust curriculum called, “Echoes and Reflections,” tells the stories from real-life Holocaust survivors, and archive photos from the World War II genocide of Jews in several lessons.

“We did a two-hour training on how to use it and how they can present it to their teachers from different grades,” said Yael Hershfield, the Anti-Defamation League Florida deputy regional director. “How they can pick and choose different lesson plans, adopt those lesson plans to what they’re currently teaching in the schools.”

Hershfield says the school district has been implementing Echoes for years. After William Latson, the former principal at Spanish River High School, sent an email to a parent writing he could not say the Holocaust was a factual historical event, the ADL once again approached the administration. The district says the training was unrelated to Latson and they are required to include holocaust lessons in school, and this was part of that.

“We’re bound to teach this if nothing else, things don’t repeat itself,” Hershfield said.

“We have a lot of family members that were affected directly by the Holocaust,” said Marina Fink, whose daughter is a senior at Spanish River.

Fink says she was appalled by Latson’s comments and is glad the Holocaust is required learning.

“The teachers need to make sure they have enough education to be able to teach the kids correctly what really happened,” Fink said.

Spanish River’s new principal, Allison Castellano, was at the training.

Latson was reassigned, and the district says an investigation is still ongoing.