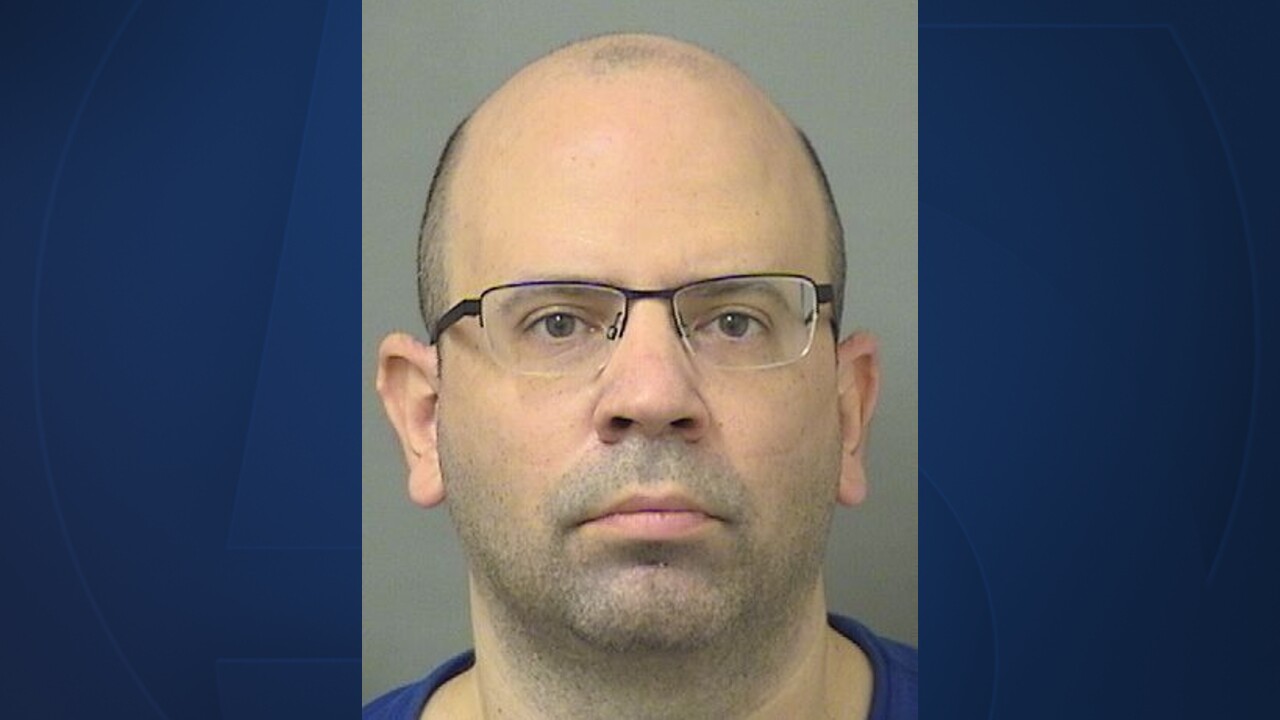 BOCA RATON, Fla. — A teacher at Sandpiper Shores Elementary School in west Boca Raton is under arrest and facing dozens of counts of possession of child pornography.

Aleck Ford, 36, was booked into the Palm Beach County Jail on Thursday morning.

The School District of Palm Beach County confirmed that Ford teaches at Sandpiper Shores Elementary School, but has been reassigned "pending the outcome of an investigation."

According to Ford's arrest report, detectives with the South Florida Internet Crimes Against Children task force flagged an IP address on March 5 for a user named "John2" who was sharing files online involving the sexual conduct of a child.

The task force said the IP address was registered to Ford, who lives in an apartment in Boca Raton.

"Through investigation, it was learned that Aleck Ford is an elementary school teacher in Palm Beach County," the arrest report stated.

According to the report, authorities executed a search warrant at Ford's apartment on Thursday and made contact with him.

During the search, detectives found multiple devices including an Acer laptop, as well as a USB drive in a toilet.

A forensic search of the laptop uncovered a file directory for a user named "John2," the arrest report said.

In addition, the Palm Beach County Sheriff's Office said detectives found "multiple files deemed to be child erotica," as well as "file names indicative of child pornography" on the laptop.

A forensic analysis of the USB drive in the toilet found "over 30 images depicting the sexual exploitation of a child" on the device.

Detectives said it appeared "Ford attempted to damage the USB drive by putting it in the toilet."

Ford was arrested for 31 counts of possession of child pornography, and one count of tampering with evidence.

In court on Friday, a judge set Ford's bond at $630,000, and ordered him to have no contact with schools, no contact with anyone under the age of 18, and no weapons or internet access.

A spokeswoman for the School District of Palm Beach County released this statement to WPTV on Friday:

"He has been reassigned pending the outcome of an investigation. A call went to the parents in his class yesterday alerting them that they have been assigned a new teacher. A letter went to all families last night."