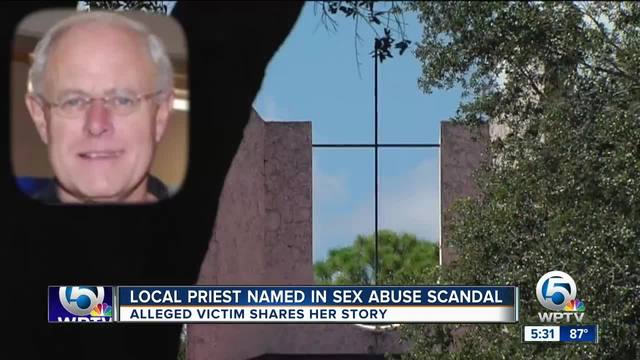 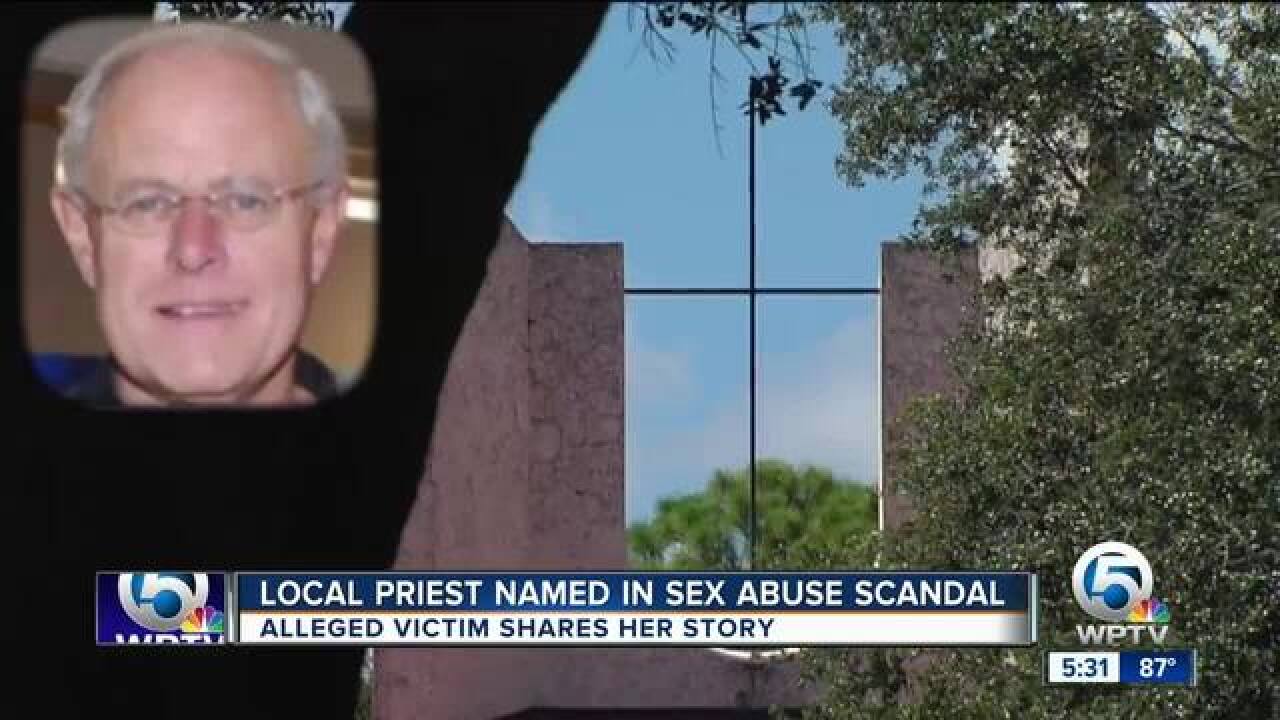 BOCA RATON, Fla. -  The Diocese of Palm Beach is reacting to that sweeping grand jury report accusing hundreds of priests of sexually abusing scores of children for decades in Pennsylvania.

On Thursday, WPTV spoke with one of his alleged victims.

After decades of pain and agony, Collins said she finally feels like she's receiving justice. She still lives in Pennsylvania and claims she was sexually abused for years by Monsignor Thomas Benestad, who currently lives in Boca Raton. Collins claims the abuse started when she was nine-years-old and lasted for decades.

"Myself, my former husband and my daughter will never step foot in a Catholic Church ever again," Collins said.

Benestad is one of some 300 priests named in the grand jury report.

For years, Collins said she blamed herself, but in 2005 she said she reported the alleged abuse to law enforcement. She said she filed a police report, reached out to abuse advocates and spoke with the Pennsylvania Attorney General's Office.

Benestad and his attorney have denied any wrongdoing.

"I think Charles Manson probably said the same thing, I didn't expect him to say anything else," Collins said.

Benestad relocated to Boca Raton in 2007 after a medical leave and assisted at Ascension Catholic Church on Federal Highway in Boca for two years. On Thursday, the Diocese of Palm Beach said he passed background checks, and it wasn't until 2011 they received word of the allegations and he was ordered to refrain from all forms of Catholic ministry.

"The man belongs in prison, and I understand they are getting a lot of calls in Harrisburg of people just coming forward, it might happen," Collins said.