In the heat of the moment, police officers have maybe a split second to make life or death decisions: shoot or don’t shoot, use a Taser or a pistol, run or fight. 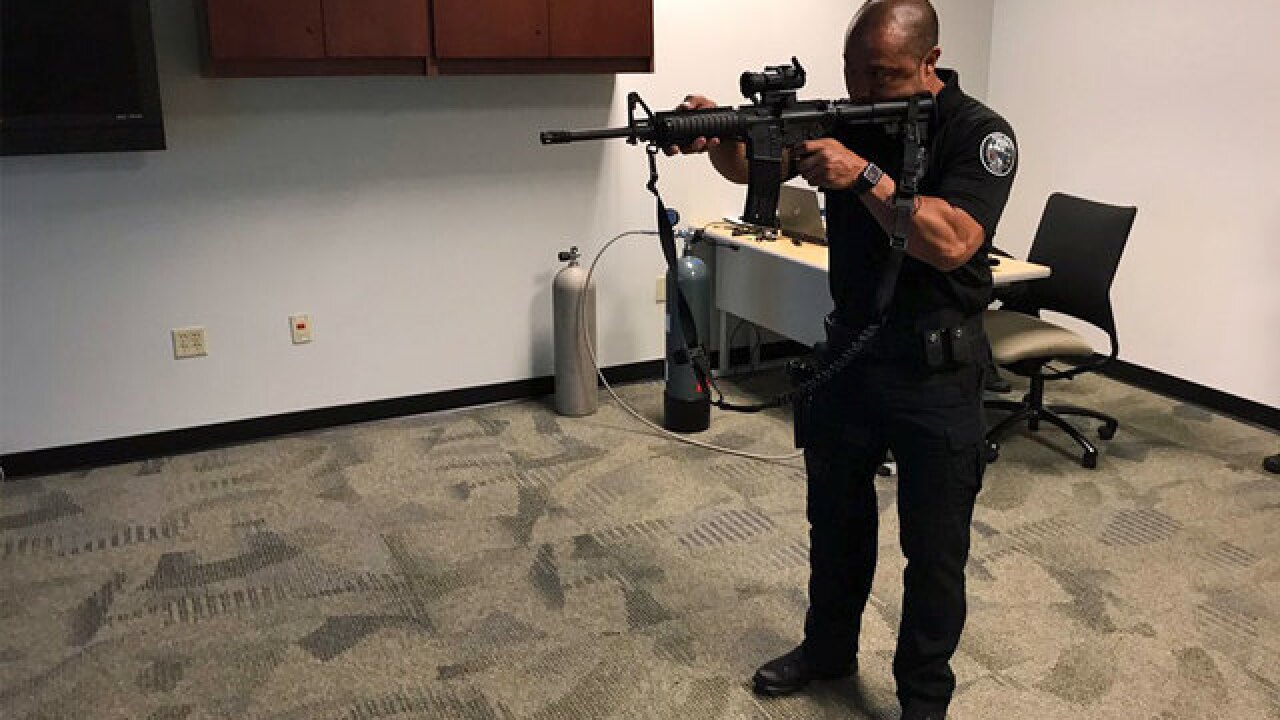 In the heat of the moment, police officers have maybe a split second to make life or death decisions: shoot or don’t shoot, use a Taser or a pistol, run or fight.

“For us, it's about the decision-making skills,” explained Ofc. Mike Porter, with BRPD’s training unit.

All of the department’s 200 or so officers have participated in the video training tool. It projects a scenario onto a screen. The officer interacts with people in the video and then chooses how to react while the training officer controls what happens in the scenario from a computer.

“Officers kind of duck and dodge, they get into the scenario, their heart rate gets elevated,” Porter pointed out. He admitted he was skeptical how real the video scenarios would feel at first.

The $75,000 purchase has been on the department's wish list, but never fit in the budget.

Last year, Marc Bell and other Boca Raton citizens created the Boca Raton Police Foundation with the goal of supplementing the department's budget. The 350-member group’s first purchase was this simulator.

“When you call 911, you want the best trained and best-equipped officer to show up,” Bell pointed out.

He is confident his group's investment will pay off for officers and the public.

The last time a Boca Raton officer shot a gun on duty was October of 2014. The chief later fired that officer after an internal investigation accused him of violating several department policies.