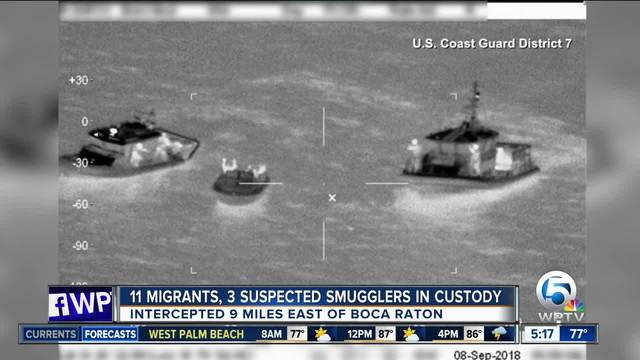 Eleven migrants and three suspected smugglers are in custody after the Coast Guard said it interdicted them 9 miles east of Boca Raton Saturday. 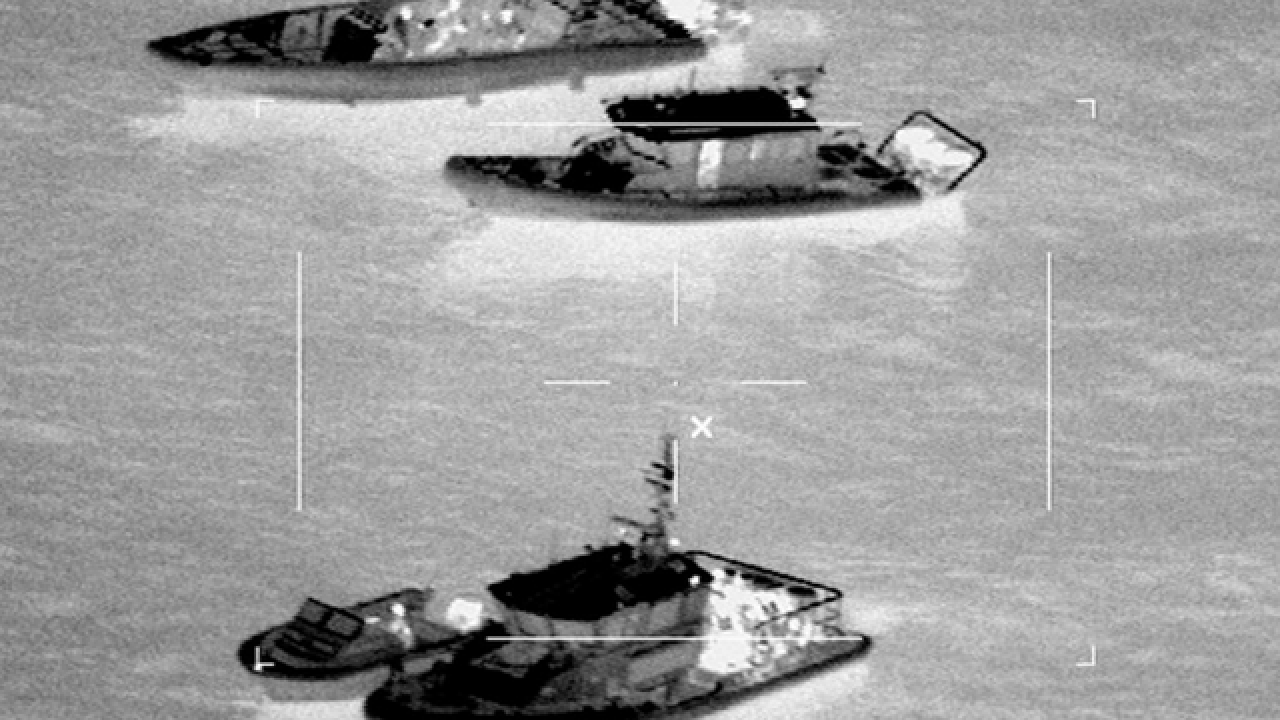 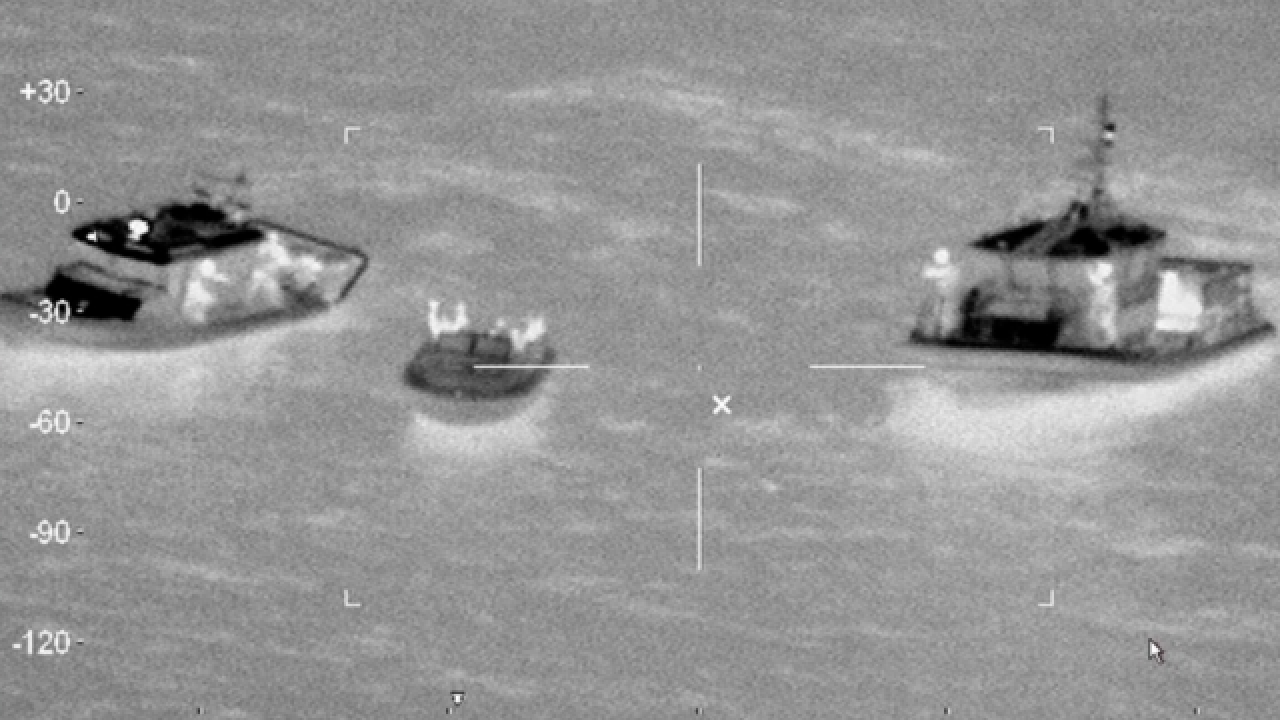 Eleven migrants and three suspected smugglers are in custody after the Coast Guard said it interdicted them 9 miles east of Boca Raton Saturday.

The Coast Guard said an airplane crew on a routine patrol from its Miami station first spotted a suspicious 22-foot cabin cruiser about 8 p.m. Friday.

The Coast Guard dispatched a boat crew which interdicted the vessel.

Eventually, 14 people aboard were taken ashore and handed over to U.S. Customs and Border Protection, the Coast Guard said.

“Migrants should not attempt to smuggle themselves into the country," Coast Guard 7th District Chief of Enforcement Capt. Jason Ryan said in a statement. "They not only risk going to jail but also endanger their lives by entrusting smugglers to bring them across the water with little or no lifesaving equipment onboard

A Coast Guard crew towed the vessel transporting the migrants and suspected smugglers to the Lake Worth Inlet Coast Guard station for further investigation.