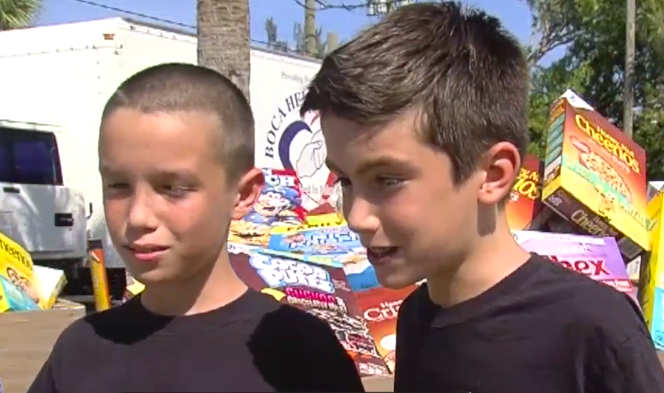 The Cereal Drive has expended to six more schools in the area. General Mills surprised the brothers with a major donation to their drive. six pallets of cereal. 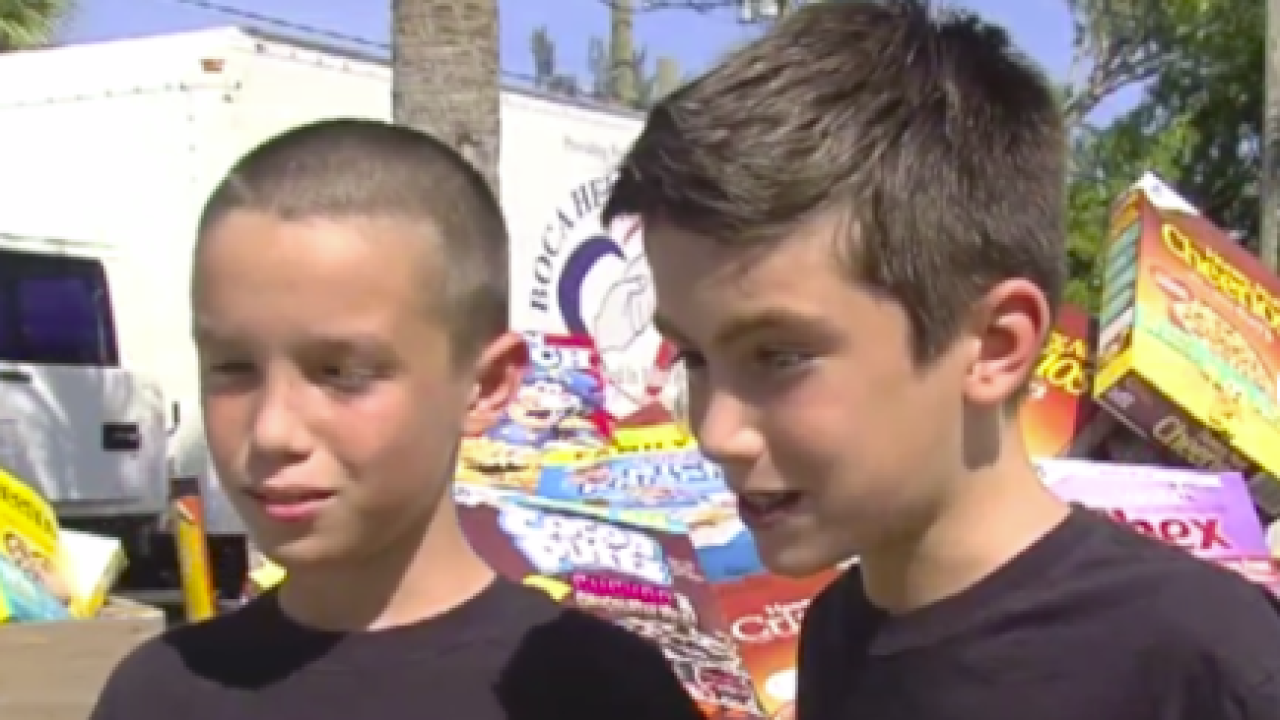 BOCA RATON, Fla. — Your mother always said breakfast is the most important meal of the day.

Apparently, a couple of young brothers in Boca Raton heard that message loud and clear because they started a cereal drive for Boca Helping Hands at Calusa Elementary School a few years ago.

Jett and Luke Justin started the cereal drive when they were 8 years old.

Now the program has expanded to six more schools in the area. The class at each school that collects the most cereal wins a cereal party.

After three years of writing letters to General Mills about the cereal drive, the third time was the charm. This year, the twins' letter caught the attention of the General Mills cereal team.

General Mills surprised Jett and Luke with a major donation to their cereal drive -- six pallets of cereal that included more than 2,500 boxes!

"We think cereal is special. It's a great way to start the day and it makes you smile," said Jett and Luke Justin.

The twins started volunteering for Boca Helping Hands when they were 6 years old and said the food pantry had a lot of canned vegetables on the shelves.

The two wanted to give the underserved families a happy food so that's when they came up with the cereal drive.