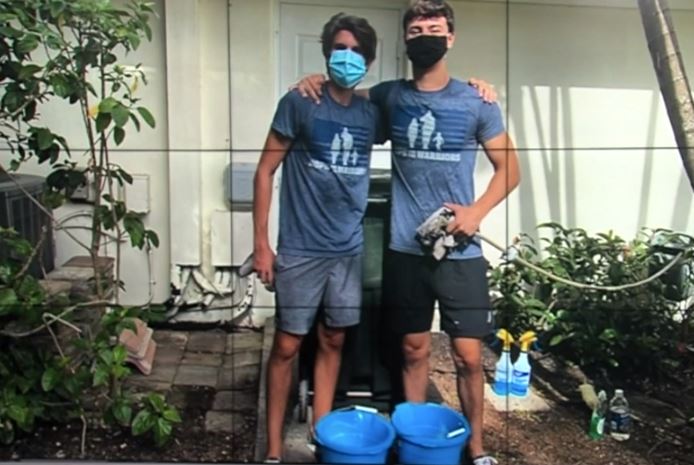 Moved by a passion for helping others, two teens from Boca Raton have teamed up to start a window washing business. But they don’t keep the money they make. Instead, it's all going right to military service members, veterans, and their families. 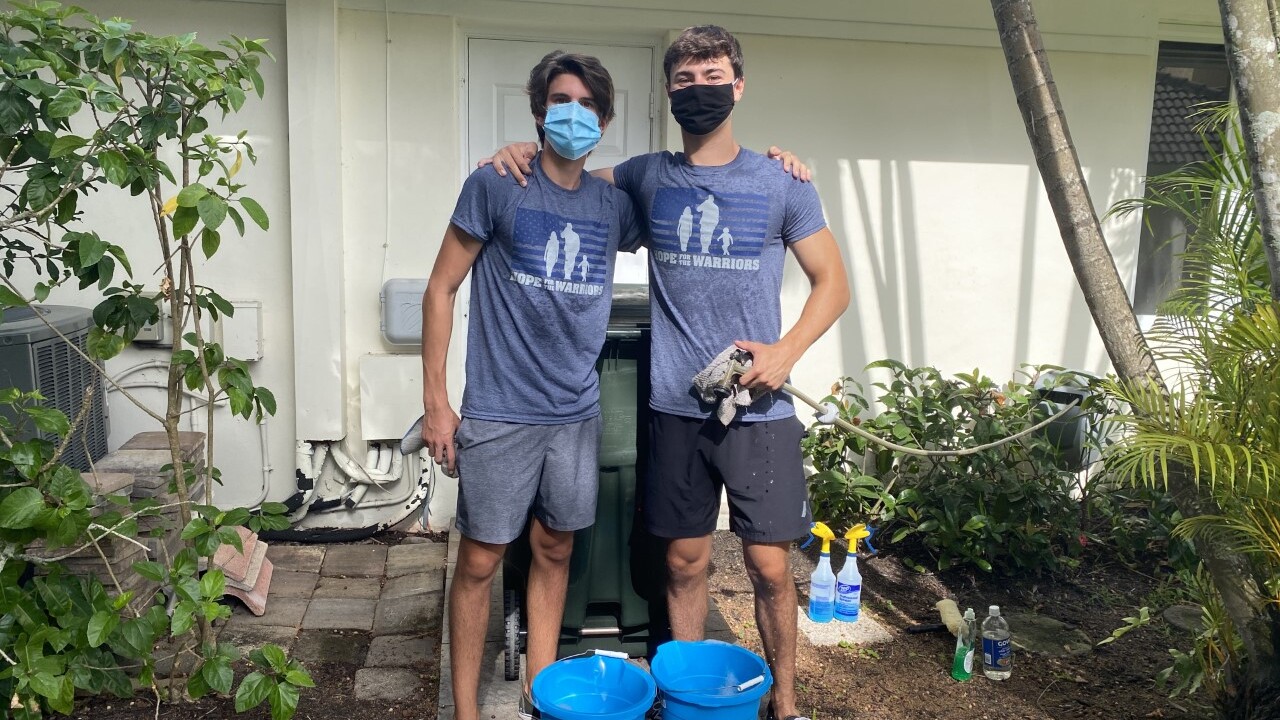 BOCA RATON, Fla. — Moved by a passion for helping others, two teens from Boca Raton have teamed up to start a window washing business.

But they don’t keep the money they make. Instead, it's all going right to military service members, veterans, and their families.

"They’re fighting for me and it’s so hard to wrap my head around why someone would want to do that. But I just have so much respect for them and everything they do, so we just have to pay it back to them," said Derek Fletcher.

It was nothing more than an idea to exert some positive energy into some free time. That small thought is now making a big difference.

"I used to do this as a side job about two years ago and I made a bit of money, but I figured I could have done it for a better cause," said Fletcher.

Fletcher’s grandfather served as a pilot in World War II which lead the two 16-year-old’s to look up groups that help service members. Their research connected them with a nonprofit called Hope For The Warriors.

"There’s not a selfish bone in their bodies. They’re working hard and they’re raising money. But most importantly right now, they’re raising awareness and that’s critical for many nonprofits as so much investment gets diverted into COVID-19 and social injustices," said Robin Kelleher, president of Hope For The Warriors.

So far, Fletcher and Chidiac have raised $2,500. They've even donated any tips some homeowners have given them for their work.

"We just started going around the neighborhood and knocking on peoples doors and putting fliers in peoples mailboxes," said Chidiac.

They have a goal of $10,000. They have taken their buckets and squeegees from Singer Island to Boca Raton and are willing to wash down anyone’s windows who will give them the chance. They also hope to inspire others to get out in the community and do some good, too.

"Look and see what you can do. Creative, innovative ways of raising money like washing windows. Who would’ve thought right?," said Kelleher.

The two teens plan to go away to college next year but hope Fletcher’s younger brother will take it over.

If you are interested in having your windows washed for our warriors, you can send an e-mail to washingwindows4warriors@gmail.com or call 305-833-2611.