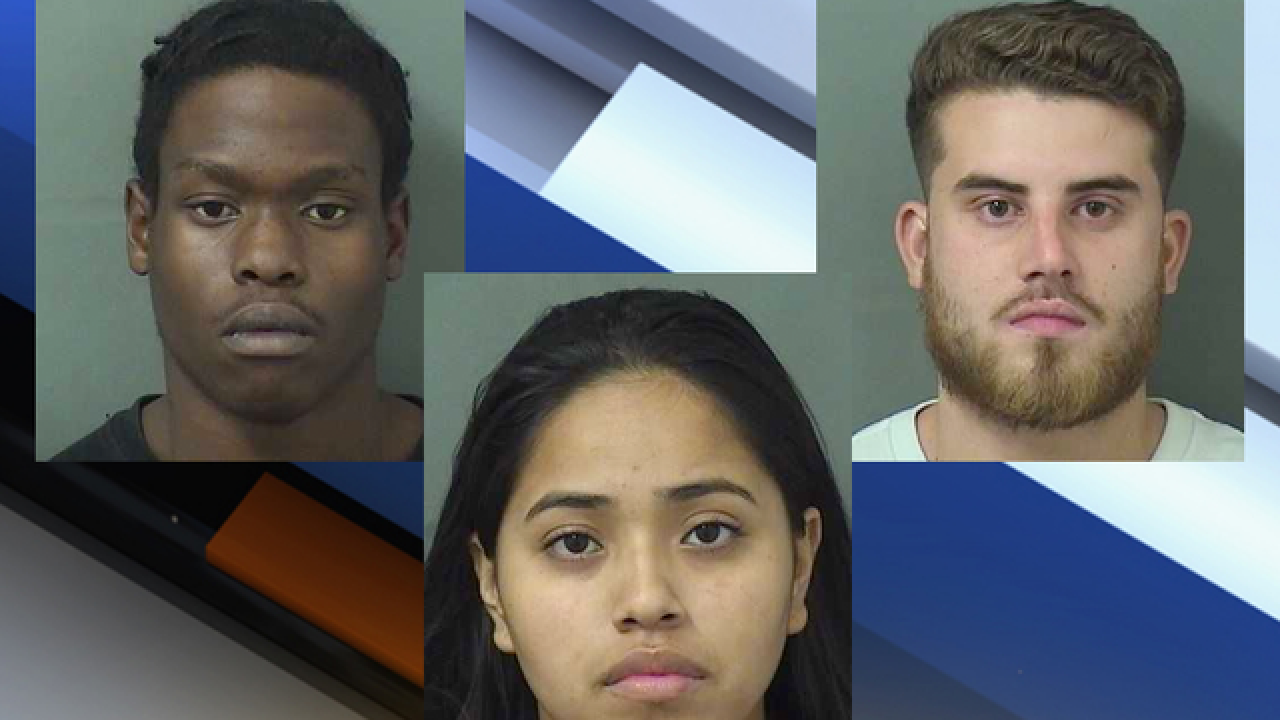 A male teenager was shot during an attempted armed robbery following a failed drug deal near the 3700 block of North Federal Highway Tuesday, according to Boca Raton police.

The victim and his acquaintance said they used Snapchat to set up a marijuana sale to a woman, according to a probable cause affidavit. However, when they arrived to make the transaction, they said she was in a car with four other people.

There was an argument and when the pair decided to walk away one of the men in the car tried to grab their bag which contained the marijuana, the report said.

At that point, a gun was pulled and a 16-year-old who was trying to sell the marijuana was shot in the buttocks, the affidavit states. The person he was with then said he fired a round "into the air" so they could make their escape. Police later said they discovered two spent 9mm shell casings, one 9mm bullet and $500.

Police said they detained the suspects and the car they were driving near 500 West Glades Road and discovered one of them had a black 9mm Glock pistol. They also found a Nike bag with marijuana in it, police said.

They face charges of attempted first-degree murder and robbery with a firearm.

The victim was transported to Delray Medical Center for treatment.

It is a traffic stop in connection with an attempted armed robbery investigation in vicinity of 500 NE Spanish River Blvd. @bocapolicehttp://t.co/YAxeH1HYnq