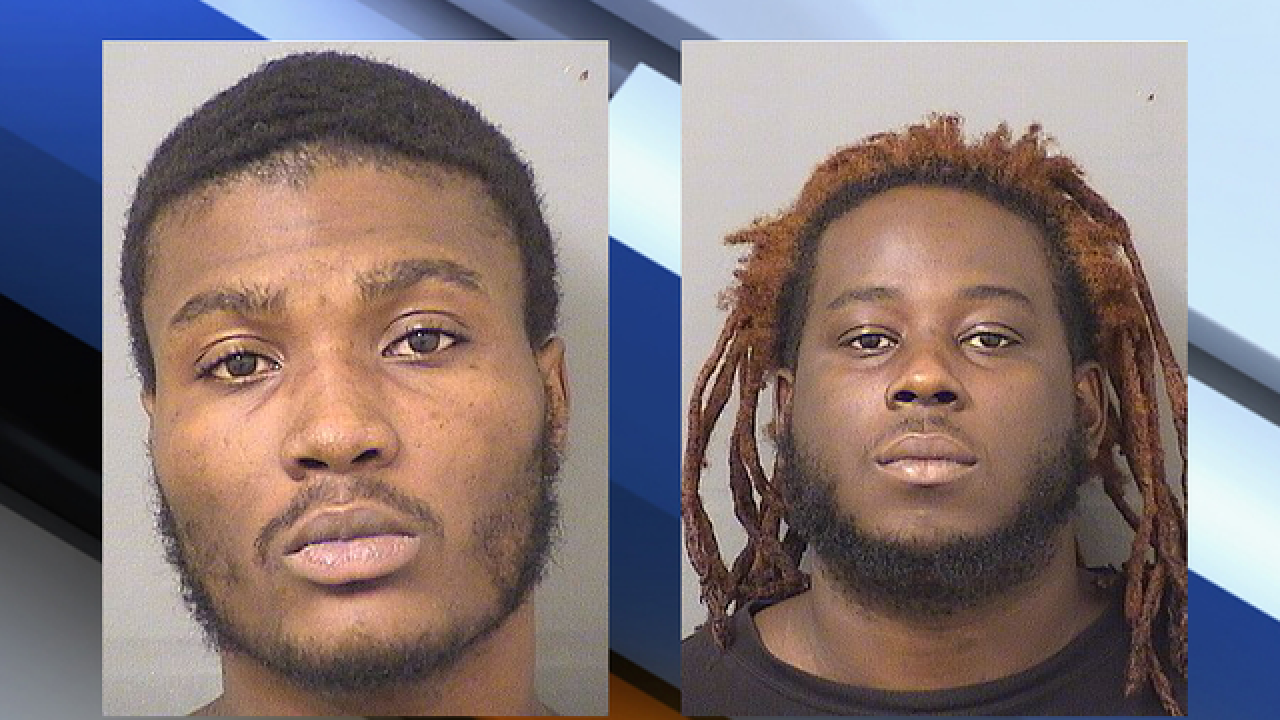 An employee told police he was taking out the trash when a man approached with what appeared to be a handgun.

He said the man followed him inside, demanded the opening of a store safe, stole cellphones from two employees and pulled a phone off the wall before leaving.

The employees hopped in a car and drove until they could flag down a police officer. In the meantime, police received a tip that the getaway car was a White Honda Accord.

Police said they spotted it at Yamato Road and I-95 and eventually pulled it over on the interstate near Woolbright Road.

Officers said two men were inside the vehicle as well as a 4-year-old relative of one of them. They said they also found an airsoft gun, mask, cash and the victims’ cellphones.

Police turned the child over to the Florida Department of Children and Families.