'We want to work with you,' councilman says 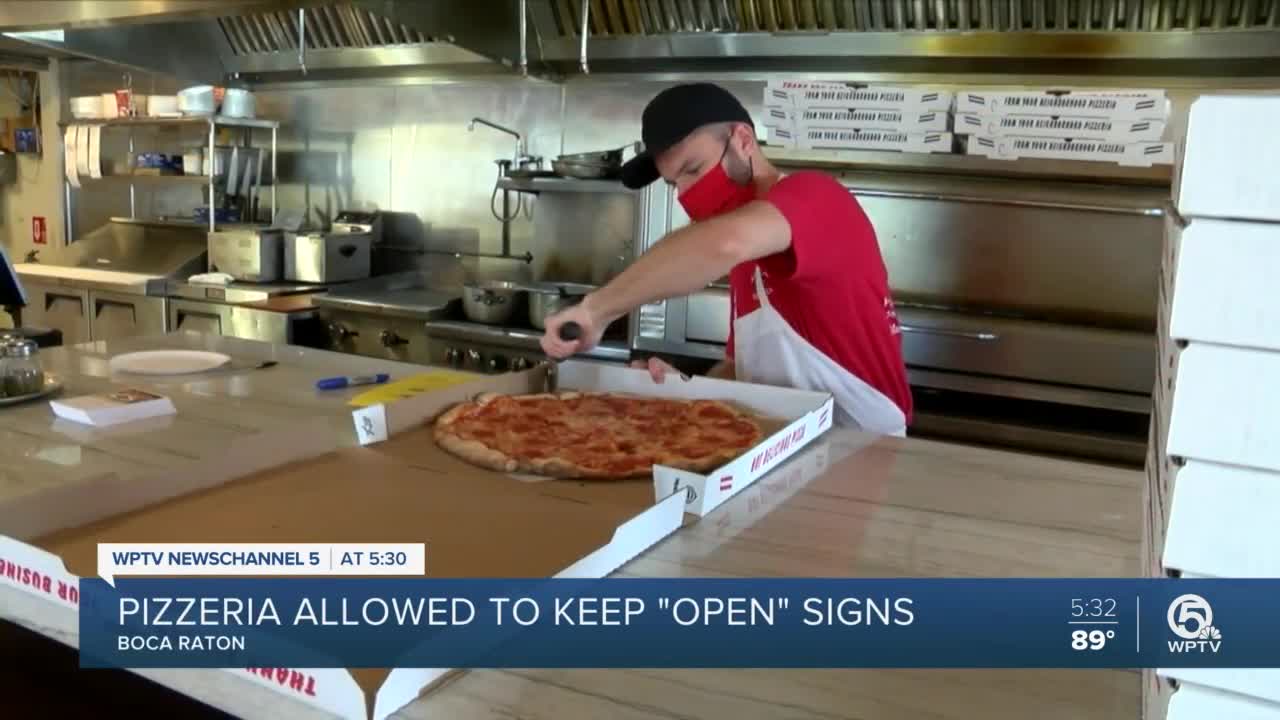 A Boca Raton pizzeria owner sought help from WPTV after he was told by the city to remove the "we're open" signs he placed in front of his business. 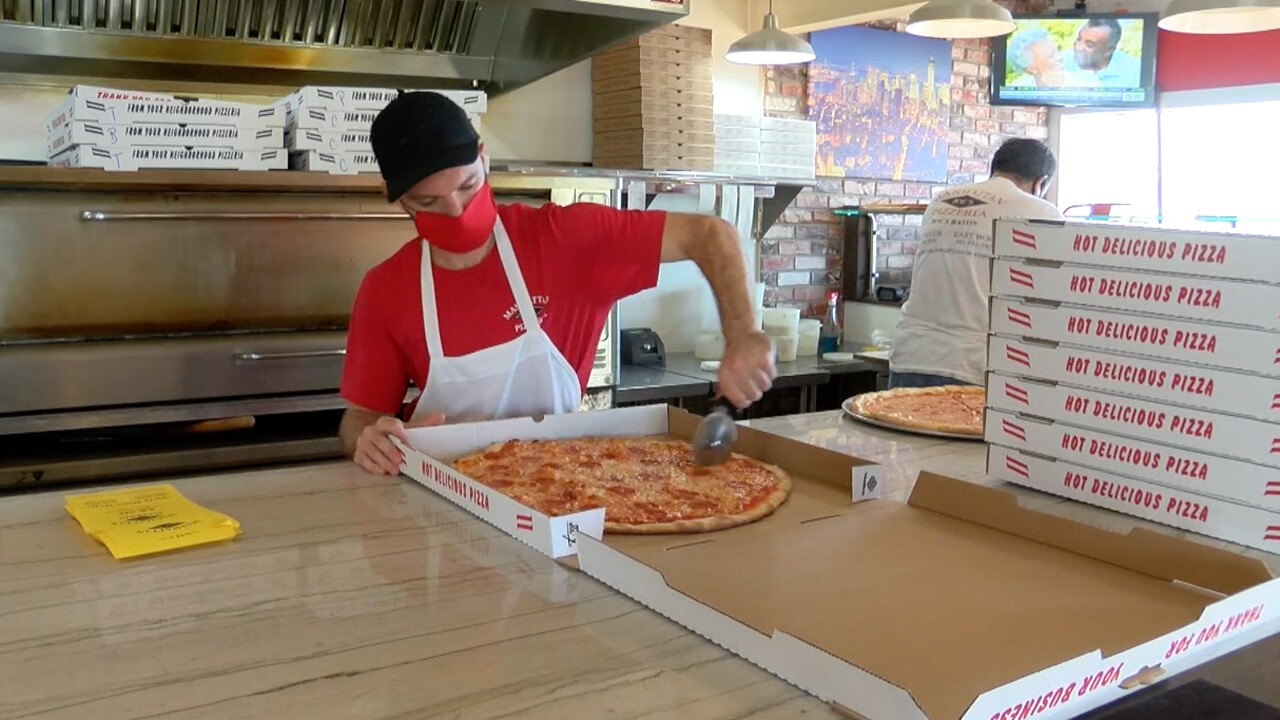 BOCA RATON, Fla. — A Boca Raton pizzeria owner sought help from WPTV after he was told by the city to remove the "we're open" signs he placed in front of his business.

Manhattan Joe's Pizzeria in Boca Raton has been dealing with COVID-19 struggles like many other small businesses.

"Business is down close to 50 percent at times," owner Joseph Chiapetta said.

He said the restaurant was also affected because their building is under construction, making it look like they were not open.

"A lot of people think we are closed," Chiapetta said.

So, he ordered some new flags to put out front to let people know they were still serving their New York-style pizza. He said the flags worked.

"We actually saw a little bit of an increase, which was nice," Chiapetta said.

However, code enforcement told Chiapetta this week that the signs violated the city code and needed to take them down.

When he contacted WPTV, we called city councilman Andy Thomson to see if there could be a compromise.

"We are trying to be as flexible as we can," Thomson said.

The councilman said the city is doing everything it can to work with area businesses and adjust to the changing needs. This includes Chiapetta, who needed some help with his 'we're open' signs.

While WPTV was at the restaurant Friday, code enforcement showed up and said the pizzeria could put their signs back up just not along nearby Boca Raton Boulevard.

"I am able to at least let people know I am still open under these circumstances," he said.

"You guys need every bit of help you can get," Thomson told Chiapetta.

Thomson said other businesses who might need help simply need to ask the city.

"We want to work with you. All you got to do is reach out to us, and I think we'll figure out a way to make it work," Thomson said.