The power of a pony is not to be underestimated. They have jogged the memory of an Alzheimer’s patient far into their memory loss, encouraged a child on the autism spectrum with an aversion to the taste of something cold to lick a popsicle, and prompted Sandra Seiden’s 4-year-old non-verbal son to speak. 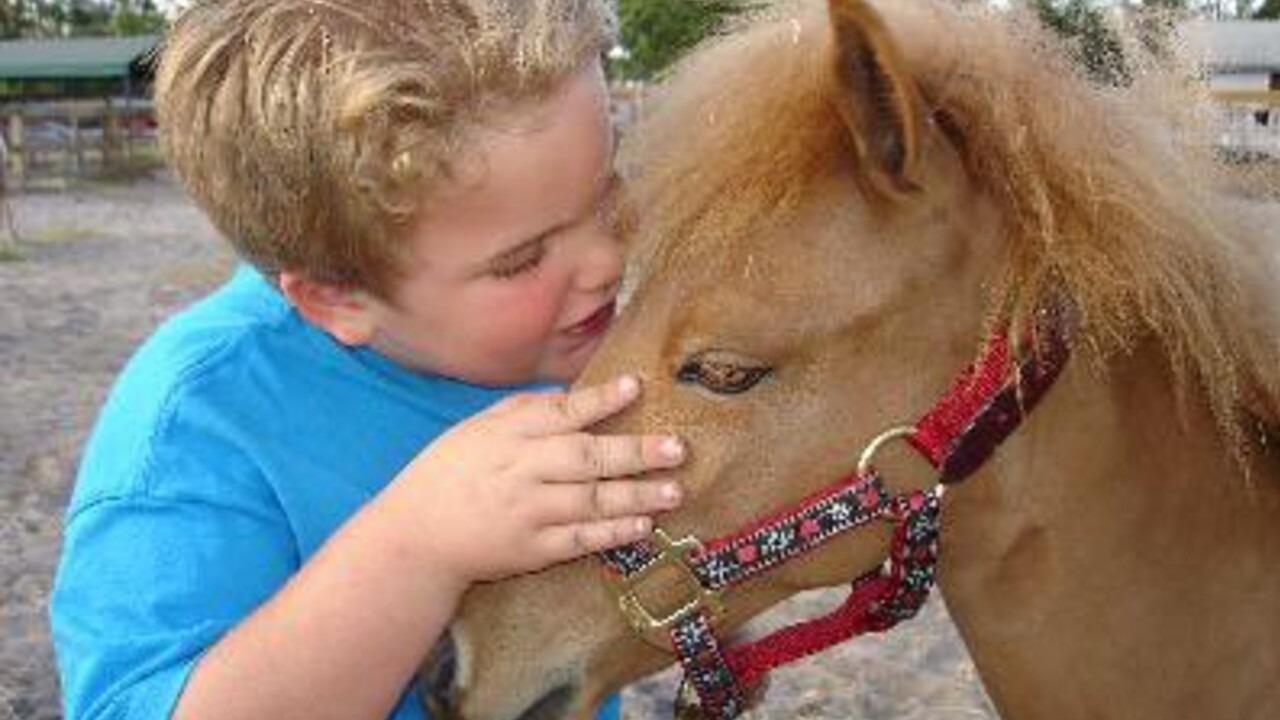 BOCA RATON, Fla. — The power of a pony is not to be underestimated. They have jogged the memory of an Alzheimer’s patient far into their memory loss, encouraged a child on the autism spectrum with an aversion to the taste of something cold to lick a popsicle, and prompted Sandra Seiden’s 4-year-old non-verbal son to speak.

That’s where the story of Personal Ponies Florida begins.

Seiden, the mom of four children, was determined to do anything to help her youngest undiagnosed son develop. While up late one night, she discovered a group called Personal Ponies and reached out.

"I figured, well, I’ll apply because everything is on a wait list with kids with special needs, so it’ll probably be a good eight years before our name comes up. And low and behold, two weeks later, she called and she had our very first pair of personal ponies," said Seiden.

That was nearly 17 years ago. The trained therapy ponies, Cookie and Sugar, arrived in Boca Raton.

"The day that they arrived, Jacob was four years old and he grabbed his mouth and he started squealing, my ponies, my ponies!” Seiden said.

Those were Jacob’s first words.

"His language exploded. He was a child who was not very independent and all of the sudden, he wanted to take the ponies for a walk by himself. I even found him pushing my hand away. He wanted to walk them, feed them, fill their water buckets. You name it, even help muck the stalls," Seiden said.

Seiden's mission to help her own son, who is on the autism spectrum and diagnosed with Prader-Willi syndrome, is now helping countless others around the state.

On a farm in west Boca Raton is where six therapy ponies now live, they participate in visits at the farm and also frequently hit the road.

"We see so much growth. Whether it’s a child that was born special or specially different, or a child that’s had an accident or some type of illness," said Seiden.

Seiden has witnessed some incredible moments watching children interact with her ponies.

"Children increases in attention span, ability to follow directions. You know, a child who normally collapses to the ground and doesn’t want to walk, wanting to walk the pony. So it really inspires them," Seiden said.

It’s not only children who benefit. Adults do, too and especially the elderly. Seiden has taken the ponies to visit several seniors over the years. One meeting in particular, is hard to forget.

"We once met a woman and she was pretty far into her Alzheimer's and she was hugging the ponies neck and her smile turned into tears. I thought they were happy tears and then she explained to me that when she was a little girl she had a white pony, just like Sugar, and when the war came, she had to leave her pony behind. The staff couldn’t believe that smelling this pony and touching and holding this pony in her arms had brought back this memory when she didn’t even recognize family members," said Seiden.

The therapeutic touch of these ponies has been far reaching, even through glass these days.

"They are very, very isolated from family, from visitors. They are not able to go out. Even certain facilities they’re not able to leave their rooms. We’ve done parades around buildings and I have fabulous volunteers who made big signs, inspirational signs," said Seiden.

Overcoming obstacles, spreading smiles, and making memories really sums up the power of a pony.

"They are unconditional, they are loving, they are as gentle as can be and they just really make such a huge impact on those that they service," said Seiden.

The ponies also visit rehab and detox centers to provide comfort to people battling addiction. Seiden lost another one of her own sons, Joshua, two years ago to that disease so empowering and inspiring individuals and their families who are going through it is another area in which she is very passionate about.

Personal Ponies Florida is a non-profit charity. You can find more information and connect with Seiden by clicking here.

If you know of someone else inspiring South Florida, please send us their story to InspiringSFL@wptv.com.

Sandra Seiden inspires. And that’s an understatement describing the Boca mom. Her son, on the autism spectrum & diagnosed w/Prader-Willi syndrome, wasn’t talking at 4. She tried everything.. including ponies. You won’t believe the healing power they now have across South Florida. pic.twitter.com/gNSt5z81oF