Republicans and Democrats are coming together to remember the life of the war hero from Arizona. And as those in Washington gather, a man in Boca Raton is reflecting on the time they spent together at a prison camp in Vietnam. 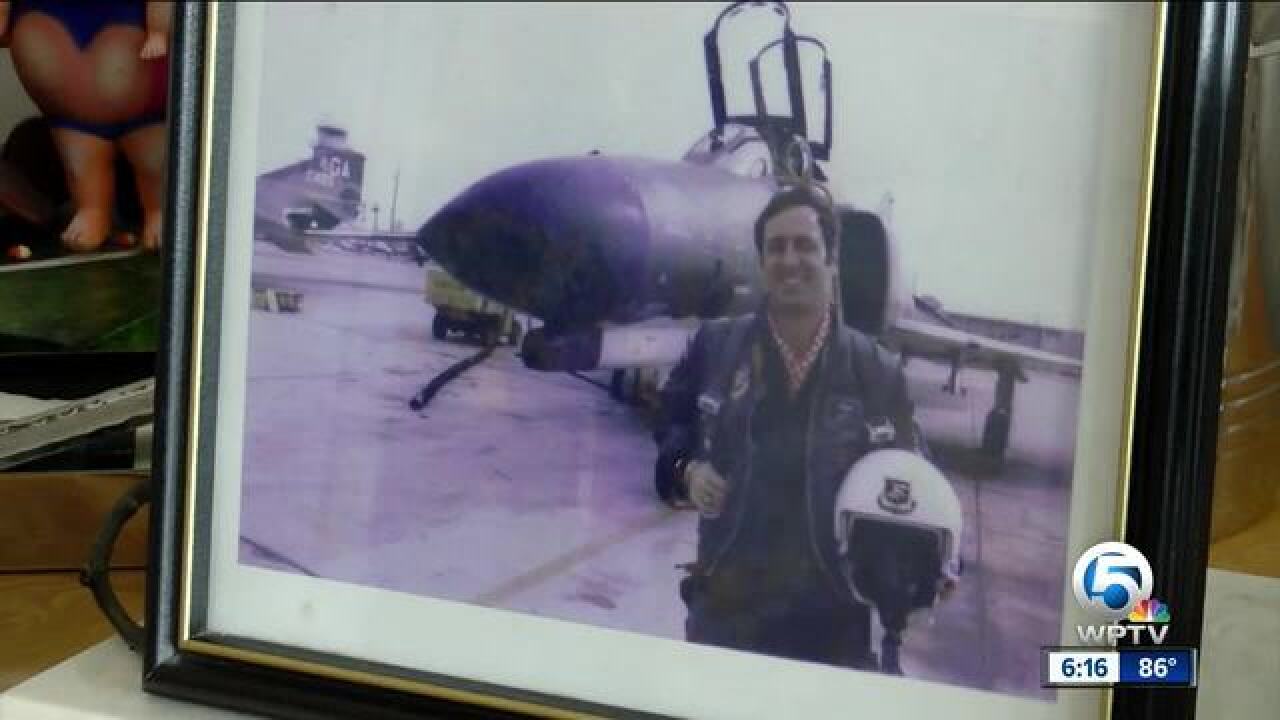 The nation continues to pay tribute to the late Senator John McCain.

McCain is being honored as he lies in state at the U.S. Capitol rotunda.

Republicans and Democrats are coming together to remember the life of the war hero from Arizona.

And as those in Washington gather, a man in Boca Raton is reflecting on the time they spent together at a prison camp in Vietnam.

On July 6th, 1967, Retired Lt. Col. Melvin Pollack was shot down on his 78th combat mission, just a few months after arriving in Vietnam.
He spent a year in a prison camp before an injured McCain was placed in the cell right next to him, forging what would become a lifelong friendship.

"Lotta memories in these books," said Pollack as he flipped through a memory book detailing all the U.S. Prisoners of War during Vietnam. "I remember the guys and what they look like."

Pollack reflected on the years he fought for his life at a prison camp in Vietnam during an interview with WPTV's Alanna Quillen.

The one saving grace -- a reassuring voice on the other side of his thin prison walls.

"We were kept in small isolated groups, so I could see him a little bit," said Pollack.

It was the MCcain -- a fellow combat pilot who also shot down and brought to the Hoa Lo prison camp.

"We talked through the walls. We had these metal drinking cups, you put it around the wall, wrap a towel around it, and talk into it," Pollack described.

They shared details of their lives, from their childhoods to their dreams.

And the two men built a friendship, despite the circumstances.

"I watched him fight off the North Vietnamese with his crutches," he said. "Considering how injured he was from his ejection and rescue and the terrible treatment we all had, he really remained feisty."

He spoke to McCain through the walls for nearly two years until they were moved to other prisons.

Pollack and McCain spent more than five years in the prison and were released in 1973. He didn't meet him until just before their release.

But, they still kept in touch over the years. He last saw McCain during an election fundraiser in 2016.

"He got very busy, as you can imagine in Congress," he said. "He appears to be about the only politician we have who was willing to reach across the aisle."

As the nation mourns McCain's death, the bond between Pollack and his friend on the other side of the wall will never fade.

"He was one of us and we were trying to survive hell," said Pollack.

Pollack continued his service in the Air Force and eventually retired. He currently works with the Boca Raton Airport Authority.