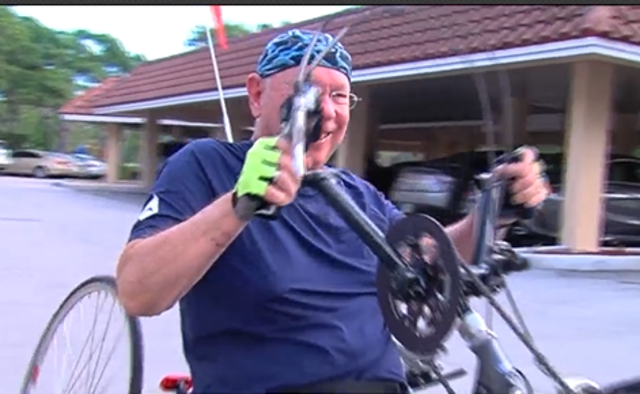 Gary Elsner of Boca Raton is proving that you are never too old to do anything in life. Elsner is almost 80 and confined to a wheelchair, but he is competing in is first marathon tonight. 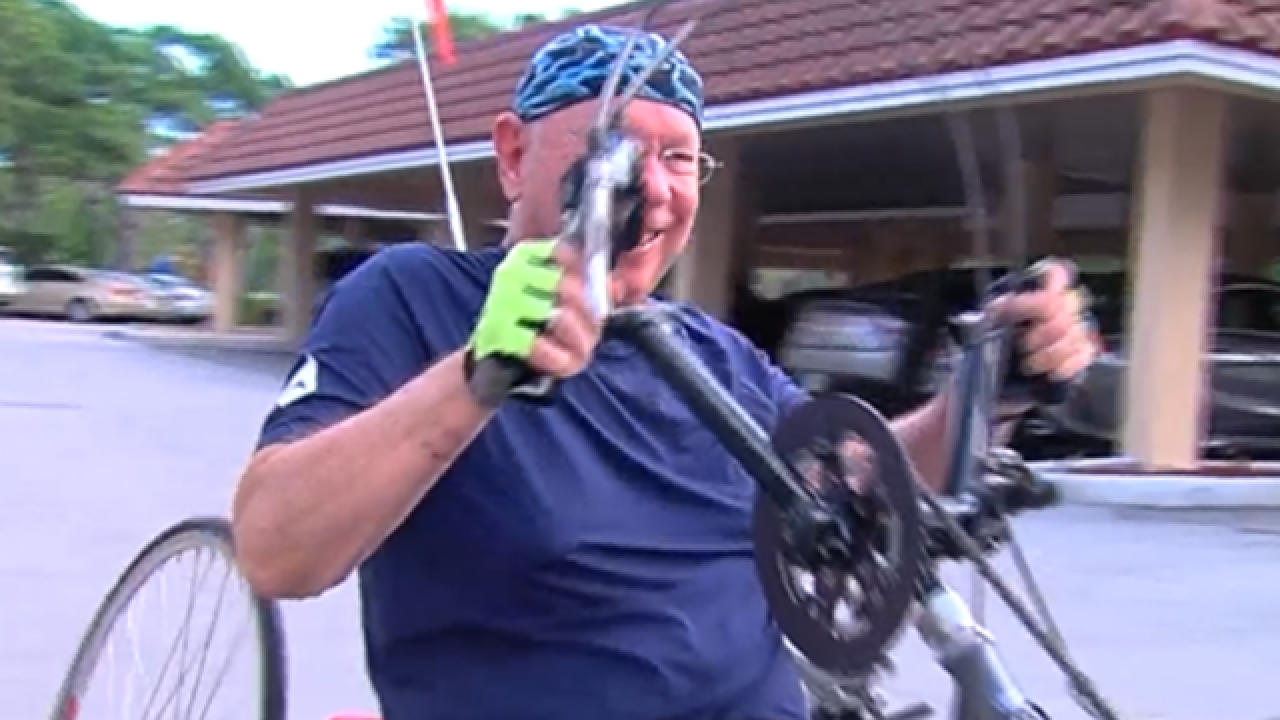 A Boca Raton man is proving hat you're never too old to do anything in this life.

Gary Elsner is almost 80 and confined to a wheelchair but he's actually competing in his first marathon this weekend at the Palm Beaches Marathon Festival.

To learn how he's defying the odds, WPTV's Alanna Quillen spent some time with Elsner this morning at his home at the Edgewater at Boca Pointe on Friday before his big race.

Elsner is 77-years old but he just begun a new outlook on life.

"It's really exciting," he said with a chuckle.

He's spent most of those years in a wheelchair.

"When I was 11, I got polio two years before the vaccine came out," he said.

Sports was never a part of his world until just ten months ago, when he watched a game of wheelchair basketball and decided to try it out.

"Within weeks, I was getting more strength and more cardio strength. And feeling better," he said. "It just mushroomed from there."

Now, Elsner is on a roll.

"Swimming, gym, scuba diving, racing, I do basketball and pool," he said, adding that he plays at least four different sports competitively.

Hand-cycling is among his favorite sports. He can knock out four to six miles riding around his senior community at Edgewater at Boca Pointe, an Acts Retirement-Life Community. He also keeps track of all of his activities in his fitness journal.

"Now, I feel like I'm getting younger and stronger," he said.

His trainer at Edgepointe, Oris Martin, said Gary originally came to her for help in gaining strength in his arms. He wanted to transition out of his electric motor scooter and into a wheelchair that he could move with his arms.

"I started him with weights and he just took to it like a duck to water," she said.

Martin says he's become so good at his activities that  he'll competing in the Palm Beaches Marathon this weekend in the 5K hand cycling race.

"A lot of people use their limitations as excuses. Gary uses his limitation as motivation. And that's the big difference," she said.

Gary says he wants to be an inspiration to others, young and old.

"I want to be an example and to see other people progress in their own lives," he said. "If you can come up with a sport that you love, get involved in that sport."

He says it's never too late to do what you love.

"Life's too short. You gotta have fun, crank it out while you're here!"

Elsner is also planning to organize fitness competitions and races within his senior community in the coming months.