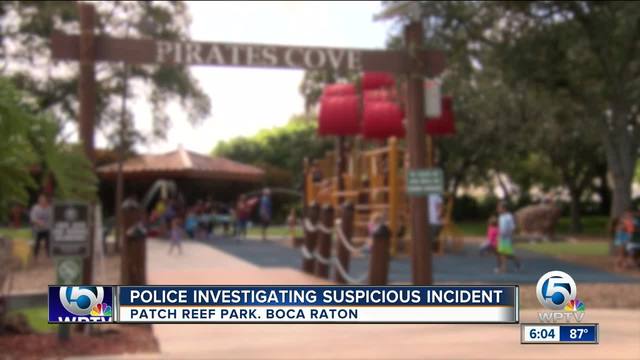 Police are looking for two suspicious men who were reported to be loitering around a children's playground in Boca Raton. 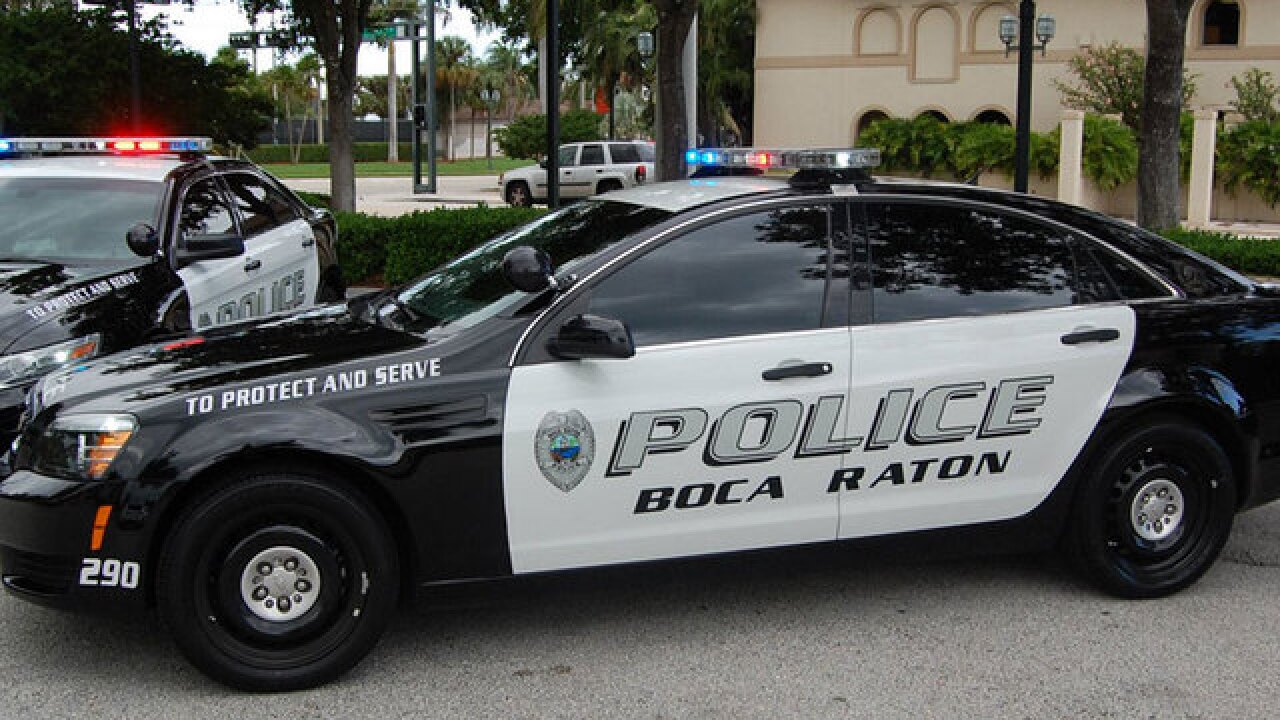 Detectives from the Boca Raton Police Services Department were able to locate the individuals a woman claimed were acting suspiciously at Patch Reef Park Thursday.

Investigators located the older black male, who is a nurse’s aide, and was visiting the park with an autistic white male in his care.

Both the park ranger on duty and the nurse’s aide confirmed to investigators they had a conversation.

The nurses aide said after the conversation he called across the park to his patient and both left. Nothing criminal was determined to have occurred.

BOCA RATON, Fla. -- Police are looking for two suspicious men who were reported to be loitering around a children's playground in Boca Raton.

Boca Raton Police received a report from a woman who noticed two "odd" men without children watching children playing on a playground at Patch Reef Park.

The woman said one man was a black male in his 60's and the other was a white man in his 30s, who had what appeared to be red "zip ties" in his pocket.

The woman said that when she approached the white man and said hello, he covered his face, walked away from her and got close to some other children and continued watching them.

She says when the black male on the opposite side of the playground noticed the woman talking to the white man, he yelled at him to come over to him.

The woman notified a park ranger of the duo's suspicious behavior and as the ranger approached them, they fled.

Police are reviewing surveillance video from the area and conducting additional interviews.

Boca Raton Police say they have increased patrols in parks and are working with park rangers to increase security. They urge anyone to call 911 if you see something suspicious.