Fire crews respond to 900 block of Gardenia Drive on Thursday 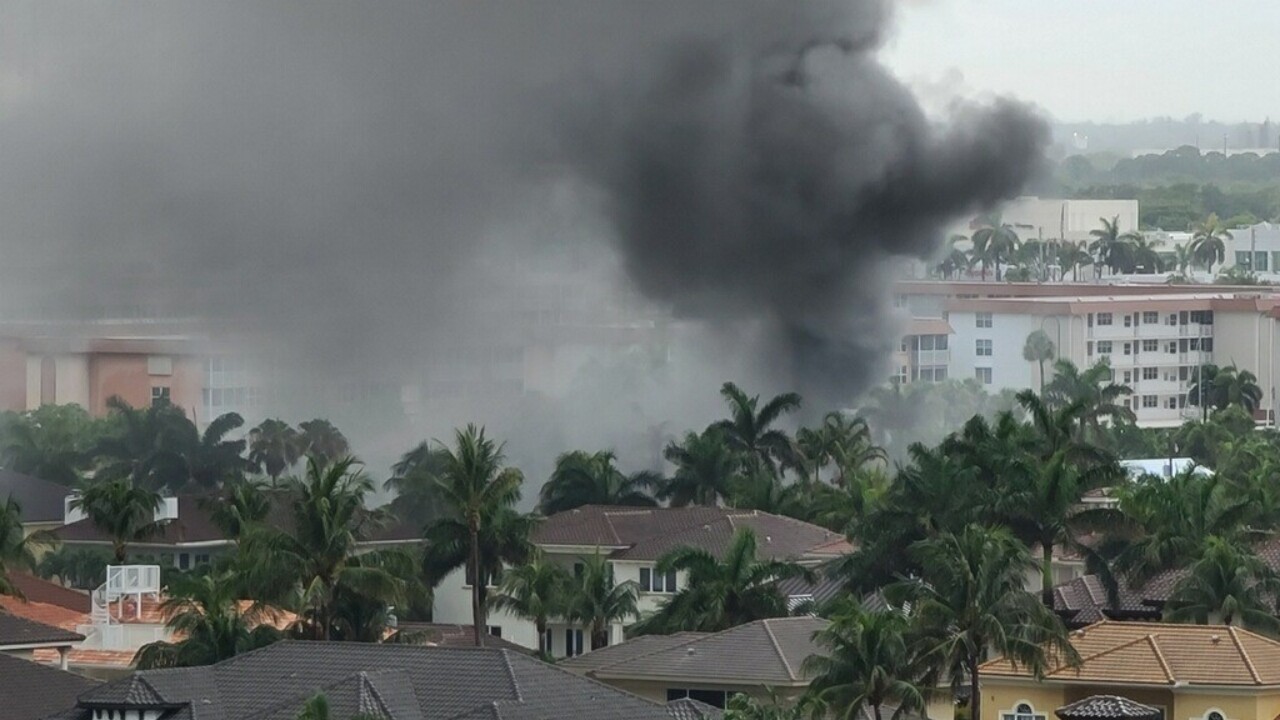 DELRAY BEACH, Fla. — Flames broke out at a home in Delray Beach on Thursday afternoon.

According to Delray Beach Fire Rescue, crews responded to a home in the 900 block of Gardenia Drive around 4 p.m.

Two people inside the home got out safely, but the fire caused extensive damage throughout the property.

Shortly after 4 p.m., DBFR responded to a residential structure fire at 924 Gardenia Drive that caused fire and smoke damage throughout the house. Two occupants got out safely. Cause is under investigation. pic.twitter.com/jvtqlTvNnz

A photo from a WPTV viewer showed a cloud of thick black smoke shooting into the sky.

The cause of the fire is under investigation.

Two burned vehicles sit in the garage of a home that caught fire today on Gardenia Drive. The Ted Cross will assist two occupants who got out safely. The cause of the fire is under investigation. pic.twitter.com/1dOuprv2rX