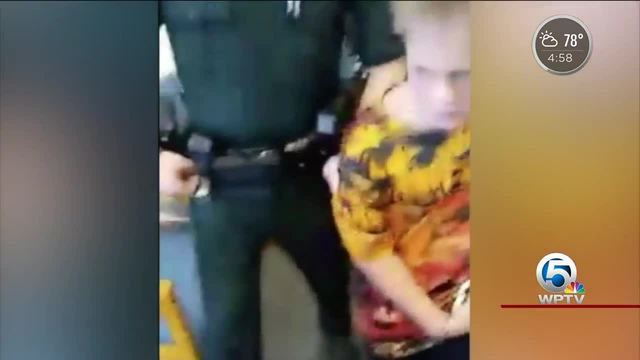 A boy in the autism spectrum placed in handcuffs and taken awy by sheriff's deputies, accused of attacking teachers and other schoo staff members 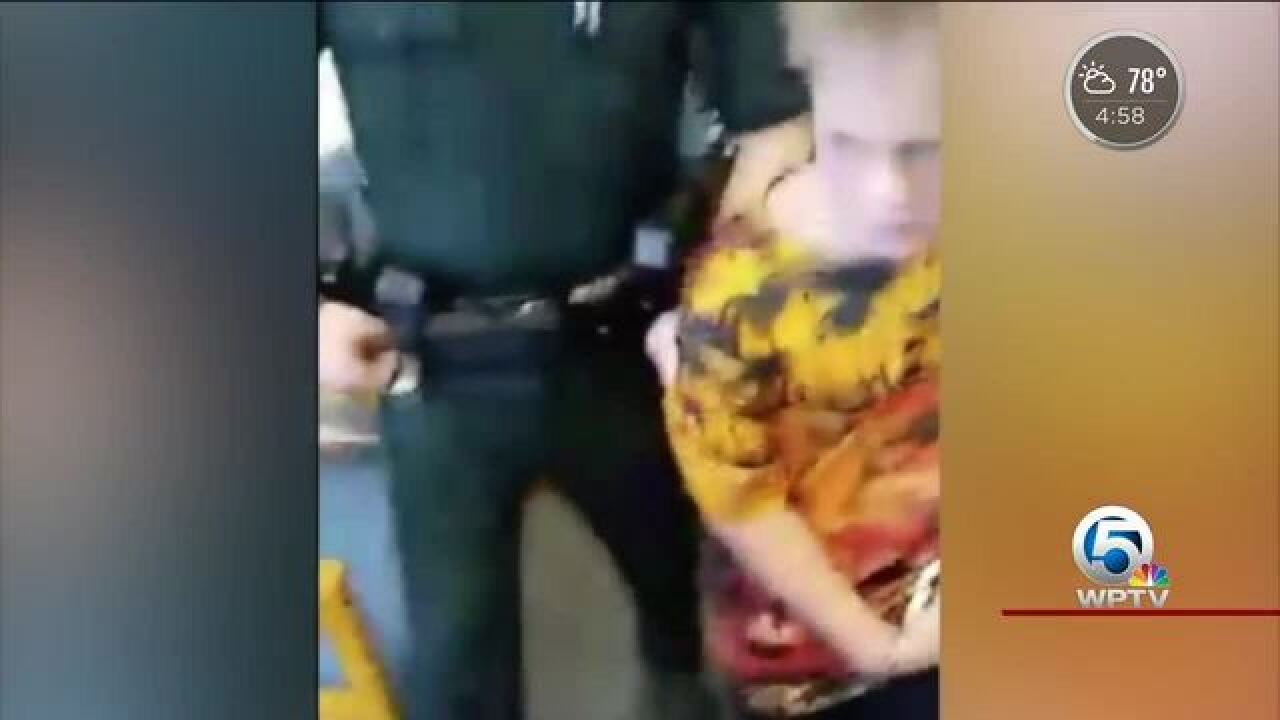 Ashley Albright, the attorney in charge at the Okeechobee County Office of the State Attorney, spoke out Wednesday on the case of John Benjamin Haygood, a child with autism who faces charges.

Haygood's mother, Luanne, recorded video of his arrest last April after he was charged with battery on a school employee.

Then on Feb. 12, the state added four additional felony charges against the 11-year-old for felony battery. Those charges stemmed from incidents in 2015.

“I don't see the point in putting up four more charges when he was 8-years-old,” she said.

On Wednesday, Albright said his office offered a diversion program to Haygood several times after his arrest.

He says the family turned it down, deciding to fight the charges instead.

“Because the case has dragged out so long I don't have a choice. I have to file them before the statute of limitations expires. Basically we went through with law enforcement and picked out four of the worst - there's probably well over 50 documented incidents.”

Haygood's mom says school officials should have more training to deal with kids on the spectrum.

“I know that the school has a lot of training on the persons that were involved, I've interviewed all of them personally,” Albright says.

Albright says they aren't looking to punish the 11-year-old.

“We're looking to get him the treatment, therapy and help the state can offer on a higher level than what's he's receiving.”

John Benjamin's next court date is scheduled for March 15.

“The state should be filing charges in good faith and not in retaliation. To date, the state has refused to identify what services will be provided in diversion. The state has stated that possibly anger management would be included, however anger management will not cure his ASD- nor will it provide him a free and appropriate public education. In addition the state has refused to investigate the actions of the alleged victims- it is believed that one aide filed criminal charges after he was investigated for abuse against JB. Another filed charges after filing for workers comp claims. All these adults were supposed to follow a behavior plan and filing criminal charges is not a proper behavior intervention listed on the plan. All the crimes charged related to problem behaviors identified by the school and for which there was a plan- they are all manifestations of his disability - ASD. This is nothing more than malicious prosecution of a vulnerable citizen"