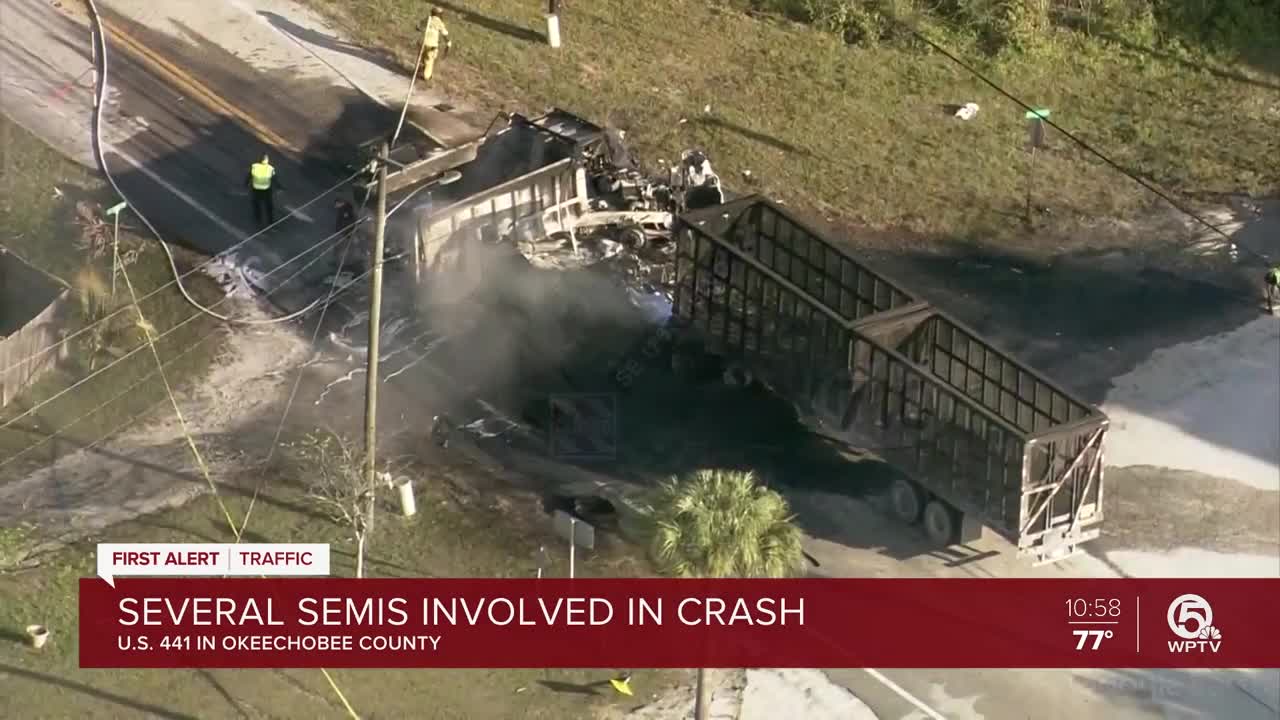 The Florida Highway Patrol says it is investigating a deadly crash in Okeechobee County. 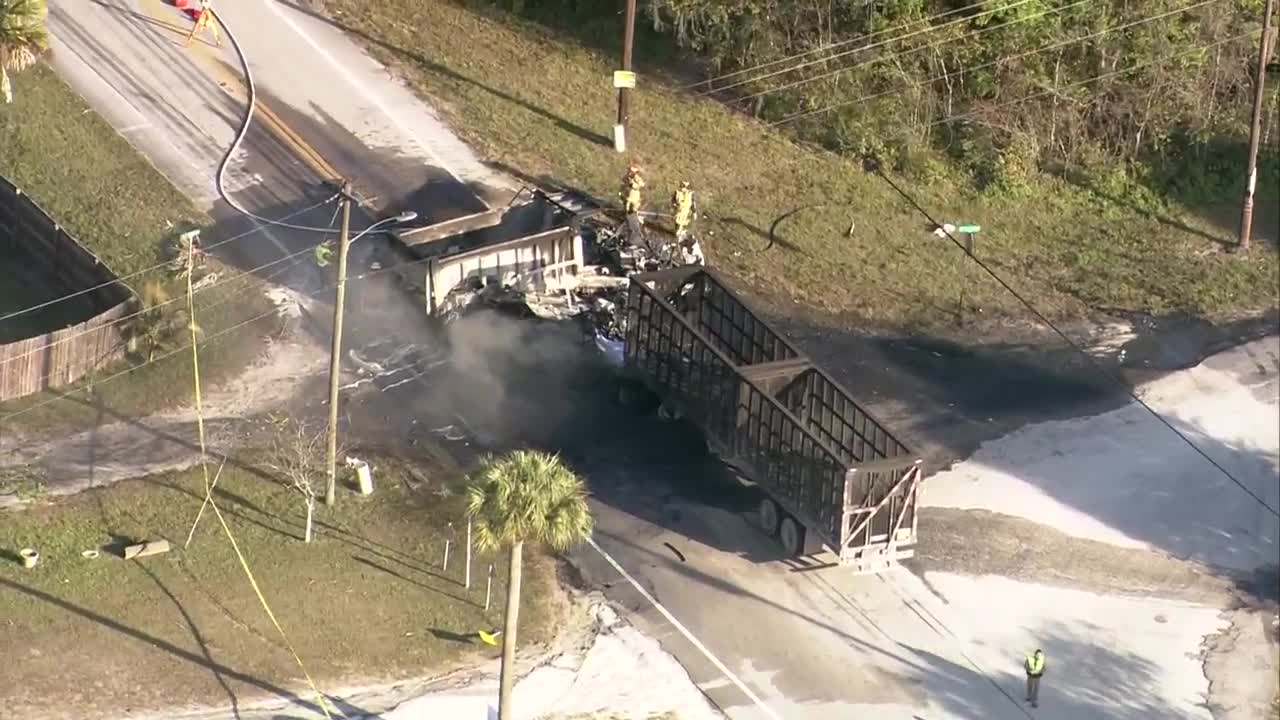 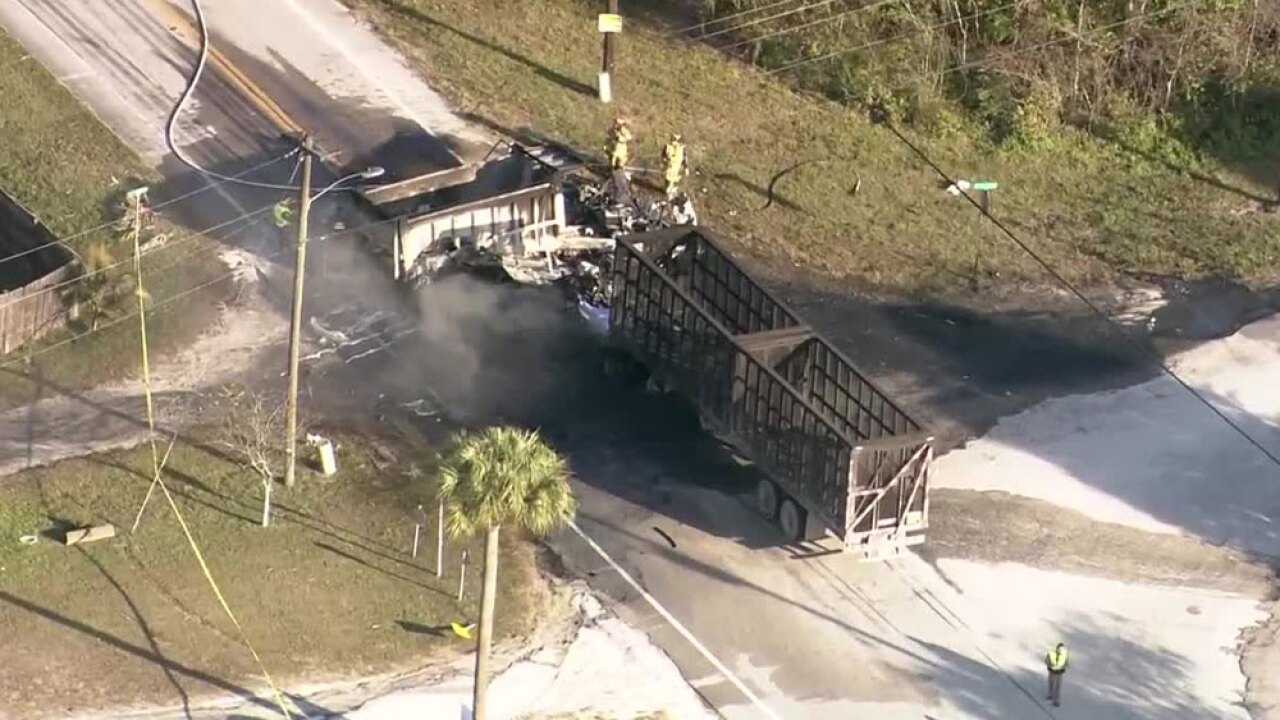 The four-vehicle crash that killed Crawford, seriously injured the driver of a 1997 PTRB semi-truck, 48-year-old Ivan Cruz of Okeechobee.
Cruz was transported to Raulerson Hospital.

The third driver, Timothy James hall, 30, of Okeechobee was not injured in the crash.

A fourth vehicle involved in the crash was unoccupied, according to FHP.

The Florida Highway Patrol says it is investigating a deadly crash in Okeechobee County.

Video from Chopper 5 showed what appeared to be a collision between two semis.

The sheriff's office did say that Highway 710 is open in both directions.

North and South at the intersection of SE 125th in Okeechobee remain closed due to the Fatal crash from this morning. Please avoid area if possible. https://t.co/4OC1z1iPjY pic.twitter.com/jMqrYlL34O