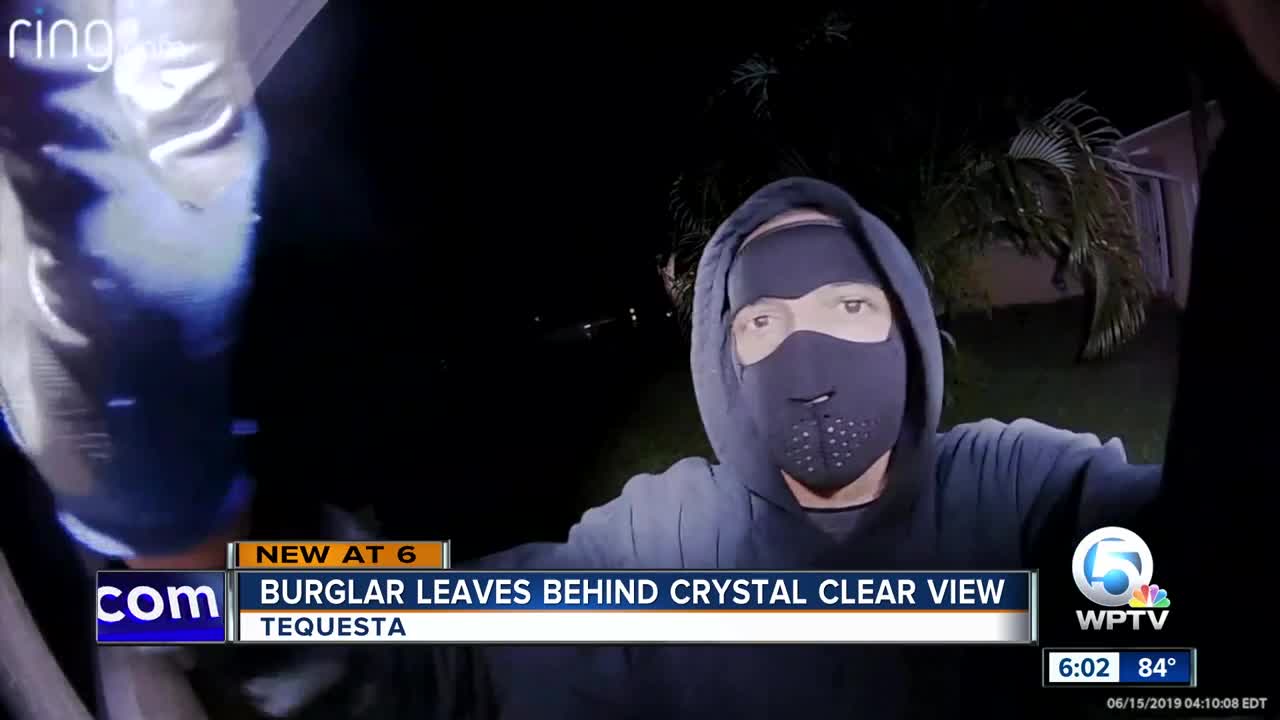 A burglar in Tequesta was captured on a home surveillance camera.

The home, located in the Bermuda Terrace neighborhood, has motion sensor lights that were tripped around 4 a.m.

Scianandre says she and her husband were stunned when they woke up and saw the text alert.

“They were way to close to my children bedrooms,” said Scianandre.

In the 1-minute clip you can see a person wearing sweatpants, a hoodie, gloves and a face mask flinch when the lights turn on. Moments later the masked person walks up to the lights that has a camera attached and manipulates them.

“It seems like there was a lot of planning,” said neighbor Michael Powers.

Not too far away, Powers had thousands of dollars worth of equipment stolen from his boat.

After finding his GPS had been stolen he went back to watch the security cameras and noticed the cords had been cut 24 hours prior to the theft.

“He was as tall as the fence and what he does is come out of here barefoot, looks left and right and then comes back in,” said Powers.

The Palm Beach County Sheriff’s Office is currently investigating the thefts. A PBSO spokesperson said investigators are praising the homeowner for the clear photo that their ring doorbell was able to capture.

“That was the goal was to deter someone from coming up to the house and it did exactly what it was supposed to,” said Scianandre.

As of Saturday night no arrests have been made. If you recognize the person or have any information that could help solve the crime you are asked to contact PBSO.