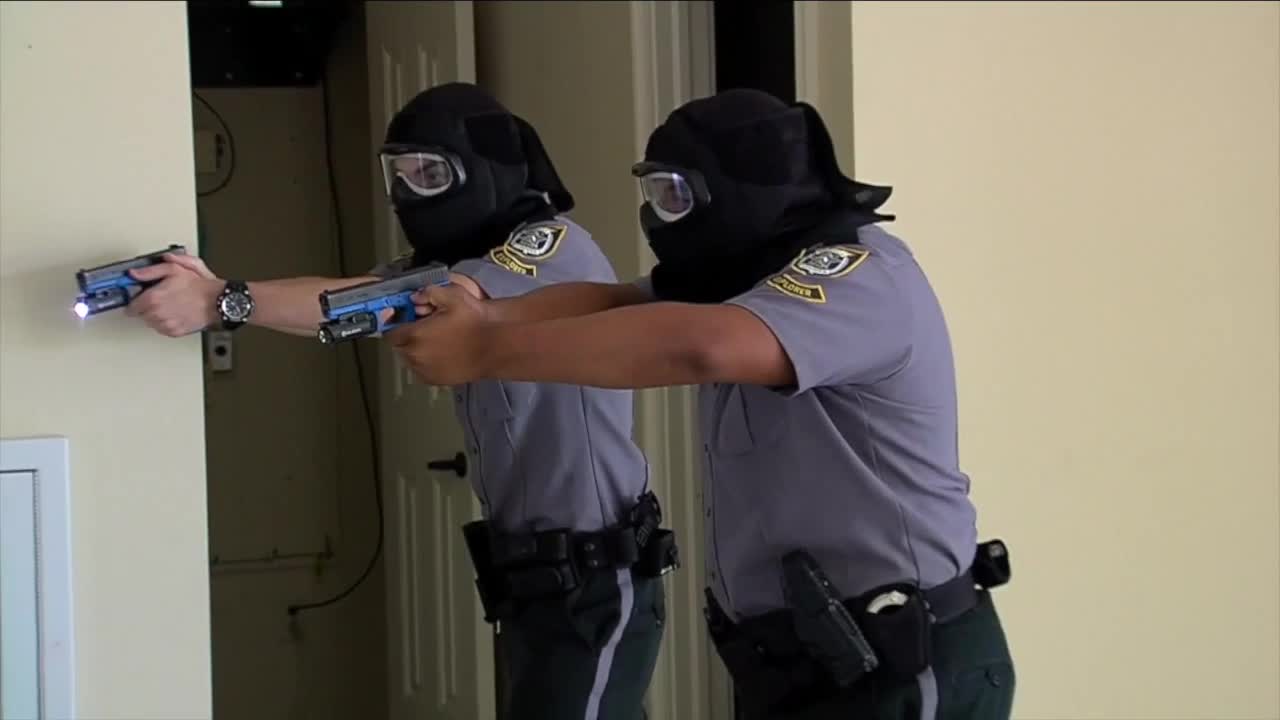 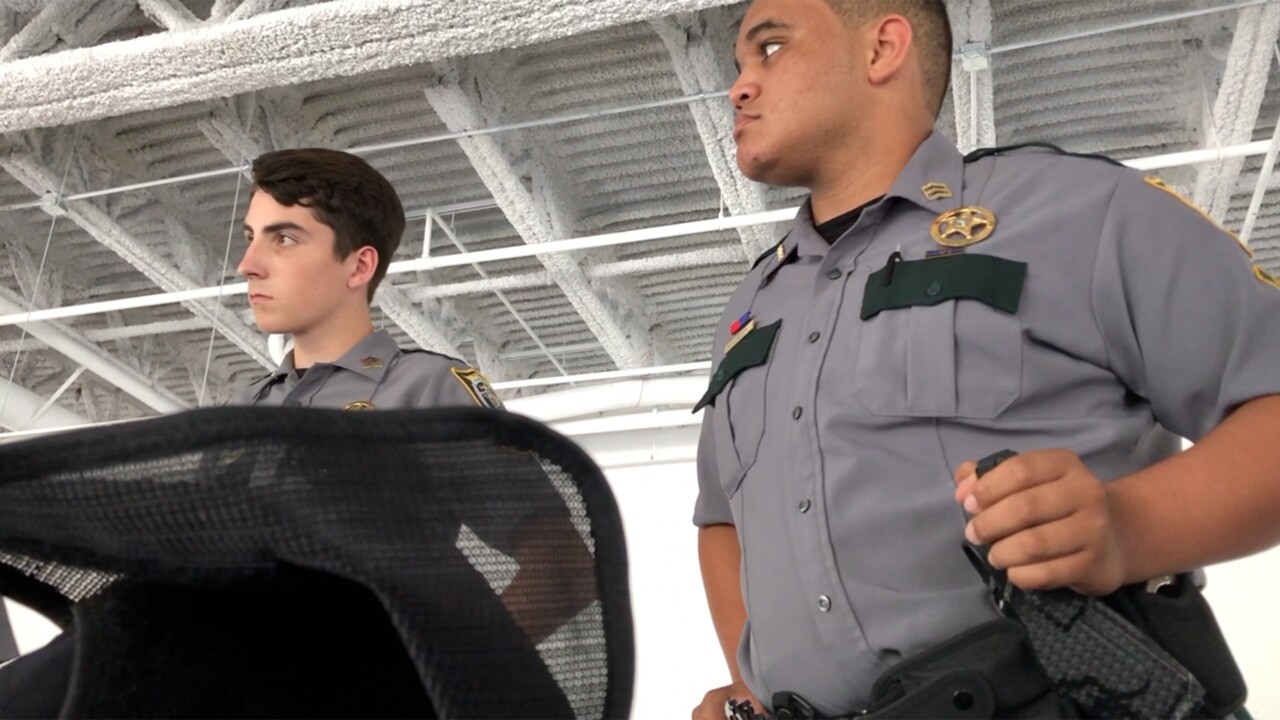 PALM BEACH GARDENS, Fla. — It's a day in the life.

Hundreds of young people are learning first hand what it's like to be a police officer through a program police say is helping bridge the gap between officers and the communities they serve.

This week, the Palm Beach Gardens police department is hosting the state wide competition for the Florida Association of Police Explorers program.

About 300 students ages 14 to 21 -- some local and some from chapters across the state -- are thrown into the shoes of officers responding to real life scenarios. Around 31 agencies from Tallahassee to the Florida Keys are in town to help put it all together.

Competition chairman and retired Orlando police officer Jay Smith said these youth are shown what a day in the life of an officer is really like.

“We have a crisis intervention, which is sometimes a domestic case. We do traffic stops, active shooter scenarios,” he said.

WPTV followed along as one of the teams went through the active shooter training.

David Redick, just 15 years old, was doing his best to stay calm and focused in his second year of competition. He’s in the program to follow in the footsteps of his uncle, a police officer in his native Orlando.

“My adrenaline was pumping! I was a little nervous at first,” he said. “You don’t have time, a lot of time to react to certain things.”

His teammates, including 19-year-old Jamie DePaolo, were right behind him in subduing the “suspects.” DePaolo has been to at least four or five competitions.

“First competitions can be exciting and scary for everyone but you definitely learn a lot,” she said. “Doing this helps me feel a lot more confident."

It’s all a simulation but it’s life changing training and perspective these students are getting at a young age.

IT'S ALL A SIMULATION but these young students are getting first hand training in what it's like to spend a day in the shoes of a police officer. It's part of the Police Explorers program and @PBGPD is hosting the statewide competition this week. Tune in @ 5p on @WPTV! pic.twitter.com/X8POBp6Tqc

“We’re learning that it’s being more than just a person in a uniform,” said DePaolo.

The students have trained and taken classes regarding these situations with their individual chapters, but this competition provides realistic interaction.

In the active shooter scenarios, one of the biggest challenges for police is not knowing where the bad guy could be hiding.

“At the end of the day, this is just training. When you’re out there on the street and it’s real, it’s real,” said Smith. “The things they take away will help prevent them from getting injured, hurt,or actually saving lives in the community.”

The students are fitted with their own uniforms, protective gear, and blank rounds — which include rubber rounds and paint rounds.

“We want to make sure that when they come to these scenarios, they really feel like they’re acting like a real law enforcement officer,” said Smith. “So we try to develop the scenarios with all the equipment, all the gear they need to be able to accomplish and be successful in the scenario.”

Some scenarios involve actors. Judges include local and state law enforcement, which will observe the skill of each team in how they handle a given situation.

Smith says this experience is teaching kids to bridge the gap between officers and communities.

“To have a better understanding and not just the understanding of what they hear from other people or see in the media,” he said. “Our advisers, officers that bring these young people to these competitions, they spend a lot of hours teaching these kids. And they try to make them understand, that in this job, we’re there to do things for the community. For the safety of the community. To protect the community.”

The police explorers completion ends on Thursday, when trophies and awards will be handed out to the highest performing teams.

While Redick and DePaolo wrap up the competition this week, they’ll be bringing back home a newfound respect and appreciation for a potential future career.

“This program does help bring law enforcement and regular youth together,” said Redick.

“We’re learning that it’s not just a job. It’s more about being with the community,” said DePaolo.