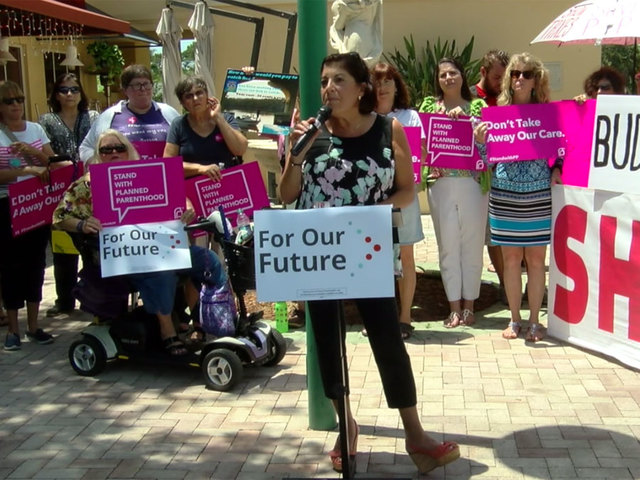 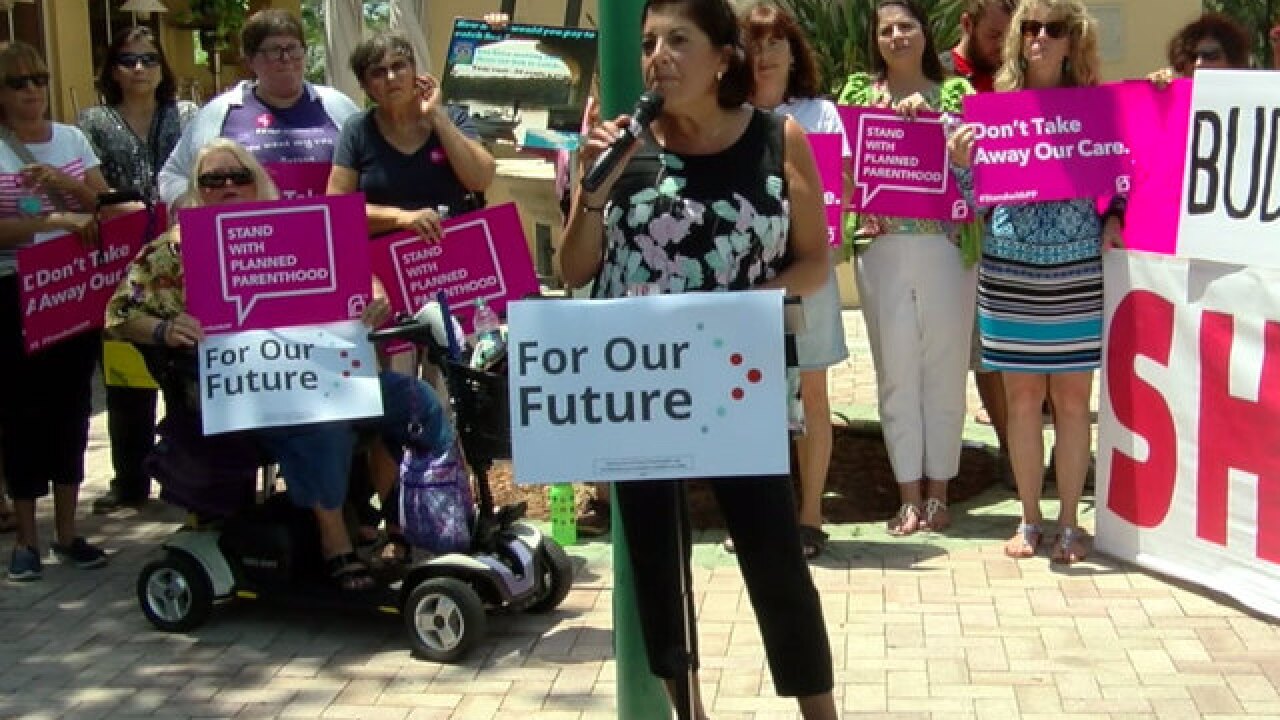 As senate Republicans work to figure out what to replace the Affordable Care Act with, worry continues to spill over the people whose healthcare lies in the balance.

Hundreds across Florida took action on Tuesday, protesting outside of U.S. Sen. Marco Rubio's seven offices around the state.

Nearly two million people in Florida are enrolled in Obamacare, with about four million on Medicaid. Their healthcare future is up in the air as Sen. Rubio works with other republican senators on the new American Healthcare Act, also known as "Trumpcare".

From single mothers like Deanna Wade of Martin County, "Where are these dollars going to come from to take care of our children."

To mental health patients like Marie Talley, "If I don't have my medication, I could be in jail."

Even local nurses like Betsy Marble, "We worked hard to get the Affordable Care Act passed. Is it perfect? No."

Residents, pastors, volunteers with Planned Parenthood and other concerned constituents hoped to speak with Sen. Rubio about three specific requests: Commit to opposing any bill that increases the number of uninsured, ends the Medicaid expansion or Medicaid in general, or eliminates protections for people with preexisting conditions.

Rubio is one of several republican senators re-writing the American Healthcare Act, which aims to repeal and replace Obamacare. We don't know what the new bill will cover and not cover, and that's why people like Elinor Josephson of Boca Raton worry.

"If [the new healthcare act] passes and it becomes the law of the land, with all of these pre-existing conditions, people won't be able to afford insurance. So it's just not the way it's supposed to be in the United States of America," she said.

Josephson has a pre-existing condition -- a congenital heart defect since birth. In her 50s now, she has had surgeries since she was young and continues to have procedures done to help her heart.

"Without health insurance, there's no way I could've afforded any of it. I was just in the emergency room two weeks ago. Those three hours -- and I haven't gotten all the bills yet -- would've cost $12,000," she said. "We need to have protection. We need to have coverage for anyone and everyone who needs it. This is not a luxury.. it's a right."

Susan Stutz suffers from cysts that constantly develop on her reproductive organs like her ovaries and breasts. She needs mammograms and scans every six months to make sure it's not cancerous and is relying on Planned Parenthood for assistance.

"If I don't know for certain if my cysts are just cysts, then my future is uncertain," she said.

With plans by the new administration to defund Planned Parenthood, Stutz wonders how she can pay for it on her own.

"I'm going to have to figure out how to pay thousands of dollars every six months to have the exams that I need to make sure I'm healthy," she said. "It's scary. When you take away the Affordable Care Act that so many of us rely on for healthcare and you replace it with something that resembles 'wealthcare.' And at the same you make a proposal for a budget that eliminates funding for Planned Parenthood...to think about a future where I don't get adequate healthcare is extremely scary."

After sharing stories, the constituents headed upstairs to Rubio's office but all they found was a locked door a note stating, "Out of office. I am traveling the district and I apologize for any inconvenience."

Richele Politano, a registered republican who has met with staff at Rubio's office, was surprised.

"Disappointed. Very disappointed. I've been to this office many times and this is the first time I've experienced this on our scheduled appointments days, which is usually Tuesday," she said. "Premiums are going up. The insurance market has been unstable and it's partly due to Sen. Rubio putting a cap on how much they pay out."

His staff said Rubio was busy with a plant tour in Palm Beach County Tuesday afternoon but is now heading to his offices in Miami and Pensacola this week.