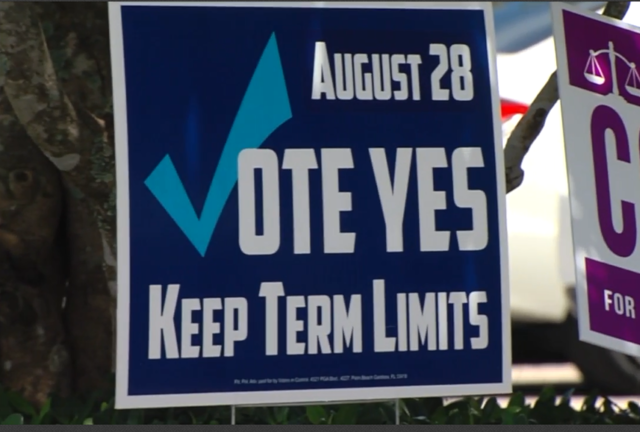 A sign in the Palm Beach Gardens election is causing controversy and has resulted in a lawsuit against the city and the Palm Beach County Supervisor of Elections. 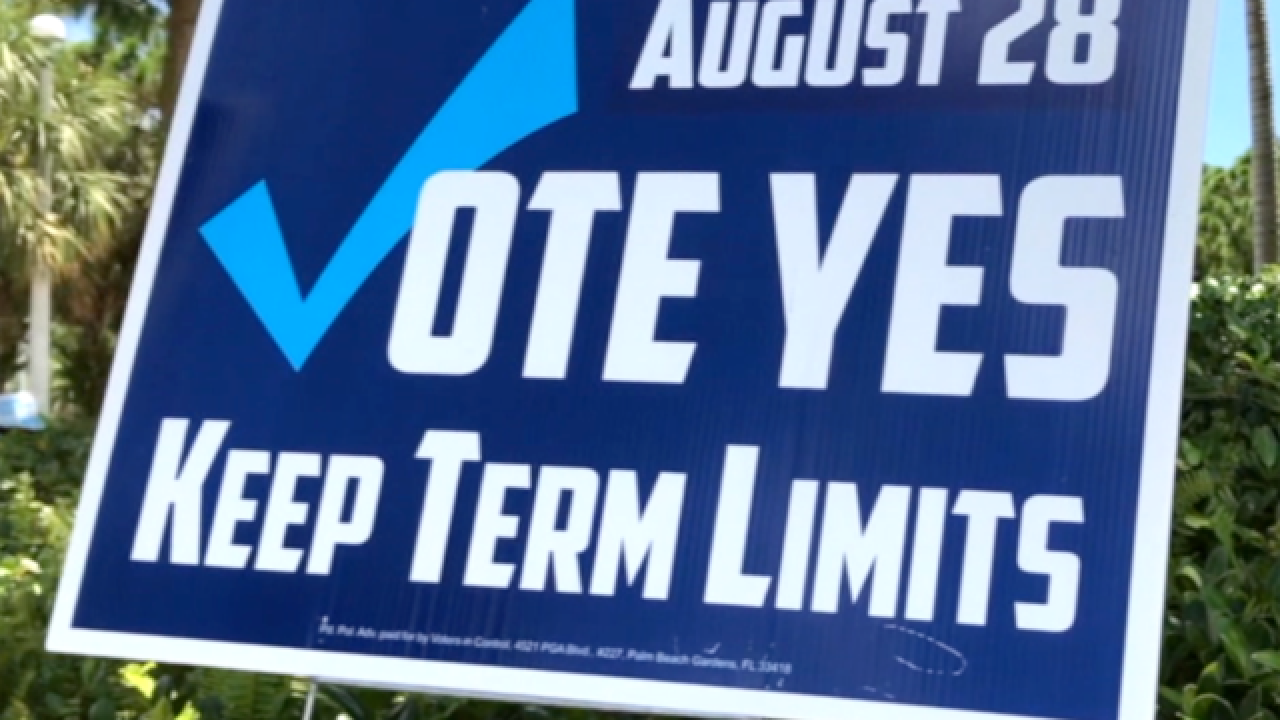 A sign in the Palm Beach Gardens election is causing controversy and has resulted in a lawsuit against the city and the Palm Beach County Supervisor of Elections.

Sid Dinerstein, a Palm Beach Gardens resident who filed the lawsuit, says the sign is more than just misleading.

“It’s a lie,” Dinerstein said. “They can’t tell that to the voters because they could never win if they did.”

Both sides, “yes” and “no,” are campaigning on the almost same slogan: “Keep term limits” vs. “Save term limits."

“It’s simply not an honest statement of what they’re trying to do,” Dinerstein said.

In addition, the lawsuit claims the city used public funds to influence the election.

“Governments are not allowed to advocate for referenda,” Dinerstein said. “For obvious reasons. They have unlimited funds.”

According to the lawsuit, the city hired Cornerstone, an outside company, to manage and execute the city’s campaign to get the three ballot questions passed.

Question one is about term limits. Question two is about amending the charter. Question three is regarding the city manager.

The city responded with a statement to WPTV saying:

“This is the same type of last-minute political tactic used during previous elections. (…) This lawsuit is an attempt to contaminate the political process by confusing voters and bullying the City. (…) Furthermore, we have not coordinated with any outside group.”

A judge threw out two of four questions from the March ballot, saying they were misleading after Dinerstein filed suit.

Read the full statement from the city here:

"This is the same type of last-minute political tactic used during the previous election. The City of Palm Beach Gardens has been conducting a public education program for over 6 months. Mr. Dinerstein & Mr. D’Loughy’s timing is deliberate. Our campaign in this election is the same as our campaign in the March election.
This lawsuit is an attempt to contaminate the political process by confusing voters and bullying the City. The points of their lawsuit are completely speculative and not based in fact. By attempting to stop the election, they are taking away the people’s democratic right to vote on the form of government they prefer. Why would anyone attempt to keep residents from voting?
Mr. Dinerstein and Mr. D’Loughy’s political claims have already cost the taxpayers of this City $31,186 for the previous, still unresolved lawsuit and will likely cost at least as much for the lawsuit filed on August 22, 2018. While they criticize the cost of the City’s public education campaign, there is no mention of the expense created by their political antics that end in lawsuits.
The City’s public education programs have been conducted in a professional manner and Florida statutes allow for public funds to be expended to educate residents. With an expert elections attorney reviewing and approving all our communications in great detail, the City has done its due diligence to ensure that we are in compliance with election law.

Furthermore, we have not coordinated with any outside groups."