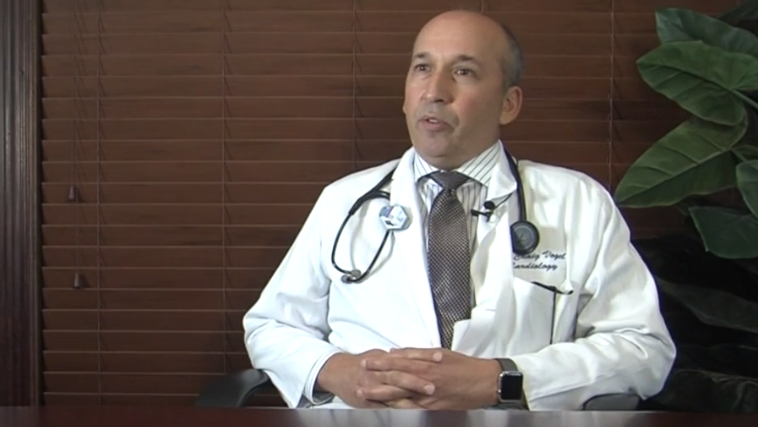 A Palm Beach County doctor was back in his office today after a very eventful weekend helping storm in the Bahamas. 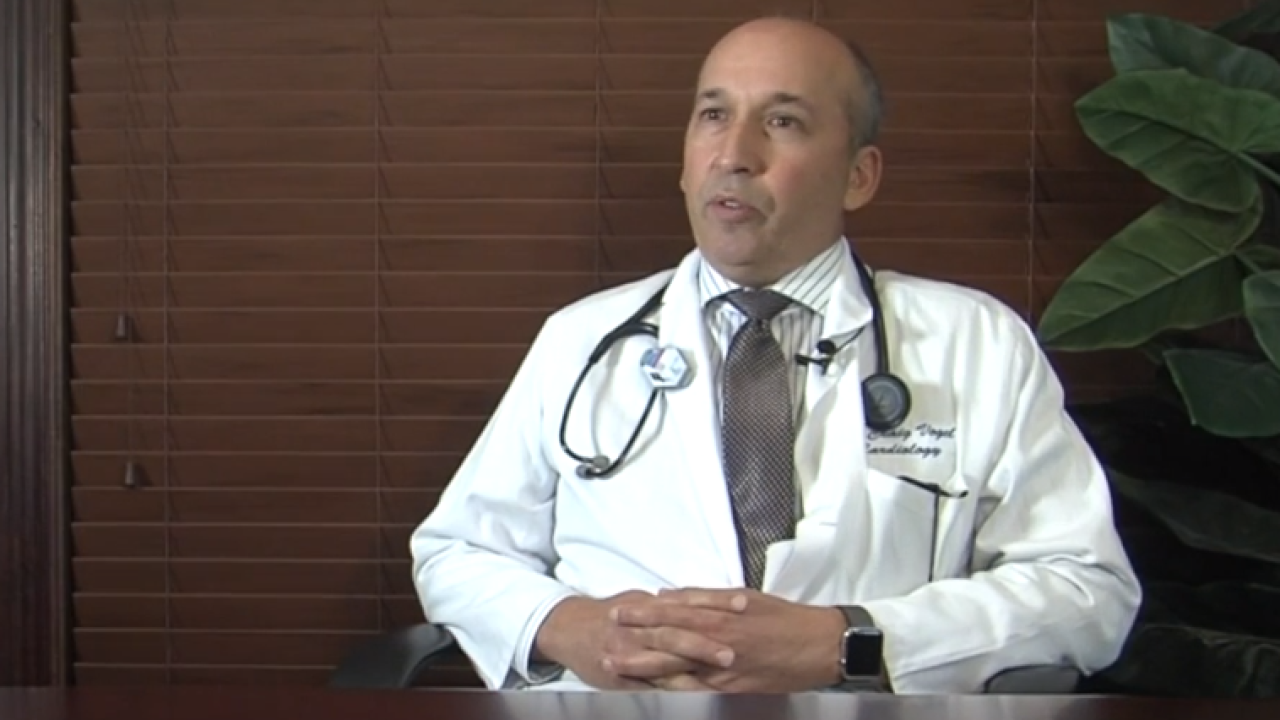 PALM BEACH GARDENS, Fla. -- A Palm Beach County doctor is back in his office Monday after a very eventful weekend helping storm victims in the Bahamas.

His journey ended up taking a turn, sending him to the skies to help save a man’s life.

Dr. Craig Vogel, a cardiologist with Palm Beach Gardens Medical Center, was just one of the dozens medical professionals who sailed from on the Bahamas Paradise cruise ship last Thursday to Freeport, Grand Bahama.

His team — comprised of two nurse practitioners and his own volunteer son — spent their weekend helping Bahamians coping with and escaping from Hurricane Dorian’s destruction.

Many of those storm victims were in dire need of medical attention.

“In the shelters, we saw some cuts, sprains, insect bites, that kind of thing,” said Dr. Vogel. “We also saw a number of people with hypertension, high blood pressure, may be related to the stress.”

He said many patients were also very dehydrated due to the heat and long lines that people were waiting in to get off the island.

After visiting three shelters and a clinic, Dr. Vogel said he returned to the ship with his colleagues, ready to set sail for home.

“I thought our work for this trip had been done,” he said.

WPTV had a camera crew onboard the ship at the very moment Dr. Vogel would be called into action again.

An announcement was made over the PA system asking specifically for a cardiologist to please come to the medical center onboard the ship.

“I got up immediately, responded to that call,” said Dr. Vogel.

The call concerned a Bahamian man in his 60s whose organs were shutting down.

“We kept treating him, giving him intravenous fluids and medications, and we saw that he was still deteriorating despite our efforts,” he said. “There was a good chance he wasn’t going to make it to West Palm Beach if we didn’t do something differently.”

Dr. Vogel worked with the ship’s leaders and eventually was able to request a U.S. Coast Guard rescue helicopter.

However, there was no spot on the ship for the helicopter to land so Dr. Vogel and the patient were hoisted one by one into the aircraft by basket.

Leaving all belongings behind, the group flew to Jackson Memorial Hospital in Miami.

“I stayed with him in the emergency room at Jackson Memorial for about an hour and a half to help the team there stabilize him,” said Dr. Vogel.

Dr. Vogel found a ride by car back to West Palm Beach to meet with the ship, his team and the rest of his equipment.

He said after a day, he found out that the patient is doing a lot better and is hopeful the man will make a full recovery.

“I wanted to give him every chance to make it, and I thought by being with him, that would give him the best opportunity,” he said.

Lonna Sare, one of the nurse practitioners who accompanied Dr. Vogel on the trip, said the need doesn’t stop with one trip.

We took supplies with us and medications with us to give the patients we saw started on medicine. We left supplies on the island at the few clinics,” she said.

She said medical professionals will be needed for the coming months to help storm victims with chronic conditions who have no access to the medical care they once had.

“I think medically, it’s going to be getting their medications to them. A lot of these people have chronic diseases that need to be treated and getting them their medicine is gonna be the main thing. They have no resources for that at this point,” she said. “Prescription medications, basic medications for diabetes and hypertension.”

If you would like more information on how to help the victims of Hurricane Dorian in the Bahamas, click here.