How to safely use a generator during an outage 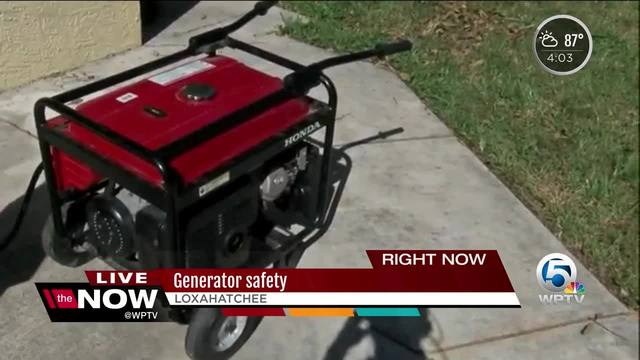 Here are some tips on how to safely use a generator to power items in your home while dealing with a power outage. 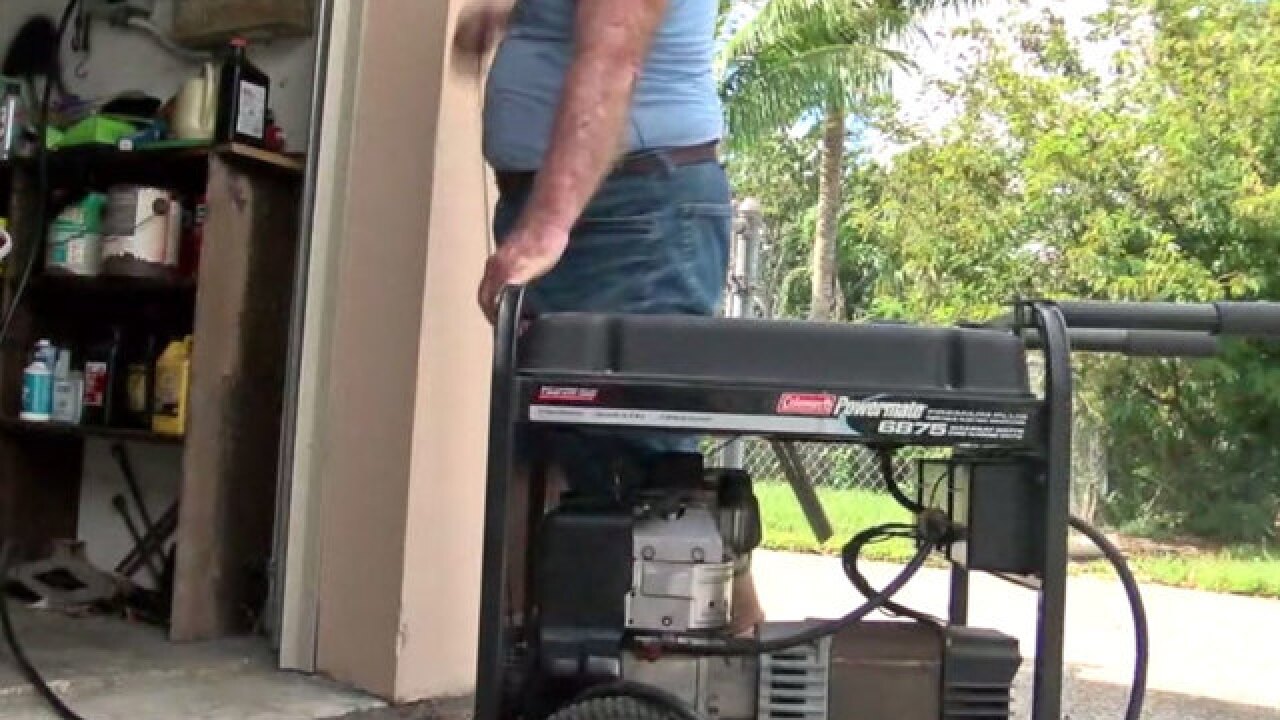 With nearly 90,000 without power in Palm Beach County generators are still running to help people stay cool in this heat.

But it can be deadly with several poisonings reported in South Florida this week. In Loxahatchee, one woman is dead and three more people were in the hospital after a carbon monoxide poisoning late Thursday night.

Those who have generators are urging others to be careful to prevent another tragedy.

If you're running a generator, make sure you have a carbon monoxide detector and keep the machine outside of your garage.

Palm Beach Gardens residents Dennis McCarty is worked hard during the power outages to make sure his wife is comfortable.

"Gotta keep mama cool or just forget it!" he joked.

During the power outages this week, the retired Pratt-Whitney mechanical engineer needed to keep the house cool for Sondra, who's disabled and requires a breathing machine.

"I have some breathing issues and it's very important that I have my oxygen and the air conditioner," she said.

He hooked up a generator to their home but made sure to be safe and smart about it.

"Keep it outside because it's carbon monoxide and you can't smell it."

In the Loxahatchee case, a garage door was open, allowing exhaust from the generator to get inside.

Dennis closes the garage door to keep the fumes out. It's also suggested to point the exhaust pipe away from the house.

"All I have to do is just pull the generator out about three to four feet, start it up and close the garage door," he said.

Inside the home, he even uses foam paneling to trap the air in certain rooms.

With power outages still high across the county, McCarty hopes others will take his advice.

"You're not breathing oxygen so you pass out and you die. The carbon monoxide replaces the normal breathing air and you die from it," he said.

We spoke to St. Mary's hospital the only one in the county that has a bariatric machine to treat people suffering from carbon monoxide poisoning. We were told they've treated dozens of people this week.

Symptoms include dizziness, nausea and vomiting.

Click here to read more about what you can do to safely use your generator.