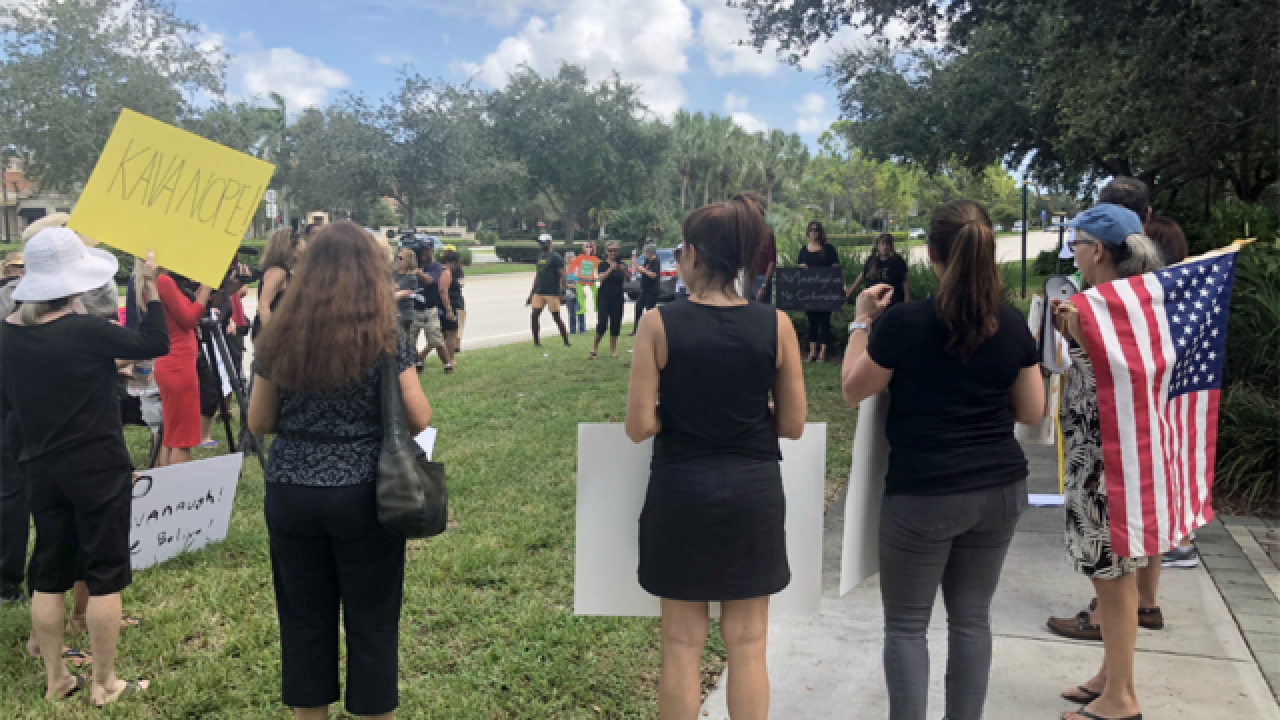 PALM BEACH GARDENS, Fla.-- Hundreds of miles away from the nation's capital, sexual assault survivors, family members, and others gathered along PGA Boulevard in Palm Beach Gardens to share their opinions about the Senate hearing on Brett Kavanaugh and his accuser.

Despite the theatrics, including a group of women dressed as characters in the Handmaid's Tale, the one thing many seemed to share in common is that they are calling for an investigation.

"I think we've got to get the truth and have an FBI investigation," said one woman.

"If this man has a blemish on his character, let's look into it," said another woman. "Why are they rushing it?"

The group gathered in front of Senator Marco Rubio's Palm Beach Gardens office and said they were urging him to say no to Judge Kavanaugh's nomination.

All the norms that once governed our politics & public discourse are gone. Today, my colleagues on the Judiciary Committee, on both sides,have an opportunity to set a better example for our country by treating Dr. Ford & Judge Kavanaugh with respect & listening without prejudgement

In Washington, D.C. Thursday morning women who support the judge took part in an "I Stand With Brett Rally."