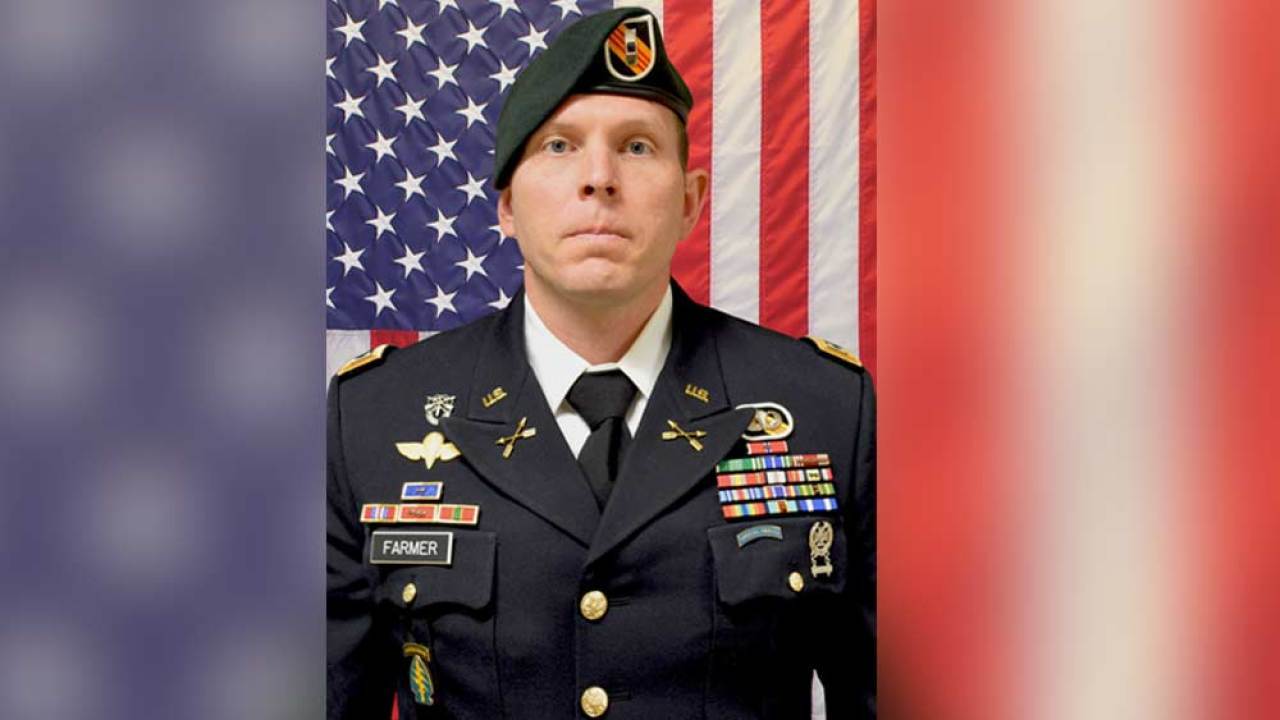 Friends and family are saying goodbye to a solider raised in Palm Beach County who died in action in January. Army Chief Warrant Officer Jonathan Farmer was killed in a suicide bombing in Syria. 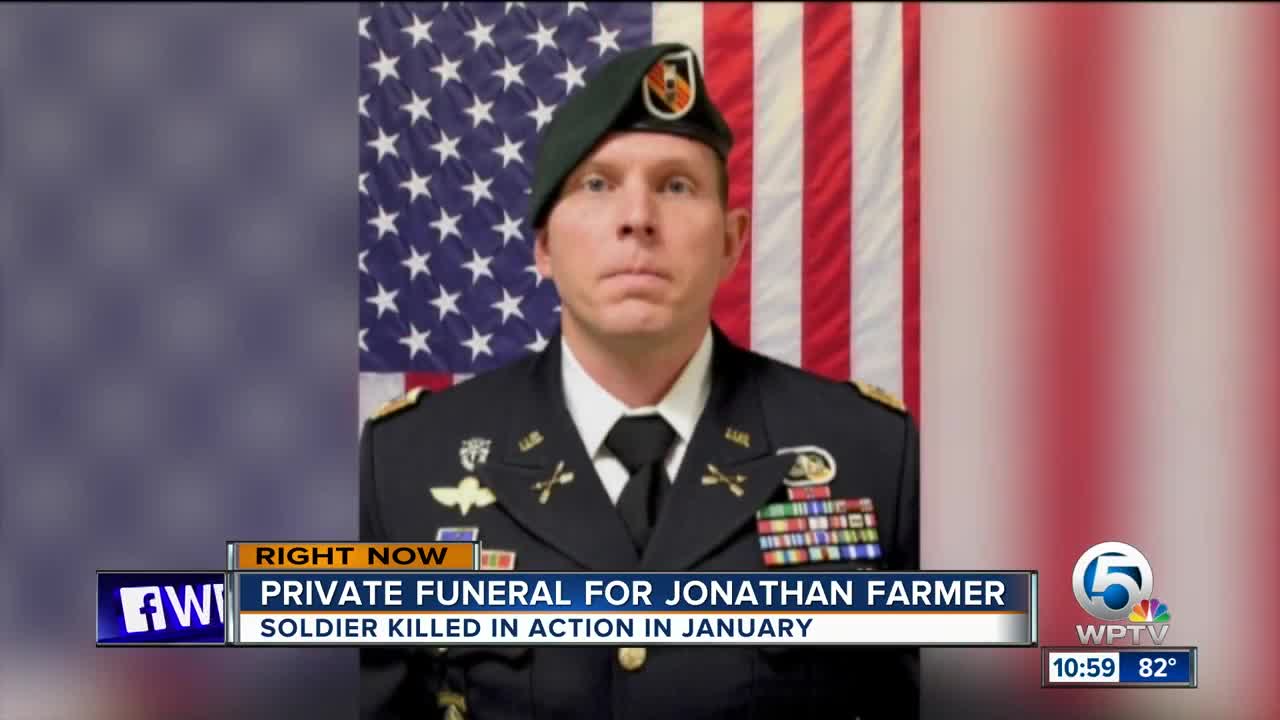 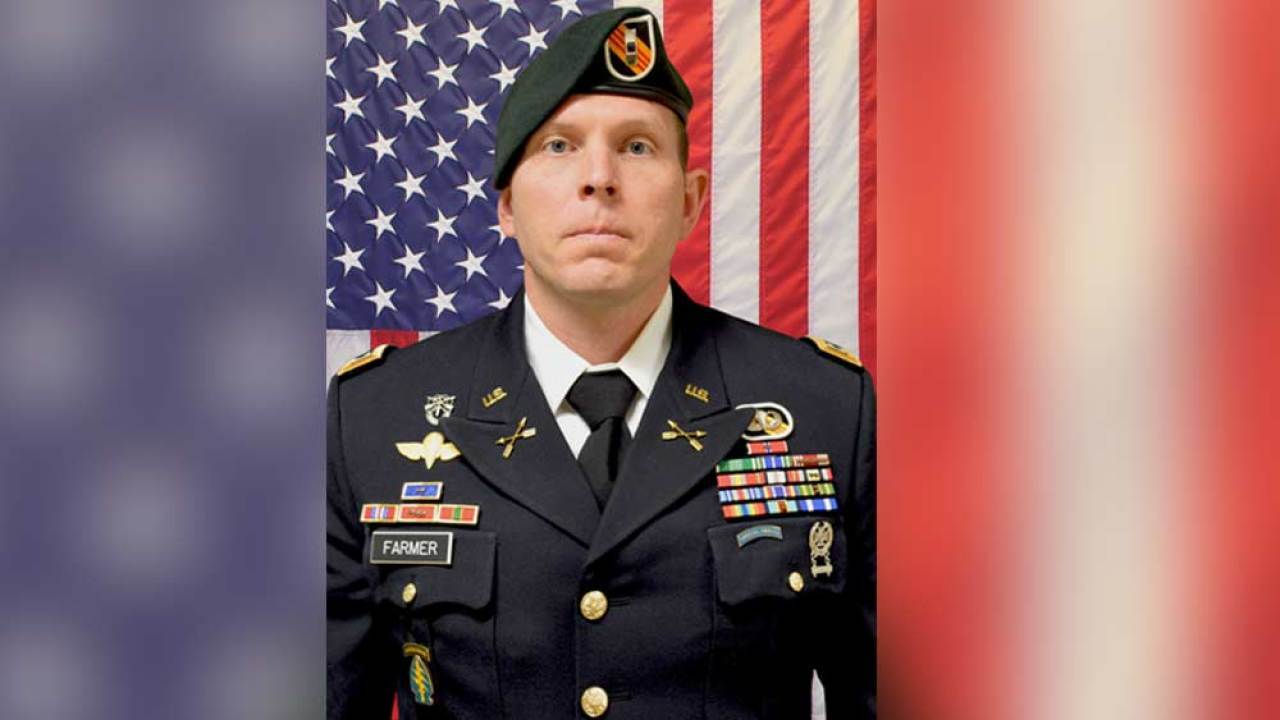 Friends and family are saying goodbye to a solider raised in Palm Beach County who died in action in January.

The 37-year-old Farmer earned a Purple Heart and three Bronze Star medals and served six combat tours overseas. He leaves behind a wife and children.

Farmer was honored last week in a private ceremony at Palm Beach International Airport when his body was returned home to South Florida.

The Palm Beach County Sheriff's Office escorted a procession, with support from a VFW post in Boynton Beach and other law enforcement. Many in the community gathered along that route to pay their respects.

Farmer will be laid to rest at Arlington National Cemetery.

A final farewell for Army Chief Warrant Officer Jonathan Farmer. A funeral service was held this morning to honor the local hero. He was killed in January after a suicide bombing in Syria. Farmer grew up in Palm Beach Gardens. @WPTV pic.twitter.com/7p4X3zadWN