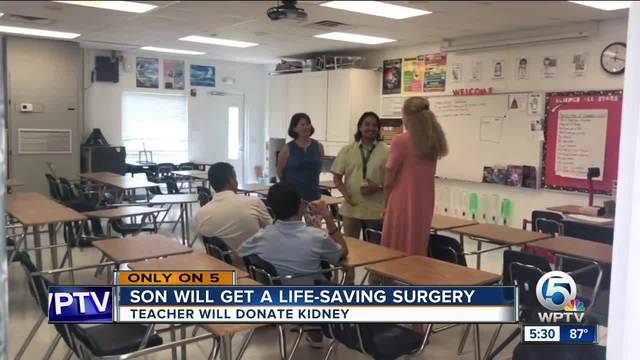 A science teacher at Duncan Middle School ditching the textbooks to teach his students a valuable lesson not usually taught in a classroom. Julio Vega is donating a kidney to a former student. 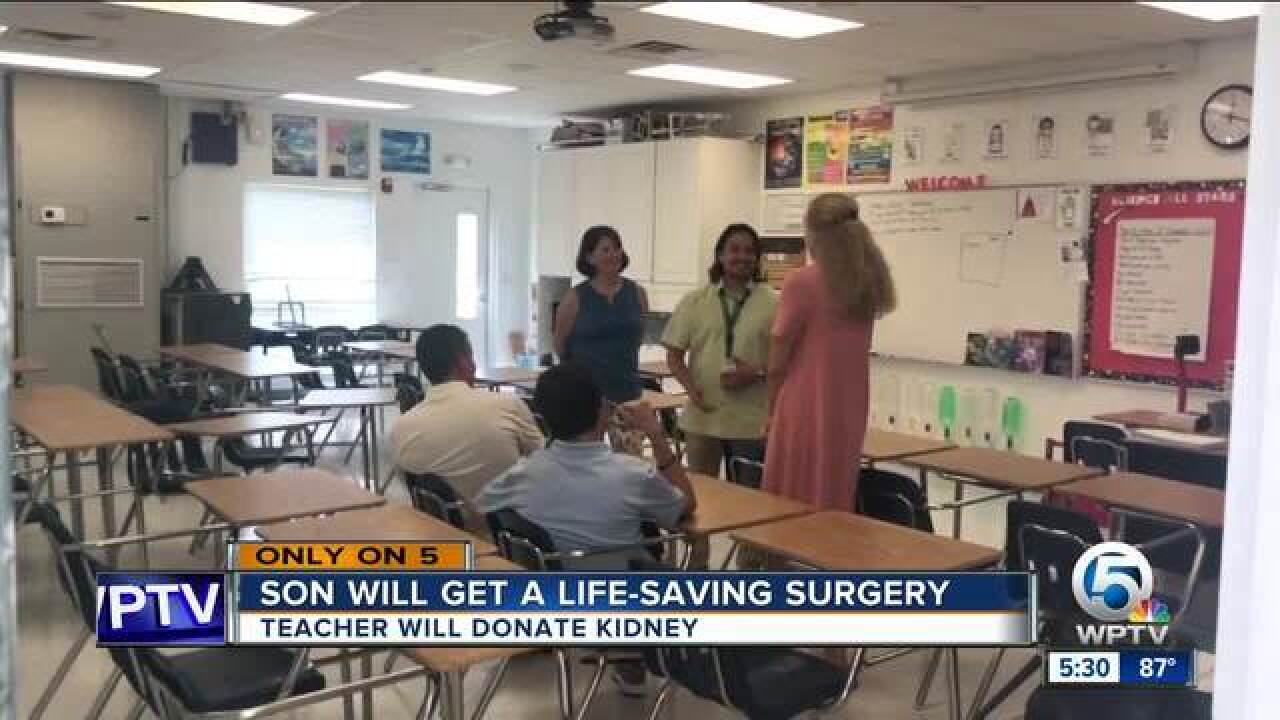 A science teacher at Duncan Middle School ditching the textbooks to teach his students a valuable lesson not usually taught in a classroom.

After undergoing tests throughout summer break, Julio Vega has decided to donate a kidney to a former Duncan Middle School student in dire need of a transplant.

“I had seen it across the top of my phone," said Vega.

Another teacher, Eileen Chatfield sent an email out to the entire Duncan staff after watching the original story that aired in May on NewsChannel 5. It was about her former student, Bobby Seelman, who now at 20-years-old was undergoing dialysis and in need of a kidney transplant.

“He was such a great kid that it just it tugged at me for a couple of days, and I called them and said I want to be tested,” said Chatfield.

Unfortunately for Mrs. Chatfield she wasn't a match. But she also refused to give up.

Vega said the email was what inspired him to contact the transplant center at Miami Children's Hospital and get tested.

"I had been praying God use me however you want to use me," said Vega.

Less than a week before the 2018 school year he found out he was the perfect match.

“This gift of a kidney is amazing he’s saving not only Bobby’s life, but our family’s life. We aren’t tied to our house anymore,” said Bobby's mom Angela Seelman.

The family cried tears of joy when the transplant center called to schedule the surgery. Then again, when they received another call from Bobby's middle school.

“I got and phone call and was thinking oh my gosh Bobby went to school here, what do we have an overdue library book and they’ve been charging us this whole time?" said Seelman.

Instead, it would be from the Principal, Mr. D'Amico letting them know the donor wasn't exactly a stranger, but a 6th-grade science teacher at Duncan Middle School.

The surgery is scheduled for early September. Mr. Vega hopes to have 2 weeks off of school to recover before heading back to the classroom to teach science and a leadership class.