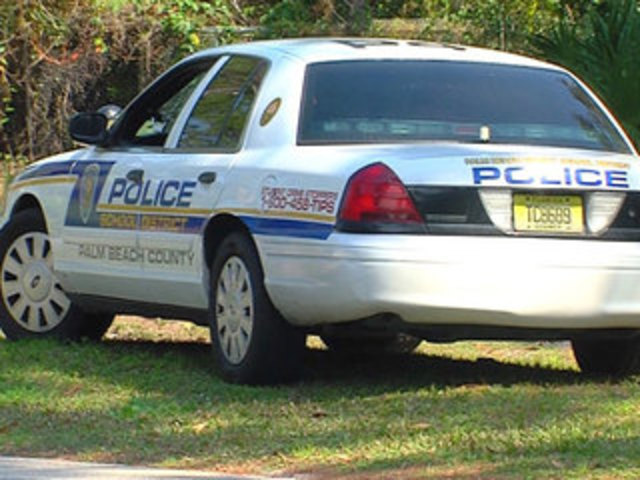 A student at Palm Beach Lakes High School faces expulsion after a tip that the student brought a weapon to campus. The student ran away when an investigation was launched and the school was placed on lockdown, according to the principal. 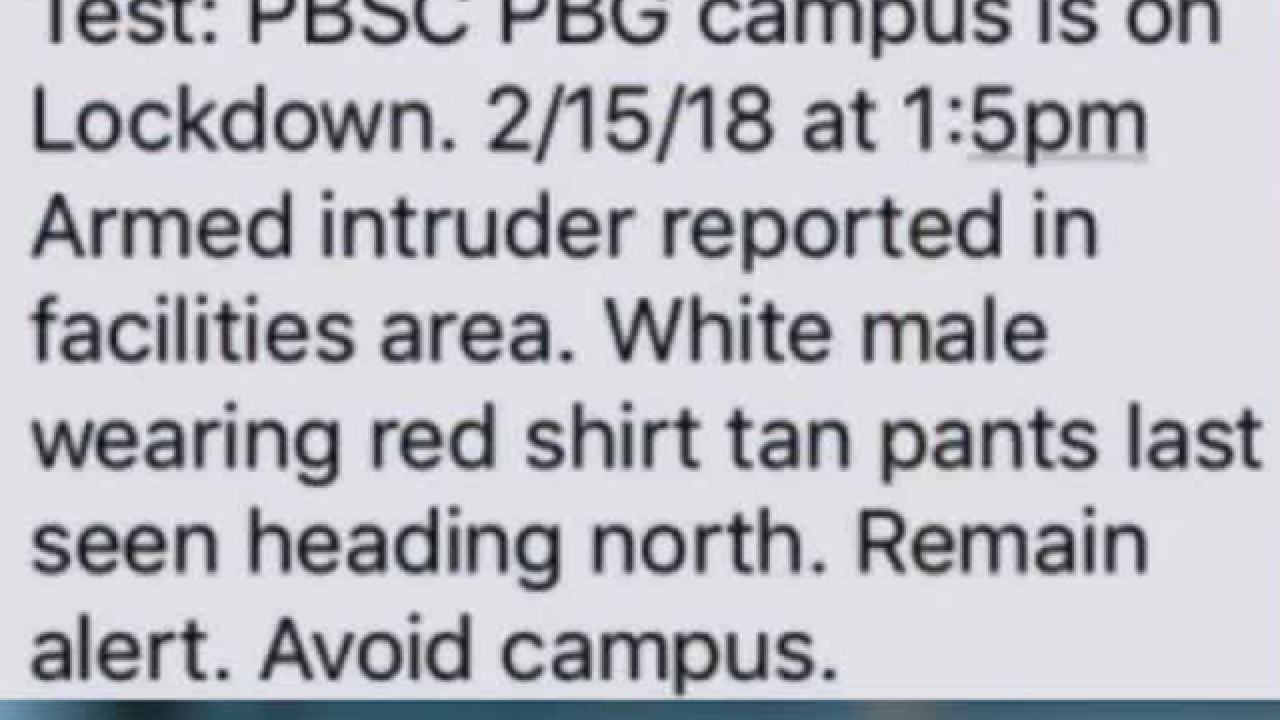 A day after one of the deadliest school shootings in modern U.S. history, students at the Palm Beach Gardens campus of Palm Beach State College received this text message:

Jose Mendez was in class when he and his classmates received the message.

“Half the students jumped up and tried to reach for the door, because after seeing what happened on the news yesterday we thought it could happen to us it could happen anywhere,” Mendez said. “We don’t feel safe in school anymore.”

Across campus, another classroom full of students got that same message.

“I was shocked,” said PBSC student Justin Como. “I was frozen. I didn’t know what to do.”

Como said he and his classmates didn’t take the message lightly.

“We hunkered down, we didn’t go near the doors,” Como said. “We stayed in the back of the classroom. The events that happened yesterday we were just like what’s going on this could be another lunatic.”

Dean of Students, Scott MacLachlan, said it was just a test. “Unfortunately people didn’t read the whole text, they didn’t see the word ‘test’ and they went into lockdown,” MacLachlan said.

On Twitter many criticized the school, especially the fact the test message included a detailed description of an armed person. “I don’t know why they would give the description for a fake intruder,” one person said

A day after the shooting in Parkland, Mendez and others on campus say sending the message was a mistake,

Although the message included the word ‘test’ twice, Como said his eyes went to the part about the armed suspect first.

Five minutes after the message was sent out, another was sent, saying it was just a test. “It felt more like 20 minutes,” Como said.

Five minutes of panic, a day after tragedy struck the Sunshine State.

“I’m just happy that it was just a test because after what happened yesterday, we’re all just very scared now,” Mendez said.

Palm Beach State College officials said the message was just meant to go to five security supervisors. “We will review the circumstances that led to this error and our emergency alert system procedures to ensure that incidents like this do not occur in the future,” the message said.