Paddleboarding from NYC to Key West for charity 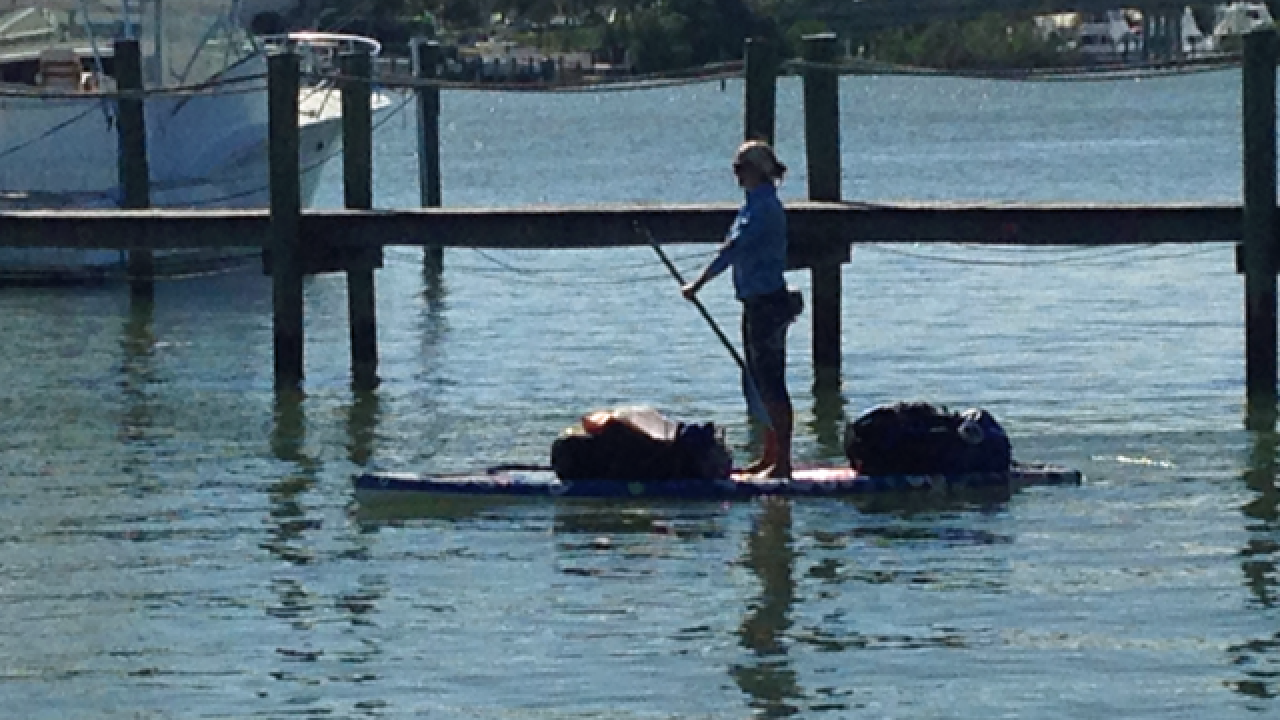 Two women from New York City are making their way to Key West in one epic paddleboarding trip.

LouAnne Harris and Jules Gismondi are paddleboard instructors in New York City, but they say right now is considered their "off-season."

To kill time, they're spending months on the water.

The trip began last October and should be complete in a few weeks.

The two aim to travel about 20 miles each day. On Monday, they launched from Jupiter as they continued south.

"When you're standing on the board, you're essentially a big sail," said LouAnne.

"If the wind's on your back -- fabulous, amazing. It'll be a wonderful day. If it's in your face or at your side--broad side winds are the worst. You're not only slowed down a lot, but you're pretty much paddling on one side all day," LouAnne added.

The two have traveled through freezing temperatures, and have had to camp in those frigid temperatures as well.

They also didn't bring much gear with them. LouAnne said the two have been switching between two different outfits for several months.

"Pretty much with every piece of gear-- we looked at not only its functionality, but its size. How small can it compress? How heavy is it?"

LouAnne said the duo has sent back gear that isn't necessary anymore once they reached warmer temperatures.

Social media has helped the two connect with people along the way. Some of those people have given the women a place to stay and food to eat.

The two stayed with Linda Emerson Sunday night, before leaving on Monday.

"What I've learned is there is still a strong amount of hope and caring for the world," said Linda.

She hopes the girls will achieve their goals of raising awareness for the earth's water supply, while raising money for charities.

Linda said it's crucial people learn from the two women, because waterways around the world are connected.

"What happens upstream is always impacting downstream. All life on earth is dependent on a healthy ocean ecosystem," Linda said.