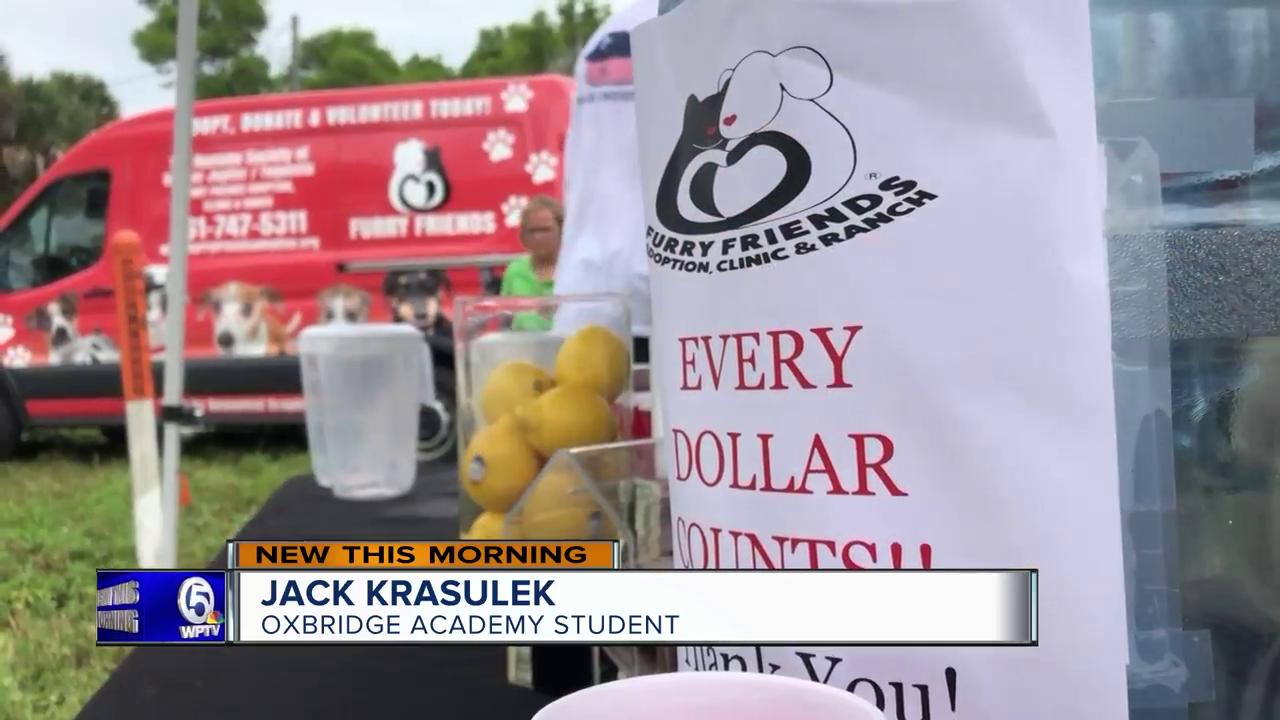 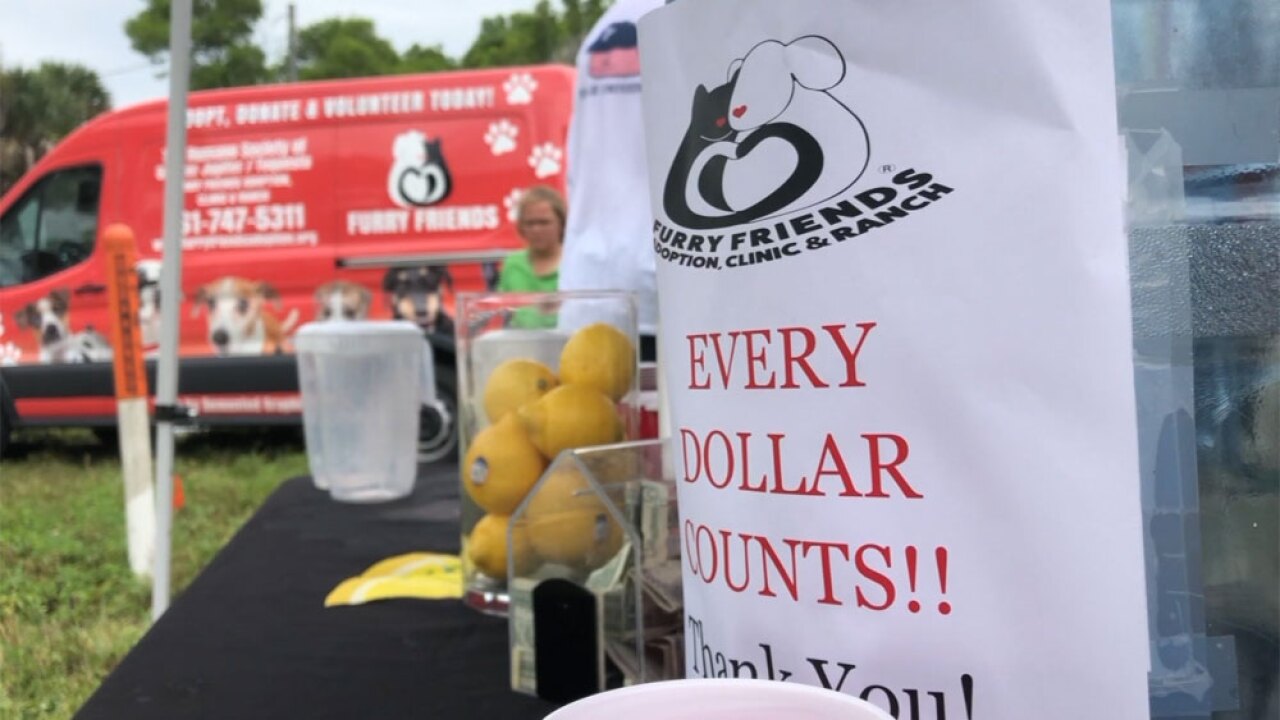 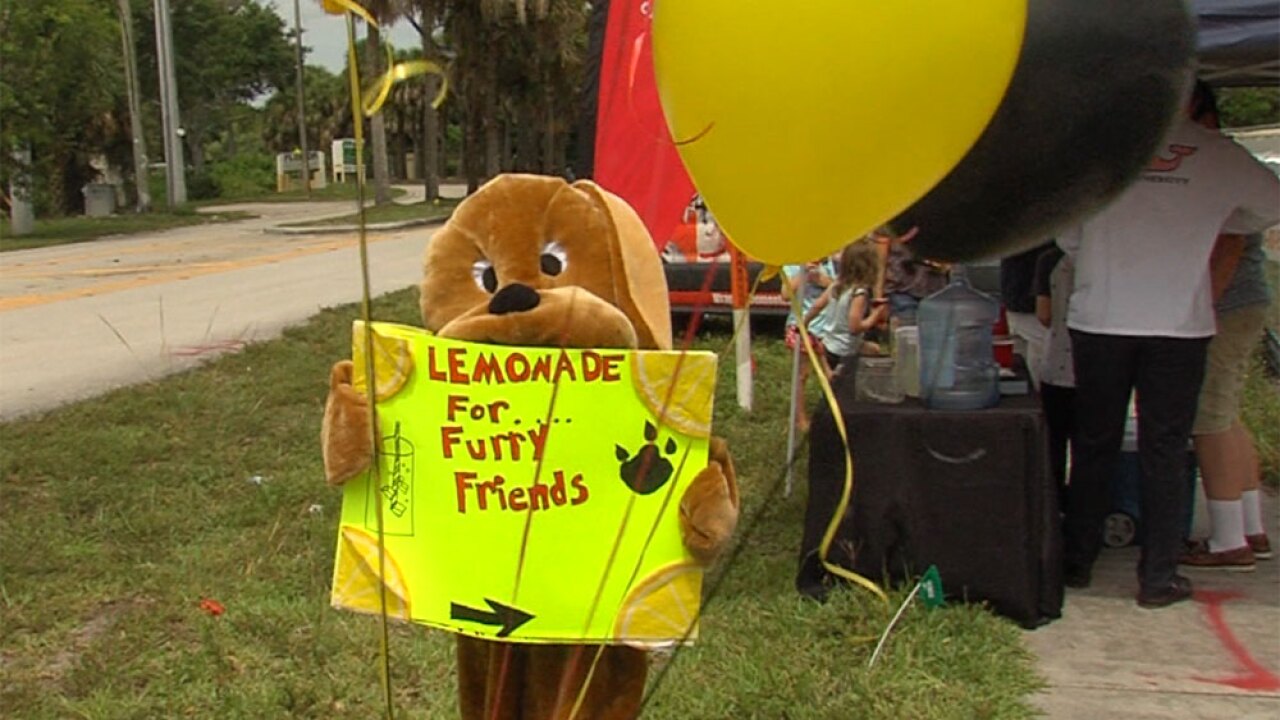 JUPITER, Fla. -- On first glance, this may not look like anything extraordinary.

It's a lemonade stand on the side of a road.

But if you peel back the layers of these lemons, there is a real story here.

This production started with a page in an inventor's notebook.

It was not put together by two young kids, but rather two budding entrepreneurs at Oxbridge Academy.

"We both bounce ideas of each other a lot of the time," said Arthur Frigo, a Junior at Oxbridge Academy.

The pair came up with a business plan as part of their school's entrepreneurship program.

"We are trying to show that every dollar counts," said Jack Krasulek, a rising Junior at Oxbridge Academy.

It's a simple lemonade stand to raise money for Furry Friends Adoption and Clinic in Jupiter.

"It brings tears to my eyes, because this is what it's all about," said Pat Deshong, the president of Furry Friends. "This is the spirit of what our organization is about."

Contributions are collected one cup at a time for the new adoption facility and animal hospital that's going up.

"It would be great if we could sell 3 million more cups of lemonade as to where we want to be," she said.

It's all about giving back and gaining experience for the future.

"We just saw an opportunity here, and we just capitalized on it. It's a great way for us to get into the real business field out here in the public," said Frigo.