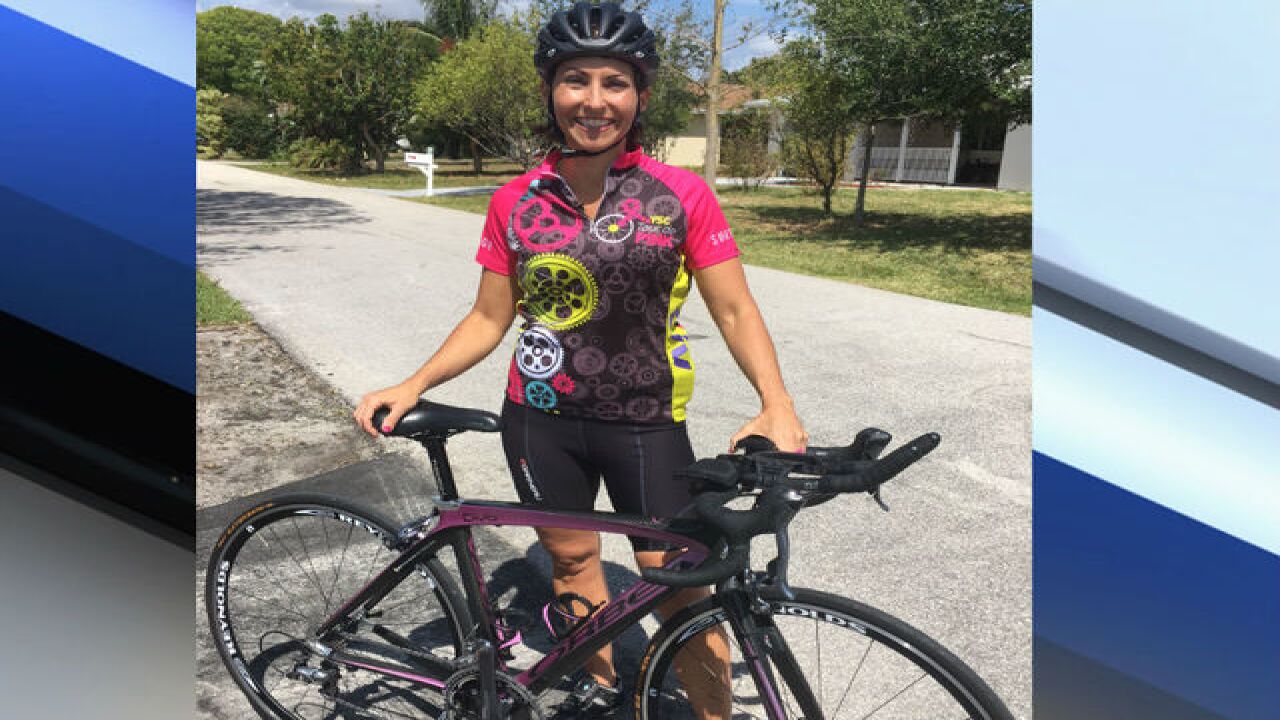 Two sisters, one a Jupiter native, are taking part in a 200 mile bike ride from Orlando to the Treasure Coast -- all in the name of beating breast cancer.

"We went through about two years of treatments. We both had double mastectomies, chemotherapy. I had chemotherapy for a year," recalled Tamara. "We had each other, which was really good."

After going through the chemotherapy and surgeries together, the sisters were able to overcome the disease. Both Shauna and Tamara received a lot of support and guidance through the Young Survival Coalition, a national group helping young women diagnosed with breast cancer.

"People that are alone and don't have that support, this is what that organization does," said Tamara. "Supports young women, unique aspects of being diagnosed at that age. If they need to be guided when they're first diagnosed, they reach out and help. They're there for emotional support, financial support if they need help with testing. And even family support."

YSC organizes yearly charity bike rides, with rides on the West Coast, Northeast and Florida. Starting Friday in Orlando and ending Sunday in Jupiter, Tamara and her sister will ride the 200 miles together alongside other survivors and family members who have lost loved ones.

"Survivors and family members, anybody who wants to take part to remember that we've been through something that's terrible but also pulls us all together," she said.

The first leg of the ride runs from Orlando to Melbourne, about 78 miles. Riders stay the night there and then the second day, go 100 miles to Jensen Beach. The last leg is about 50 miles onward to Jupiter.

This is the second year for the Florida tour. Tamara remembers special moments at last year's kick-off ride.

"Last year was amazing because there was a team whose co-captain died of breast cancer just two weeks before the ride," she said. "Her team actually carried her ashes in their pockets. At the end, they spread her ashes in the ocean. The people who are affected and take part in this organization is wonderful."

Although the deadline to register to ride has ended, the community is encouraged to attend the huge celebration at the end of the race. The party runs from 12 p.m. to 2 p.m. on Sunday, April 23 in Carlin Park.