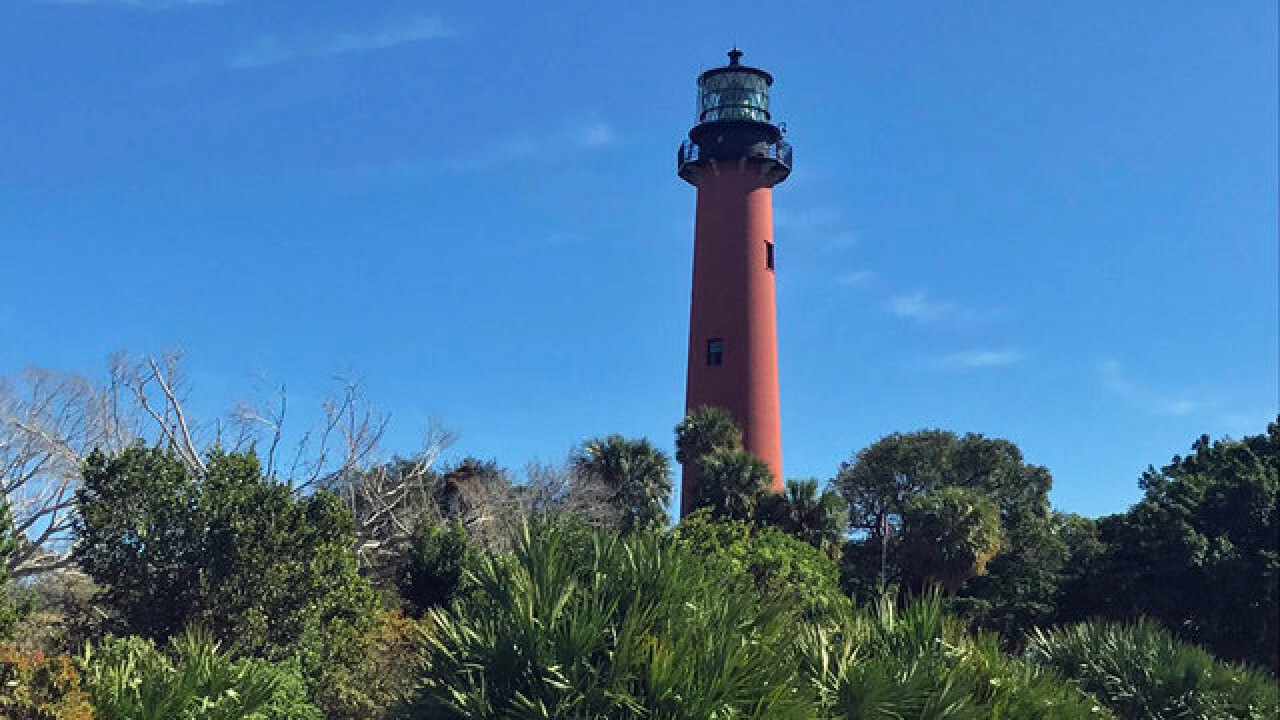 Ask anyone, the view from the top is magnificent. “It's worth it,” said Sandy Richardson, visiting from North Carolina. “It's gorgeous. I love seeing the water from up here.”

Nowhere else can you see the Loxahatchee and Indian Rivers from the gallery of the Jupiter Lighthouse. It was designated by former President George W. Bush as an outstanding natural area in 2008.

But work must be done to preserve all 360 pieces of glass that make up the largest lens of its kind in the world called a Fresnel lens.

That's why Cocking has his cloth in hand inspecting and cleaning every piece of putty surrounding the prisms.

“You don't want to replace any of the historic fabric because if you just replace things then it looks brand new and it has no history to it,” explained Cocking.

But that's not all that must be done. The lighthouse roof has a history that must also be restored.

“Certainly one we want to keep it intact,” said Jamie Stuve, the president and CEO of the Jupiter Lighthouse & Museum.

Stuve fears the spread of bubbling and rust on the cast-iron roof. “Once it gets started in an area it tends to grow rapidly,” Stuve said.

And there's a risk of not repairing and replacing part of the roof by hurricane season. “Because when you have a leaky roof your whole building is in trouble, everyone knows it,” said Stuve.

“This is our landmark history for many, many years and something like this should always stand here,” said Ernie Ganz, from Palm Beach Gardens.

A crew is assessing the cost to repair the roof.

For more information about how you can donate to preserving the lighthouse, go to www.jupiterlighthouse.org . Attach a note saying "Lighthouse roof" when you send in the donation.