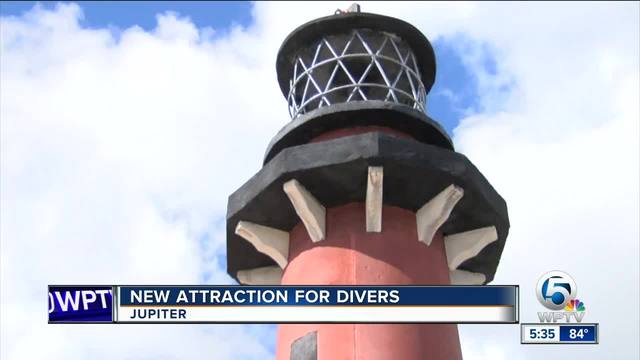 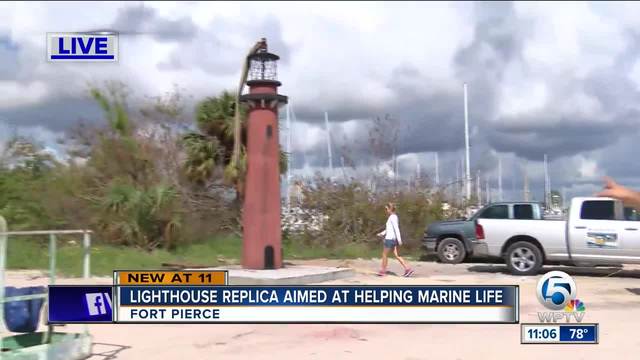 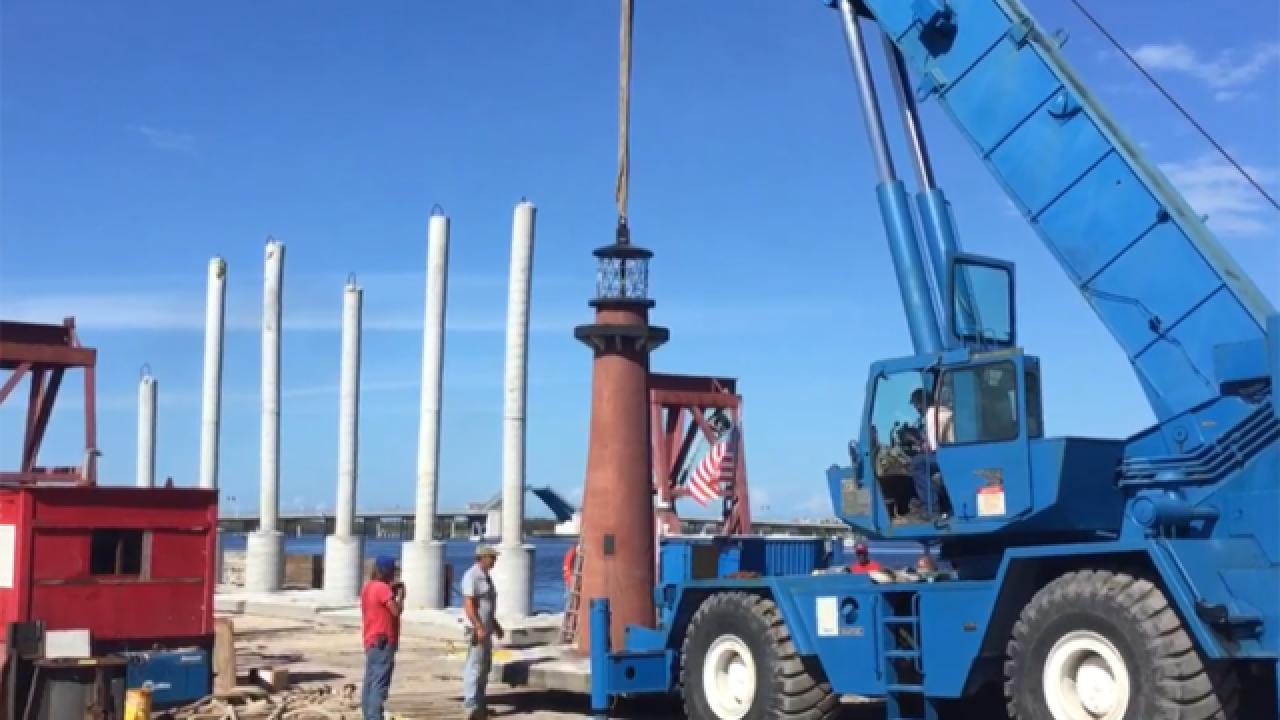 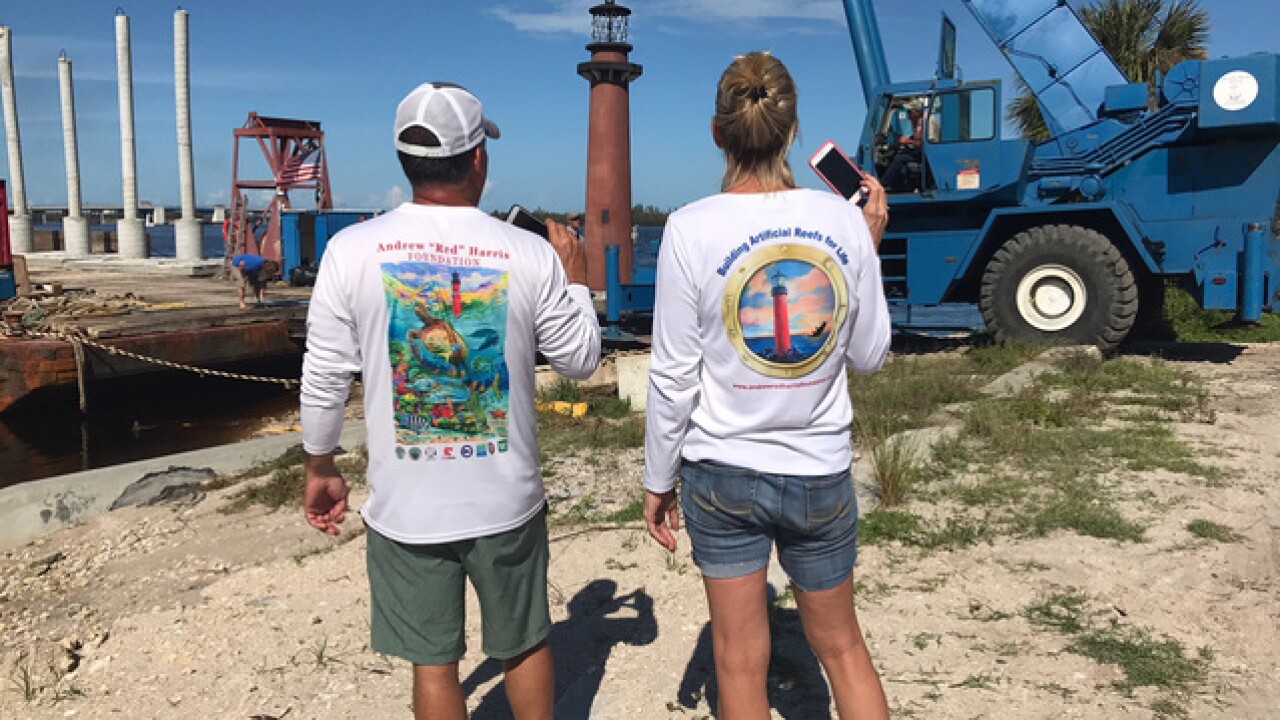 Divers will soon have a new attraction they can look forward to visiting.

Tuesday, the Andrew "Red" Harris Foundation and the Town of Jupiter will deploy a replica of the Jupiter Inlet Lighthouse. It will be part of the foundation's existing reef off the Jupiter coast.

Marc Collett with Viewcrete designed the sculpture. It is built of pure concrete and is 18 feet tall.

Collett says after weeks of hard work, he is most excited for the enjoyment the lighthouse will bring people. “Hopefully they get a good reaction, a smile on their face," Collett said. "Life and fish is what I’m hoping for.”

Scott Harris was the mastermind behind the project; he and his family's foundation have built close to 300 artificial reef modules in memory of their son Andrew. Andrew died during a boating accident in 2014 and ever since they've dedicated themselves to honoring his memory.

"He was all about the ocean, fishing, diving and the habitat," Harris said. "He would be enthusiastic about it, if he was still with us he would be rallying his generation to get involved.”

Harris says within the next year all the hard coral off the Palm Beach County coast will die, and for that reason, it is important to build artificial reefs.

The decision to build the Jupiter Inlet Lighthouse replica came from their love for their community. Harris says he and his wife were raised in Jupiter and during the foundation's founding, it was Jupiter and those who live there that helped them get off the ground.

The deployment is scheduled for Tuesday afternoon. To learn more about the foundation visit: http://andrewredharrisfoundation.org