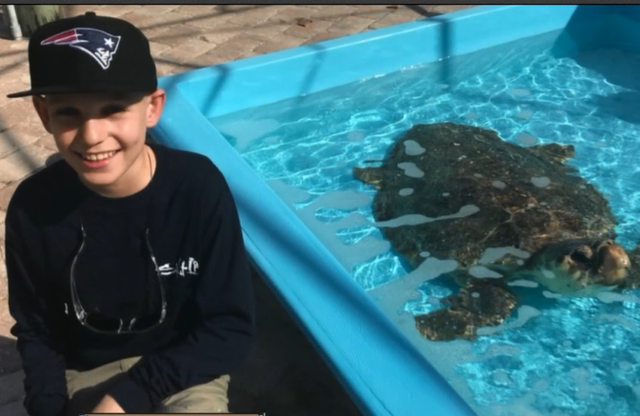 A Jupiter boy and a sea turtle, one named after the other. Both fighting for their lives. 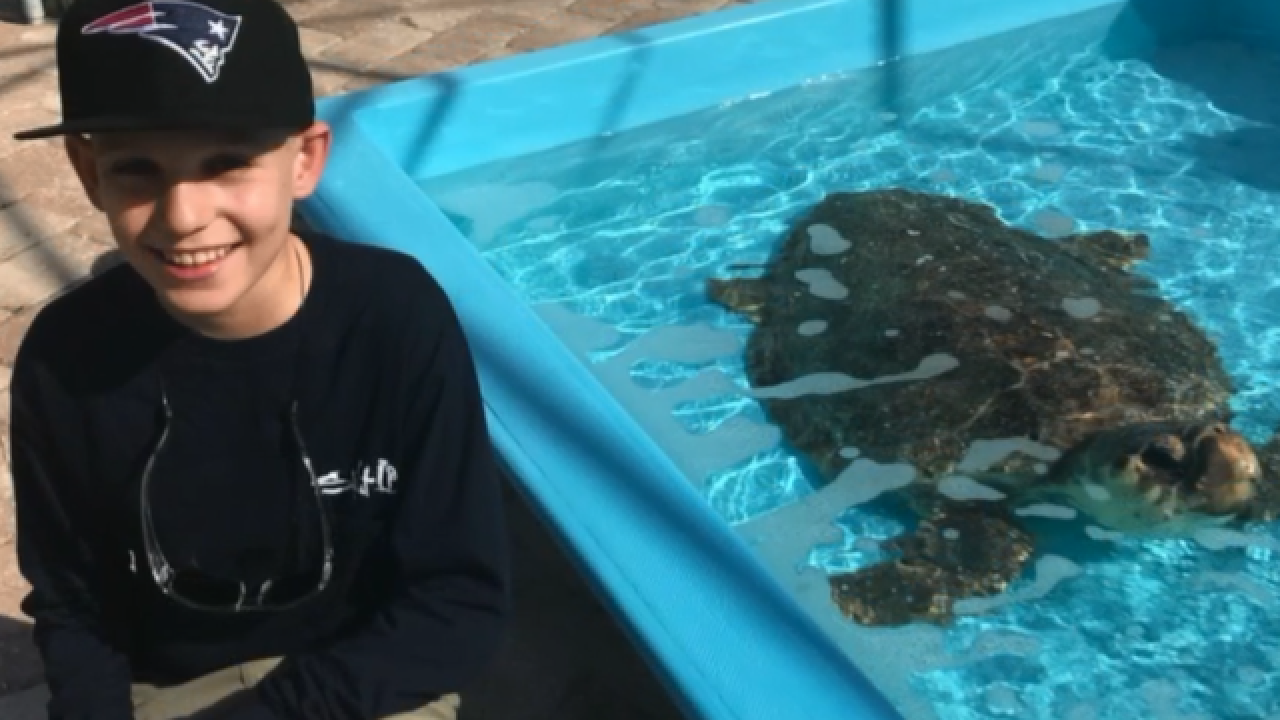 A Jupiter boy and a sea turtle, one named after the other. Both -- fighting for their lives.

At the sea turtle hospital at the Loggerhead Marinelife Center, all of the patients have names. Sometimes they're named after people in the community and many may not know that Gavin the loggerhead turtle is named after a brave 13-year-old battling cancer.

When you meet Snowhite, the first thing you'll notice is his smile. He said he likes to stay as positive as possible, despite a grim diagnosis from doctors just five months ago in January.

"I had a bunch of tests done and it turns out, I had Hodgkin's lymphoma," he said.

Snowhite has been sick since November and doctors had originally thought he had a virus.

"Before he first chemo, he said, 'I have this feeling ... I'm going to be fine.' And I was like, 'You know what? We are,'" said Melanie Weir-Snowhite, Gavin's mom. "The power of positivity is everything."

Gavin is not alone. His home is filled with cards and letters from countless friends and family. He also has support from the Chasin' A Dream Foundation, a non-profit dedicated to helping children and their families who are struggling with devastating illnesses.

"He's been positive since the moment we met, and it shows -- that's really helped through his healing," said Lori Griffith, founder of the foundation.

Snowhite has a lot in common with his new "spirit animal" so to speak.

"Besides the fact that I'm not a turtle," he joked.

Gavin the turtle was found around the same time that Gavin the boy was diagnosed. The turtle was caught in a fishing line and was emaciated, covered in barnacles and saltwater leeches, and nearly dead from starvation -- a common condition found in sea turtles called chronic debilitation.

However, within just a few short months, both Gavins are on the road to recovery.

"I had a CT scan last week. And the cancer is negative. I have no cancer left," said Snowhite.

And Gavin the turtle has regained weight, is eating well and has been moved to a bigger tank as his rehab continues. Snowhite actually got to meet his counterpart at the turtle hospital.

"He's completely back to normal. Hopefully he'll get released soon," he said.

The battle is not over. Chasin' A Dream is helping the family as they struggle to cover medical bills totaling hundreds of thousands of dollars. Click here for more information on how you can help Gavin and other families with children battling devastating illnesses.

Gavin has one last treatment left, a state-of-the-art proton radiation therapy at Miami Cancer Institute. The foundation is raising money to help pay for the family to stay in Miami during the two-week long treatment.

The family said they are thankful to their friends, community and the support of local organizations like LMC and Chasin' A Dream for helping Gavin have a summer that will hopefully cancer-free.

"It's an amazing journey for both of them," said Melanie. "It's amazing that Gavin can touch so many people in so many ways. Not just himself but his turtle too."

After treatment, the hope is that Gavin can get back into the medical program at Jupiter High School next semester. He was originally admitted into the program but was removed when he was diagnosed with cancer.

Gavin saidnhe wants to be a doctor when grows up so he can help other people, too.