Jupiter at risk of losing 20 percent of police force, according to Police Benevolent Association 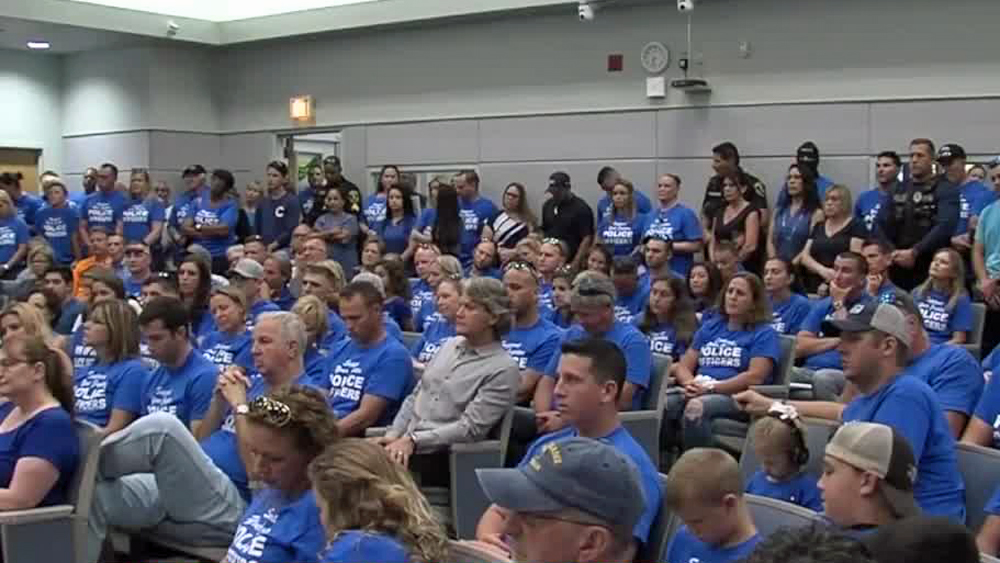 A standing-room-only crowd filled council chambers in Jupiter Tuesday night, all in support of the town’s local police department. 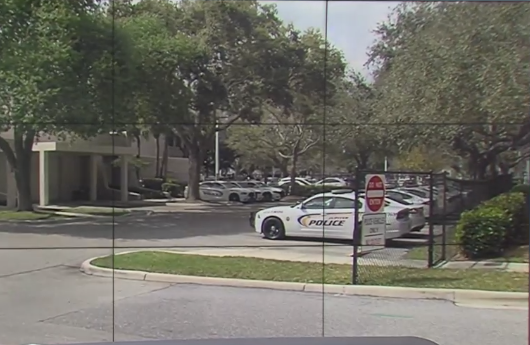 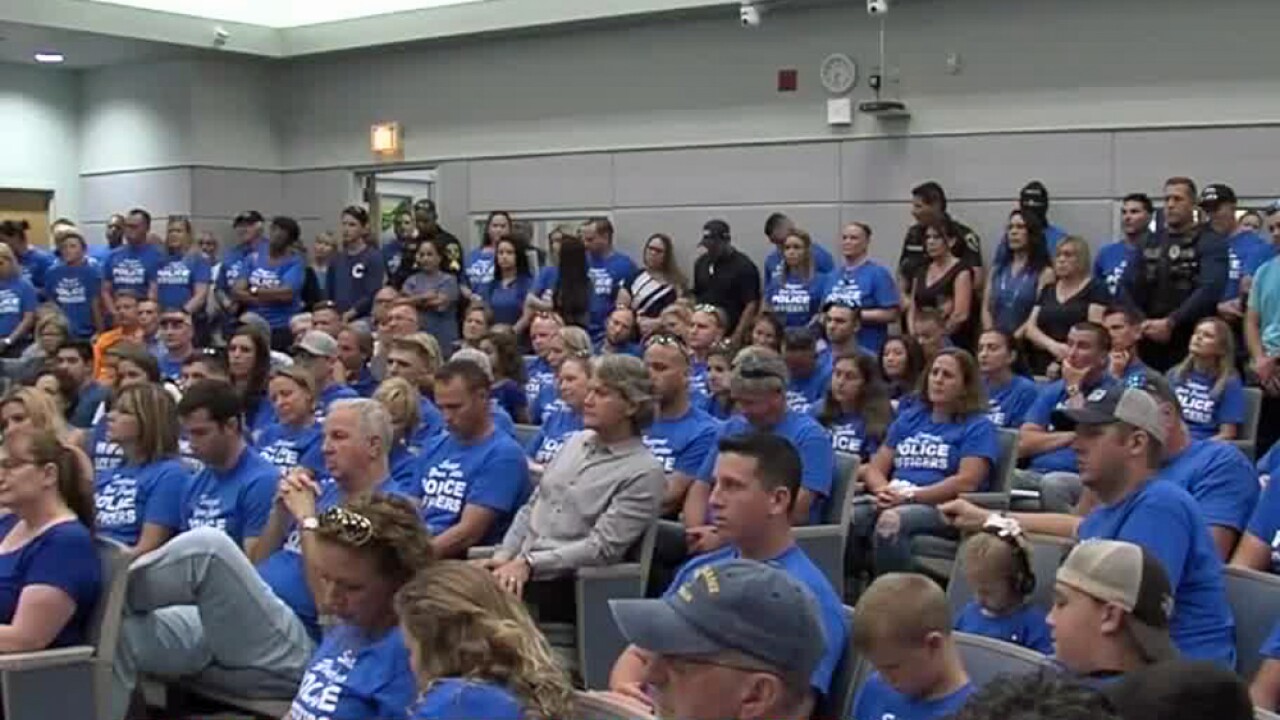 “Could you live in Jupiter on less than $80,000 a year?” one man asked. “It’s downright shameful,” another woman told the town council. “Pay these people what they deserve.”

Jupiter police officers say they need a raise and better benefits, all to bring them up to speed with other similarly-sized police agencies.

Town Manager Matt Benoit is currently in contract negotiations with the Police Benevolent Association, a union which represents officers and sergeants working for the Jupiter Police Dept.

Officers say if the town does not agree to draw up a more competitive compensation package, the department could lose 20 percent of its force by next year.

“Jupiter’s current compensation package is not in line with the local municipalities around the area,” Rick McAfee, Vice President of the Palm Beach County Police Benevolent Association. “Currently we know about 20 percent of the current officers are actively seeking employment elsewhere in the area for better compensation.”

Supporters at the town council meeting were easily spotted: most wearing blue t-shirts with “Support our Jupiter Police Officers” written across the front.

Some who spoke out were officers themselves. Others were family members. Some had no personal ties to the department. Yet everyone who spoke in front of council on Tuesday agreed that the officers in the police department need a raise.

“I hate to pick on you,” said Keith Sutcliffe, point to Benoit, “but you make three times as much as an officer. Are you going to rush into a bank robbery with automatic fire going on around you? What do you think you should be paid to do that job?”

Right now, Jupiter officers receive pay raises based on merit. That means an officer’s supervisor can decide how much is given annually, anywhere from 0 to 6 percent.

Officers and sergeants are asking instead for a step-plan, which would automatically increase an officer’s salary by a set percentage, as long as the officer meet satisfactory standards on his or her evaluations.

“Unless the council takes action and brings the compensation in line with the other surrounding agencies, they’re going to see a mass exodus,” said McAfee. “Jupiter is going to become a training ground for law enforcement, which can affect the safety of the citizens.”

The town submitted three proposals in April to the PBA. The proposals included one 12-year-step-plan option and two merit-based options.

Sounds good, right? But officers say, in exchange for the step plan, the Town Manager wants to cut certain benefits and stipends when an officer “tops out.”

For example, officers who serve in a special division, like SWAT or the detective bureau, currently get an extra stipend added to their paycheck, usually between three and five percent of their salary.

However, if Jupiter were to adopt the proposed 12-year step plan, an officer would lose that stipend, also called assignment pay, on their 13th year with the force.

In short, an officer with 13 years of experience might make less money that he or she did during their 12th year on the force.

“Anyone who says giving our police a raise are frankly either foolish or outright dishonest,” one concerned resident told council on Tuesday. “If you don’t have the money, which I’d be very surprised if Jupiter doesn’t have any money, you better find it somewhere,” another woman told town officials.

Officers say step plan would also offer pay raises based on experience. Currently, town officials want to raise the starting salary of an officer, but officers say they do not want to offer the same competitive raises for those with more experience.

“These numbers appear to be a smoke and mirrors trick designed to mislead us the officers and the general public,” Officer O’Neil Anderson told council on Tuesday. “The numbers look attractive on paper, but they are not fair.”

Less competitive packages could not only mean a loss in quality officers, but it could mean less desirable recruits working for the town.

Additionally, fewer officers on the road could mean an opportunity for more crime.

“It is imperative that Jupiter Town Council direct the town manager who is, ironically enough, one of the highest paid town managers in Palm Beach County, to do the right thing for the residents,” McAfee told council.

“I’d like to have the issue resolved. I take no offense to someone point to my compensation," Benoit told Contact 5 investigator Merris Badcock after public comments finished for the evening. "It will get worked out. It’ll get done. It’s a process.”

Benoit confirmed on Tuesday he hired an outside attorney to negotiate the upcoming PBA contract, at the recommendation of the town attorney.

The next round of negotiations takes place on May 30. The meeting is open to the public.

A concerned citizen speaks out on behalf of Jupiter PD. He says he doesn’t know anyone at the department, but he urges council to not take the department for granted. @WPTV pic.twitter.com/YnQ7iTwAdj

Lots of residents urging town manager Matt Benoit to get with the program and negotiate with the PBA. Residents say he has their support to compensate officers what they deserve. @WPTV pic.twitter.com/awQuyTkjOS

Mother of officer involved in crash today speaking to town council asking for pay raises for police officers. Says she wasn’t planning on speaking but her son is currently recovering in the hospital. @WPTV pic.twitter.com/AD9jrCQQjG