Maltz Jupiter Theatre will complete $30 million expansion ahead of schedule 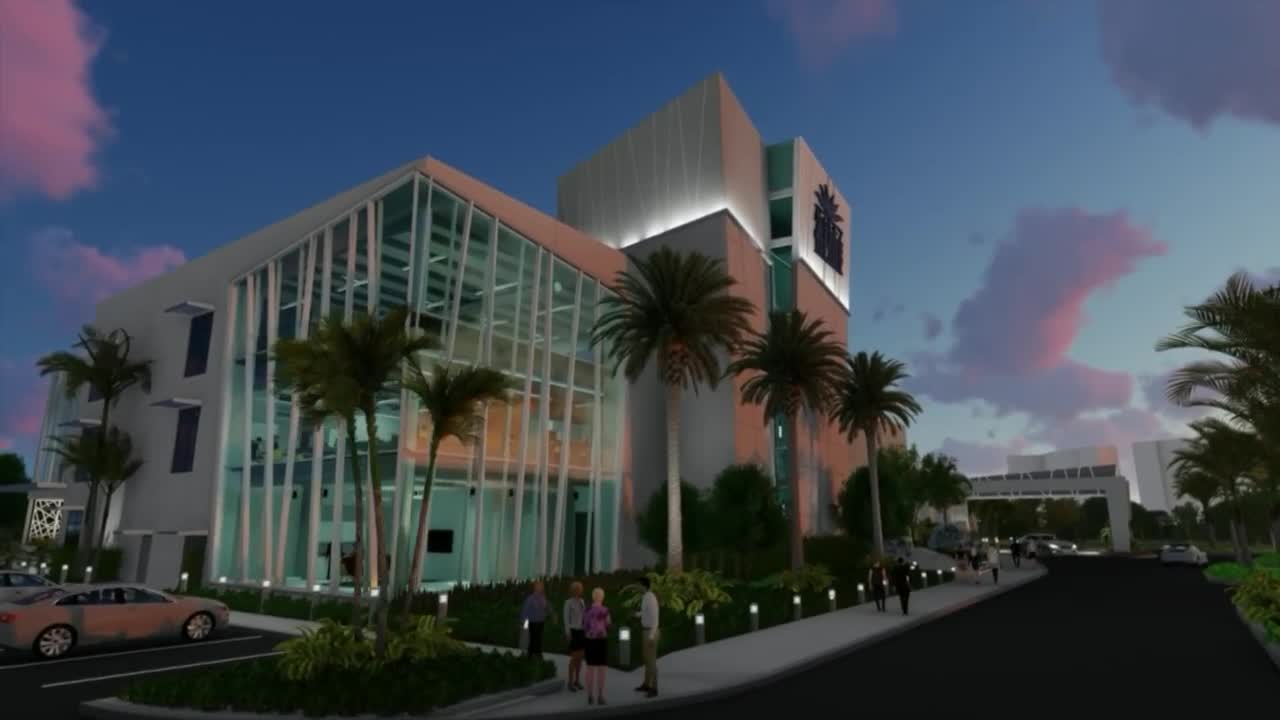 The Maltz Jupiter Theatre will undergo a $30 million expansion ahead of schedule, taking advantage of down time during the COVID-19 pandemic.

JUPITER, Fla. — The Maltz Jupiter Theatre will undergo a $30 million expansion ahead of schedule, taking advantage of down time during the COVID-19 pandemic.

The project is five years in the making, and a labor of love for Producing Artistic Director and Chief Executive Andrew Kato.

"When you come back to this spectacular new facility for the Maltz Jupiter Theatre, it's a dream come true," said Kato.

The theatre is unable to move forward with its 2020-2021 season because of the pandemic so Kato says they are turning "lemons into lemonade" and beginning a major project now, that was scheduled to start in April 2021.

Kato says the expansion will include "creating a Broadway-scale stage so we can produce the next Broadway hit or national tour and that's really exciting because most regional theaters across the country do that for Broadway.

Before a show premieres on Broadway, it usually tries out at a regional theater across the country so now we’ll be competitive to do that as well. Independent producers in New York, Disney included, are always looking to try out new musicals out of town before it goes into New York, luckily we draw from the tri-state area so we're a perfect place. So who doesn’t want to go to South Florida and enjoy the sun and produce a play at the same time?"

He says demolition will start at the end of August and take three months to complete and the building will get much bigger.

Kato says this is a big undertaking during a time of so much uncertainty.

"It's scary doing a big project at this time and fundraising will need to continue as we go into the other phases of the project, which include doubling the size of our conservatory," said Kato. "We have a school at the theater so we want to serve the community more and also part of the phasing process is adding a 199-seat theater, so we can diversify our programming and actually invite more locals to perform."

"There are so many great things that are going to come of this and although we are sad not to be running a season, it's so much better for our community to be doing this now so we don't have to be interrupted twice (for COVID and then construction)," said Kato.

The next time guests come to the theater, Kato says they will notice big changes right away, "On the corner of the building coming off Indiantown Road into the Maltz Jupiter Theatre, are three stories of glass structure where you can see into the building, you can see the actors rehearsing on the top floor, you can see the costumes being built on the second story and it's really like looking into the soul of the theater."

Much of the Maltz Jupiter Theatre staff is furloughed right now, but the renovation work will create about 100 new construction jobs. Kato hopes the community will continue to stand by them and the arts in general.

"The arts are a way of recording our time. I’m sure as things go on we’ll look back on this time through plays and musicals and it will get recorded but also it gives people something to look forward to and to heal by," he says.

The work is expected to be complete by October 2021, in time for next season. The renovation also includes an innovative dining experience, expanded Conservatory and lobby, redesigned entrance and a second 199-seat theater space.