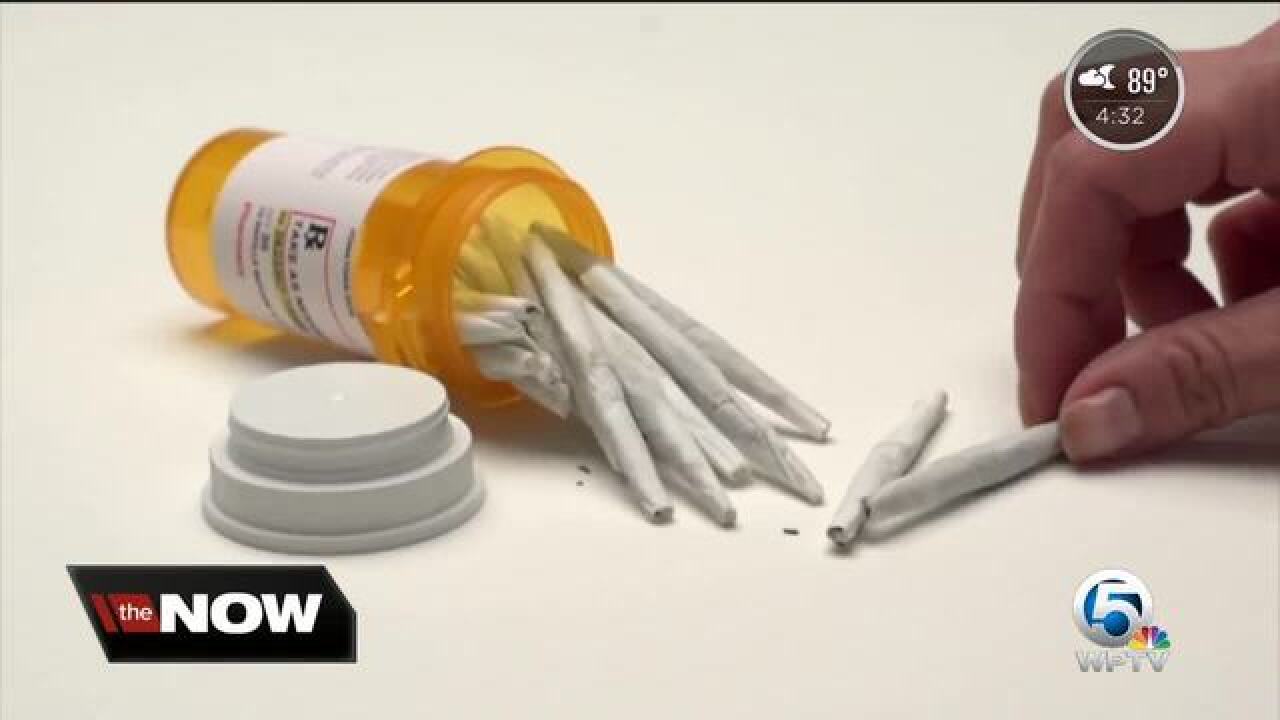 In a three to two vote on Thursday night, the town of Jupiter has decided to ban medical marijuana dispensaries within town limits.

Florida law gives municipalities a choice to ban medical marijuana dispensaries altogether or allow them and treat them like pharmacies.

“My opinion is, this is a huge mistake not to let happen," said Dr. Jonathan Adelberg, a doctor licensed to prescribe medical marijuana to patients. He works with patients across Palm Beach County and beyond for Treasure Coast Medical Associates.

Medical marijuana has grown in popularity over the last few years, with several states allowing medicinal use and others like Washington and California allowing for legal recreational use.

“It reduces the amount of opiates that people consume to control their pain," he said.

Other doctors who are licensed to prescribe medical marijuana and who operate practices in Jupiter told WPTV they see patients trickle down from Martin County for assistance. But with the ban already in place on dispensaries in most of northern Palm Beach County, West Palm and Lake Worth are the closest options.

“Banning dispensaries is increasing the demand because of reduction of the supply, in my opinion," said Dr. Adelberg.

Just last week, the city of Lake Worth voted to ban any new dispensaries from being built within city limits. Right now, there are only two.

“Not allowing medicinal marijuana in a county or municipality, takes away their ability to generate a tax base," said Adelberg.

“That’s direct democracy," he said. “It’s still not decriminalized on the federal level, so I understand there are some issues with it but the people have spoken."

He voted against the ban but was outnumbered in Thursday night's vote.

"Banning dispensaries in the town would make it harder for medically qualified individuals with debilitating medical conditions, such as Veterans with PTSD and people with Cancer and Parkinson’s, to access medication that their physicians have deemed necessary for their treatment," Kaufer said.

However, those supporting the ban cited strict codes already in place in Jupiter and existing delivery services that patients can utilize from dispensaries in neighboring cities.

“If they’re ill and they have to travel out of town to get their medication, it’s not really fair to them," said Delaney.