Man in custody after chase, suspect bails out in Tequesta 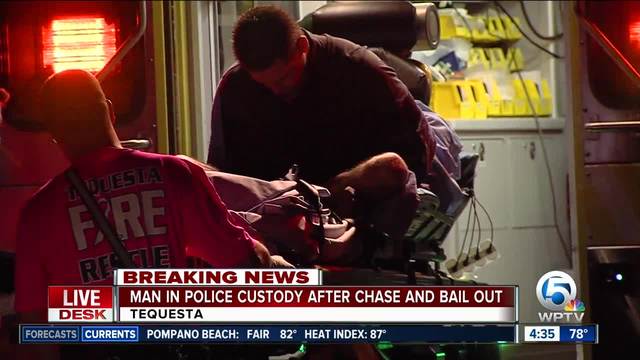 A man is in police custody after leading police in Jupiter and Tequesta on a wild chase overnight. 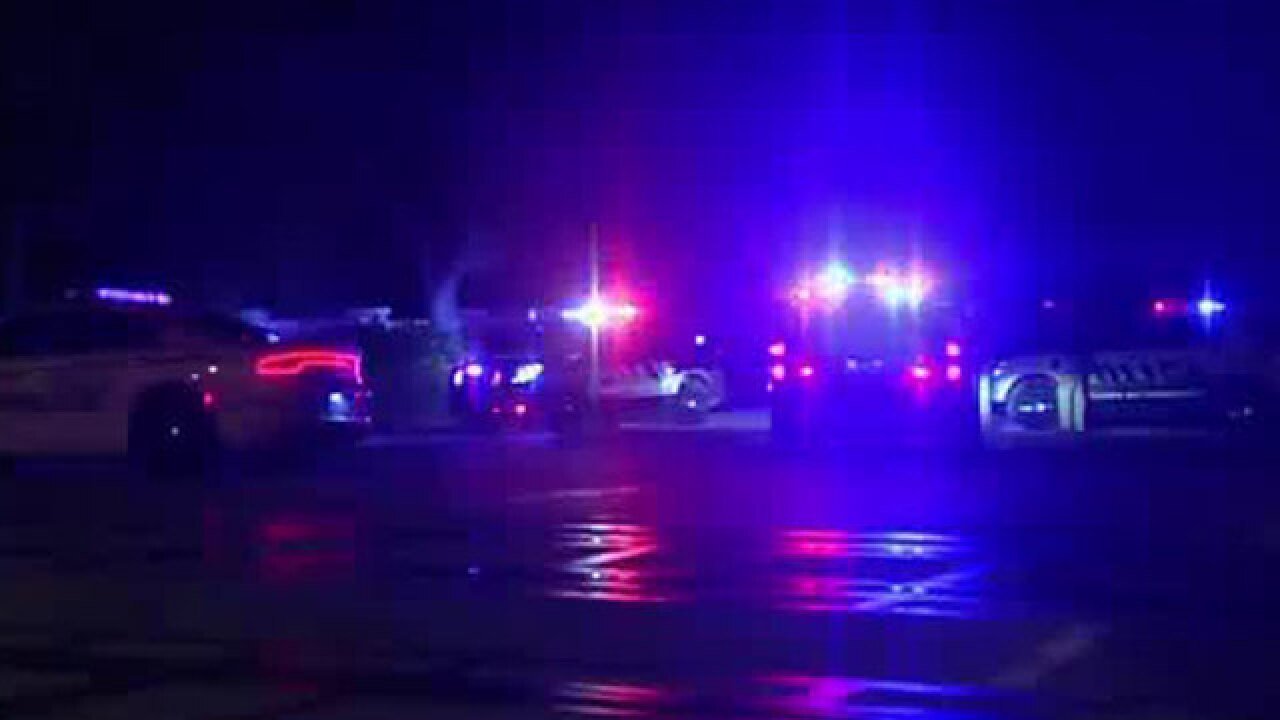 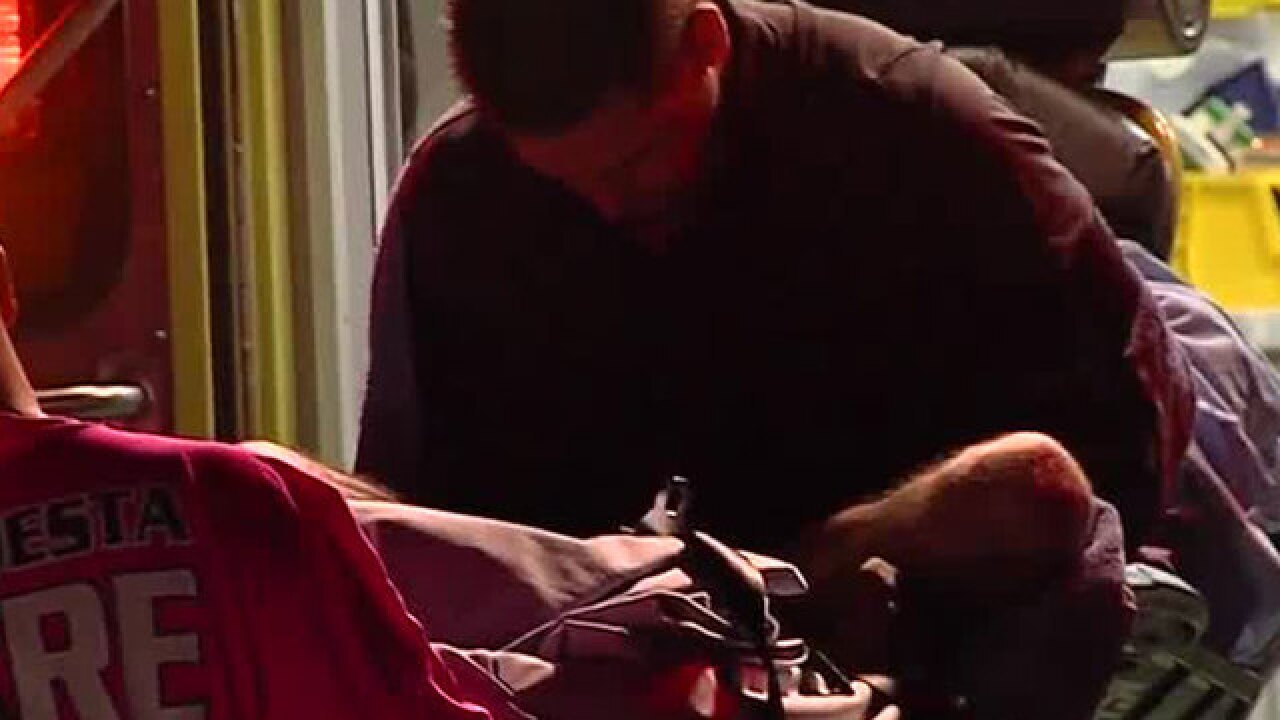 A man is in police custody after leading police in Jupiter and Tequesta on a wild chase overnight.

This all started when Jupiter police officers went to pull the man over, but he took off and drove into Tequesta. At one point, he tried to run into a Tequesta officer's patrol car.

Officers there got involved with trying to stop him, and at some point he jumped out and ran.

Multiple police agencies helped in the chase, which included a helicopter and boats.

Officers finally caught up with him near Riverside and Tequesta Drive.

The man, whose name has not been released, was taken away from the scene in an ambulance just before 1 a.m. Wednesday.

Agencies from Jupiter, Tequesta, Palm Beach Gardens and the Martin County Sheriff's Office were involved in the investigation.