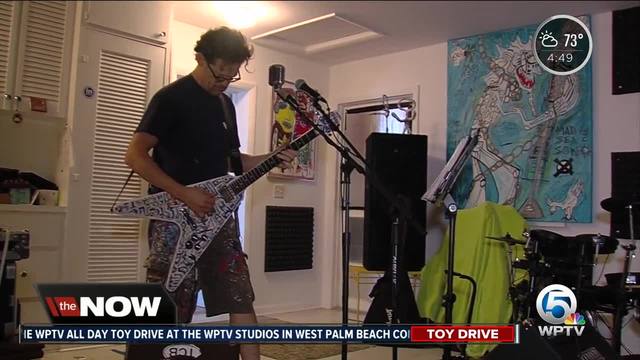 Jason Newsted, the former bassist for popular heavy metal band Metallica, is having his first solo art show, presented in Miami during Art Basel. There are major differences in these chapters of his creative efforts. 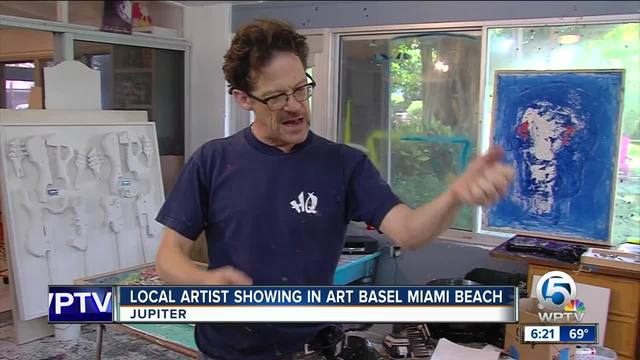 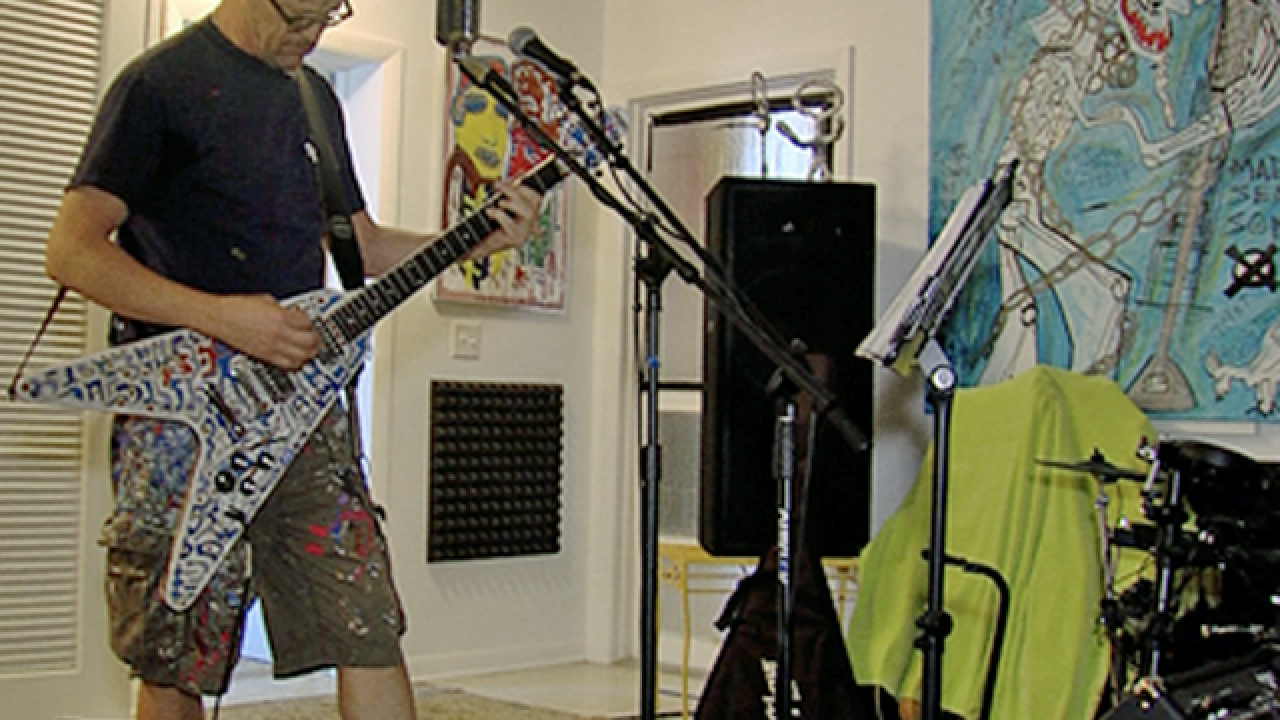 There are major differences in these chapters of his creative efforts.

For 15 years, Newsted was the bassist for Metallica.  Ever since leaving the band 14 years ago, Newsted has called Jupiter, Florida his home, developing a new career painting and sculpting artwork.  Recently, the work has garnered attention from collectors and enthusiasts.

While playing music for sprawling, loud, live audiences or recording songs for popular albums, he worked with a group of musicians, entertaining the masses as part of a team.  Now, he works in a quieter sunlit studio he shares with his wife Nicole.  He alone is responsible for each work's success.

Newsted's artwork often shows the intersection between music and art, something that sparked the interest of The Sagamore Hotel, where his art show will be presented.  The hotel focuses on the quality of artwork presented in its lobby, where Newsted's work will hang.  In the heart of South Beach, Newsted's show opens simultaneously against Art Basel in Miami, a component of the largest international art show in the world.

Sebastein Laboureau is the Resident Art Advisor at The Sagamore. "This is the most ambitious solo-show of Jason Newsted so far, Jason is an amazing visual artist, a poet of our modern times whose inspiration is limitless and timeless."

Newsted uses both of his hands to create many of his works, switching between his right and left or even using both simultaneously.  He learned to rely on each arm during shoulder surgeries.  He works in layers, often burying words or phrases in paint.

"This is my first real chance at creating site-specific works," Newsted said.

He purchased guitars that he believed had no musical life left and could no longer be played, and did something many musicians have only imagined: he smashed them to smithereens.  He then dumped the pieces onto tables and sorted them out into a new story.  He found many of the pieces resembled human body parts that could be reassembled into figures and shapes, then covered with more layers of paint.

When the art is displayed, Newsted is, in a sense, back on stage again.

"Always knowing that someone is going to be there looking at it like you're doing something for a purpose as opposed to just doing it for the day because you enjoy the stroke or you enjoy the color or you enjoy the freedom, the meditation, whatever. This is for a purpose.  This is for a reason.  It's going to have a price tag.  People are coming to see it, it changes your psyche, I think for myself it makes me want to try that much harder, you know.  Maybe even more judgmental and critical than I would be normally," he explained.

Newsted loves to show off his talents, but he didn't know painting would be part of it.  Growing up on a farm in Michigan, he was part of a 4H program in which he was introduced to acrylic painting at 11-years-old.  He created designs for demo tapes, logos for bands and t-shirt designs for merchandise.  He journaled on tour, with a combination of pictures and text.  After leaving the band, he was able to finally put all of his energy into painting, encouraged by his wife, and the creative outlet took hold in a new way.

Music remains omnipresent.  Working in stretches of 14 or 16 hours at a time, he often moves the brushes to the beat of the music.  Newsted prefers music made by his musician friends because it makes him happy.

He has also created several custom "Flying V" guitars that he will show at The Sagamore.

Newsted says he's flattered his artwork is noticed and desired by two groups now: those who loved his work with Metallica, and those who love the work for its value despite his background in music.

Laboureau recognizes the draw of the celebrity musician but believes the work stands on its own. "The incredible mix of words and colors, both figurative and abstract is a constant magnet for the eyes," he said.

"When I come to your town, I'm giving it all, I'm leaving it all on stage. Same thing with this," Newsted said.

The exhibition at The Sagamore Hotel begins during Art Week 2018 in Miami and runs through January 4, 2019.