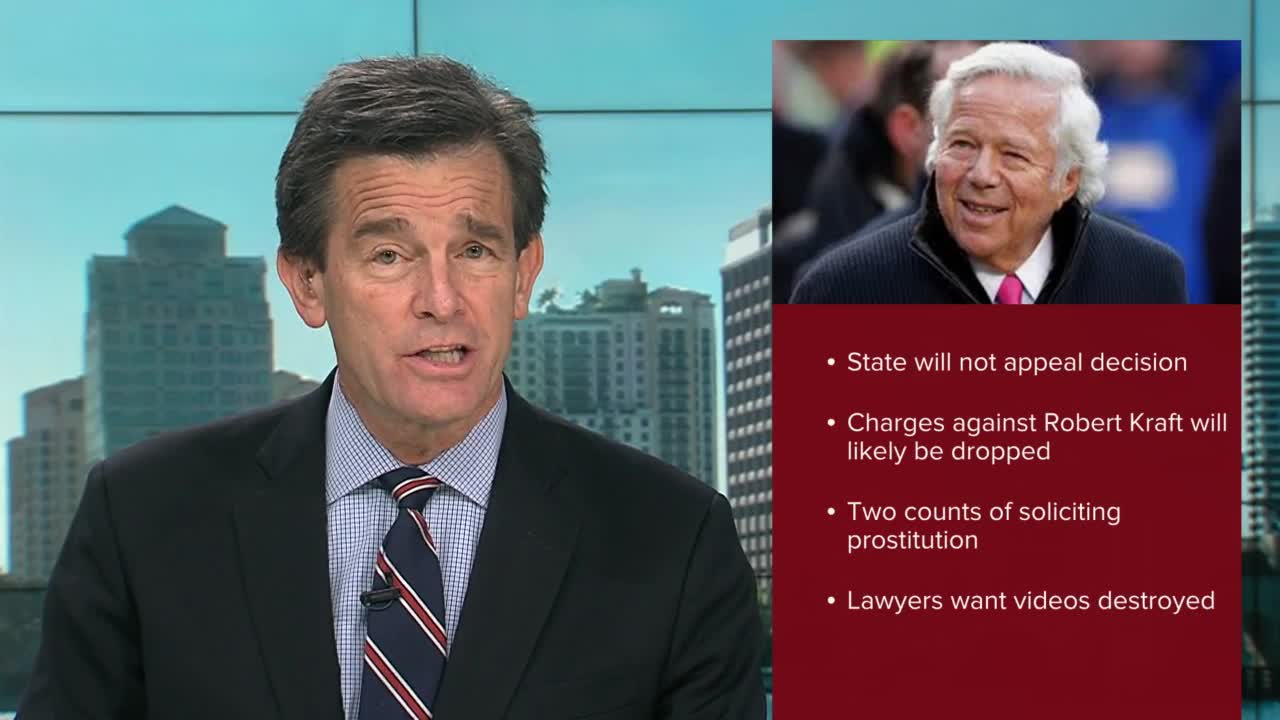 The Florida Attorney General’s office has announced that it won’t appeal a court decision blocking video that allegedly shows Patriots owner Robert Kraft paying for sex at a massage parlor. 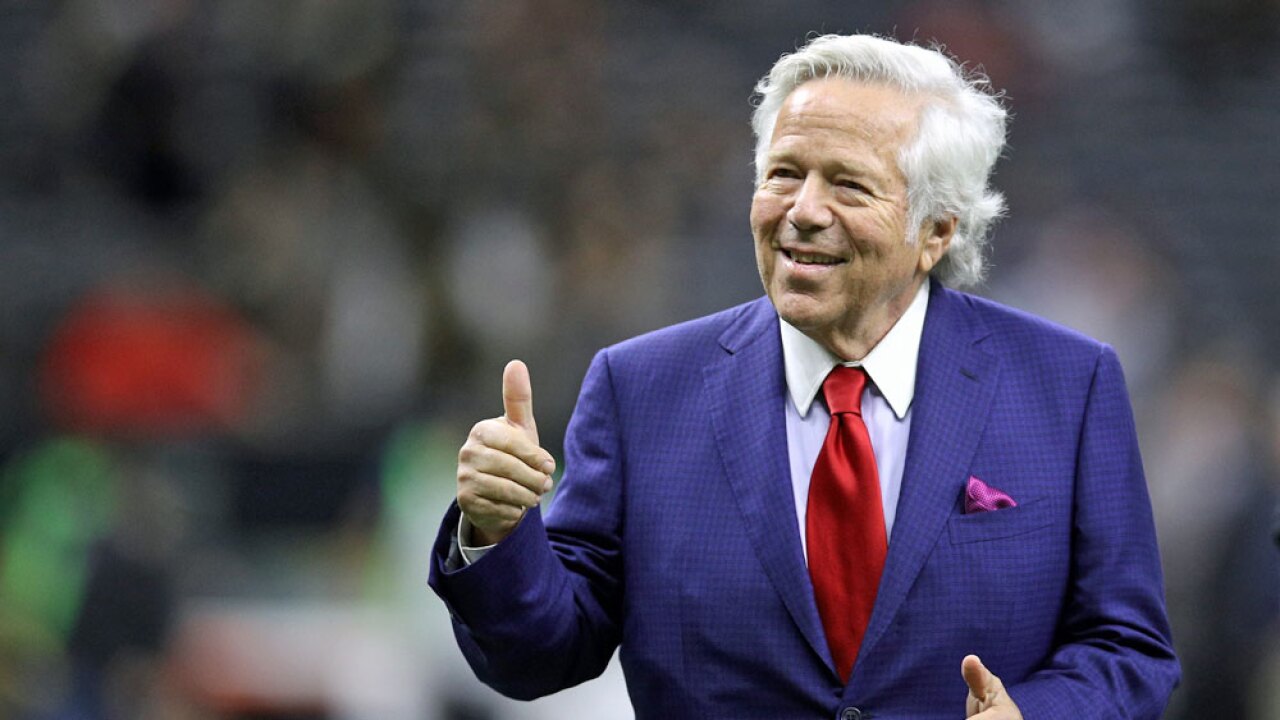 Monday's announcement means charges against Kraft will likely be dropped: The recordings are the only known potential evidence against him.

A Florida appeals court ruled in August that police violated Kraft's rights and others when they secretly video recorded them paying for massage parlor sex acts.

The state attorney general's office said it decided not to take the case to the Florida Supreme Court because a loss could have resulted in the compromise of future, unrelated law enforcement investigations.

Below is a statement from the office of Florida Attorney General Ashley Moody regarding the case:

We were disappointed by the Fourth District’s decision. The Solicitor General and his staff reviewed the decision and the likelihood that the Florida Supreme Court would exercise its discretion to hear its appeal. These attorneys determined that review was unlikely and raised concerns that a decision by the Florida Supreme Court against the State on these case facts could have broader, negative implications beyond the limited facts of this case, which could affect law enforcement efforts in the future. Based on that analysis and after consulting with the prosecuting state attorney’s office, the decision was made not to seek further discretionary review.