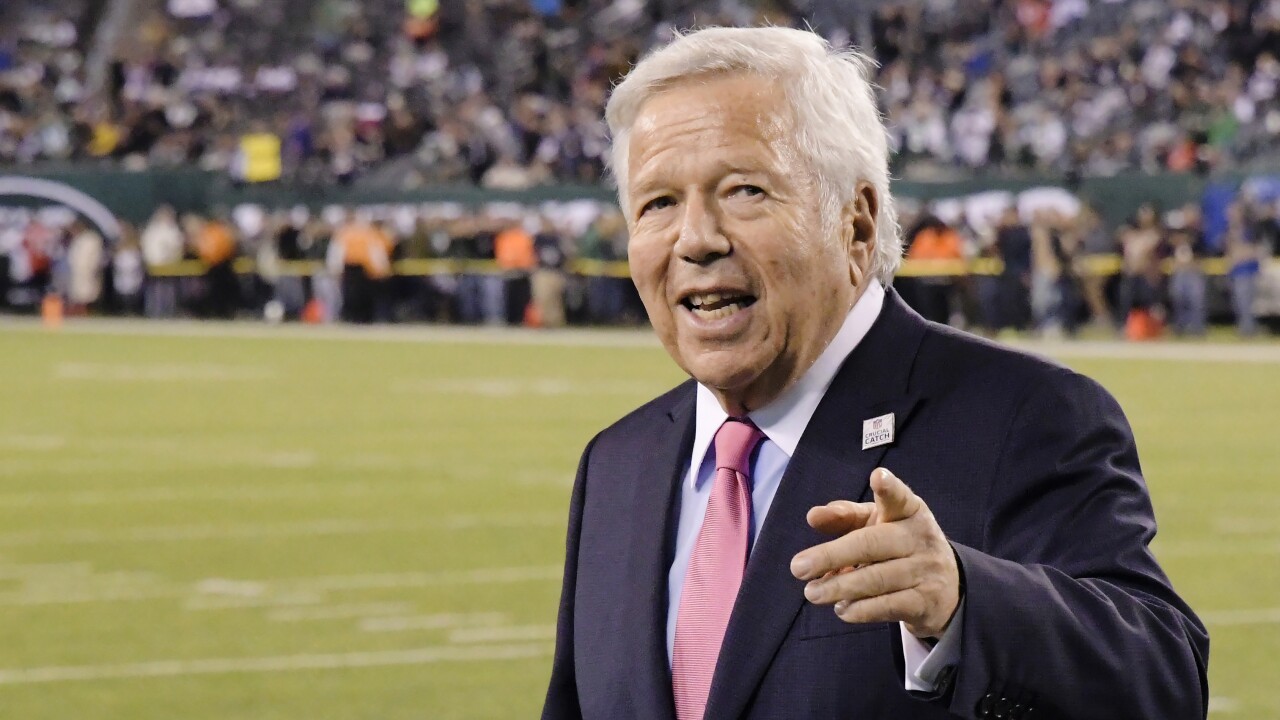 (Copyright 2020 The Associated Press. All rights reserved. This material may not be published, broadcast, rewritten or redistributed.)
Bill Kostroun/AP
In this Oct. 21, 2019, file photo, New England Patriots owner Robert Kraft points to fans as his team warms up before an NFL football game against the New York Jets in East Rutherford, N.J.

A motion filed Monday in Palm Beach County court seeks to have the secretly recorded videos destroyed "so that they can never be subject to any misuse, intentional or otherwise."

The move comes after the Fourth District Court of Appeal ruled earlier this year that Kraft's constitutional rights were violated when Jupiter police used hidden cameras to record men soliciting prostitution at the Orchids of Asia Day Spa.

Attorneys for Kraft are also asking that a special master be assigned "to oversee the destruction of the videos and ensure compliance with this court's orders."

A memorandum of law in support of the motion calls a special master "especially advisable in this case, considering the high sensitivity and profile of the videos and the fact that the state has been suspect, at best, in its handling of them."

Jupiter police said Kraft made two visits to the Orchids of Asia Day Spa in January 2019.

According to the police report, Kraft was at the spa the day before and the morning of New England's 37-31 overtime win against the Kansas City Chiefs in the AFC Championship game. The report said Kraft was driven to the spa on both occasions.

Kraft, who purchased the Patriots in 1994, has pleaded not guilty to two misdemeanor counts of soliciting prostitution. Under Kraft's ownership, the Patriots have won six Super Bowls and 10 AFC titles.