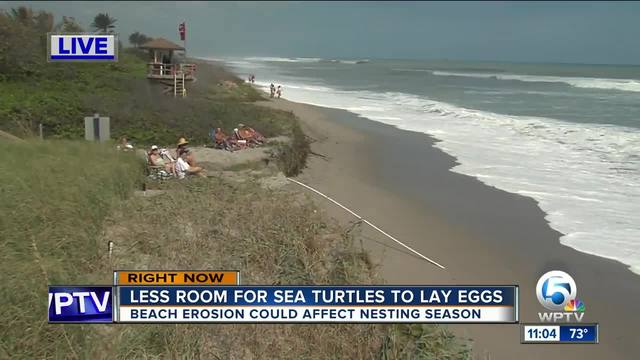 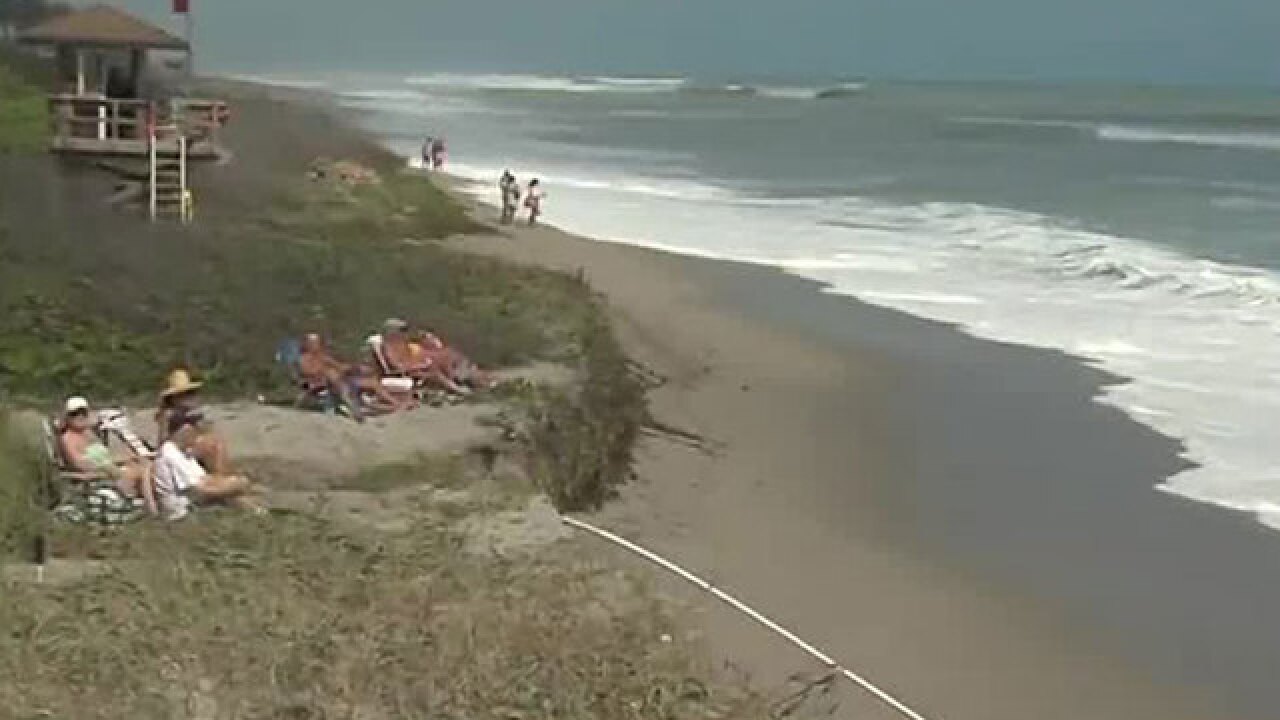 It’s still too early to tell what kind of impact this will have on the shoreline, but millions of dollars are already spent on the upkeep of Palm Beach County beaches.

About $14 million is spent annually to replenish the county’s 47 miles of shoreline between South Inlet Park in Boca Raton and Tequesta’s Coral Cove Park.

Sand can be brought to beaches in two ways: off-shore dredging or bringing it in from inland mines.

Preserving the shoreline is important since Juno and Jupiter beaches are one of the densest in the world for Loggerhead sea turtle nesting.

If there isn’t enough sand for the turtles to lay their eggs, their chance of survival decreases dramatically.

If nests are made near the sand dunes, animals can get to the eggs.  If they are too close to the water, high tide can flood the nest.

The Juno Beach Pier remains closed Tuesday. WPTV viewer Dean Brittenham recorded video from a drone that shows the some to the pier from the pounding waves.

Officials said they will reopen the pier when it is again deemed safe.