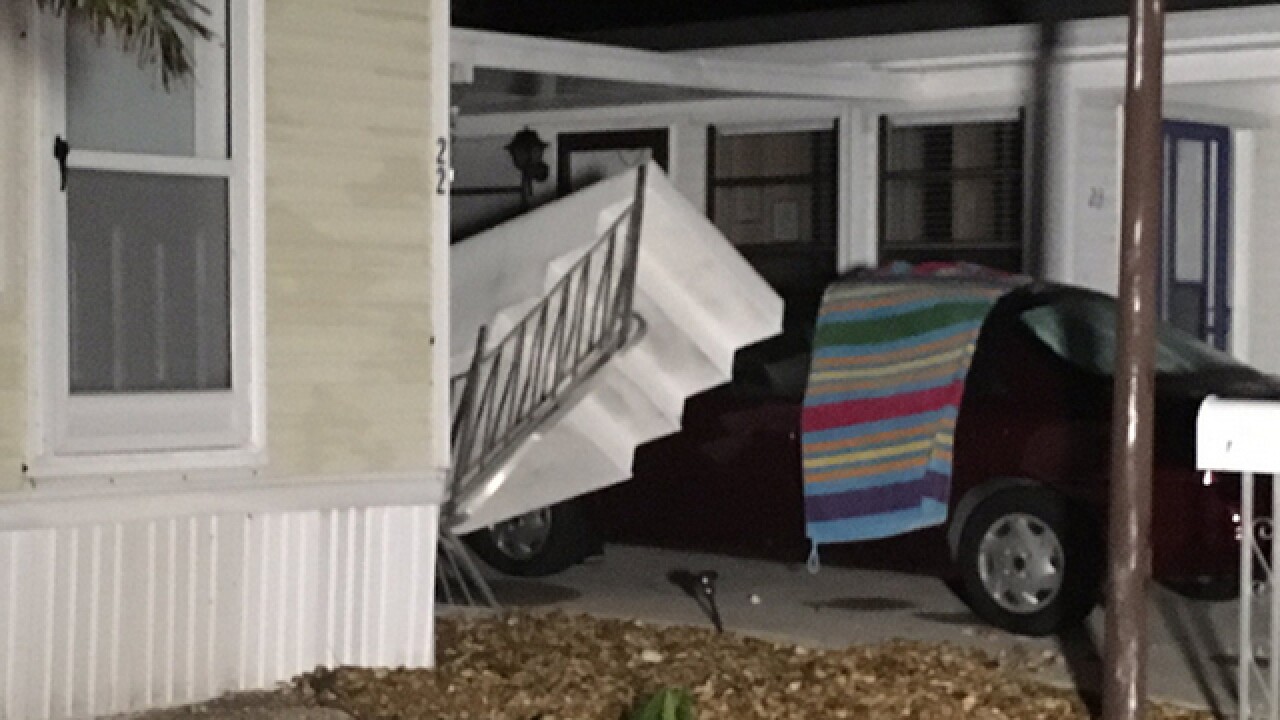 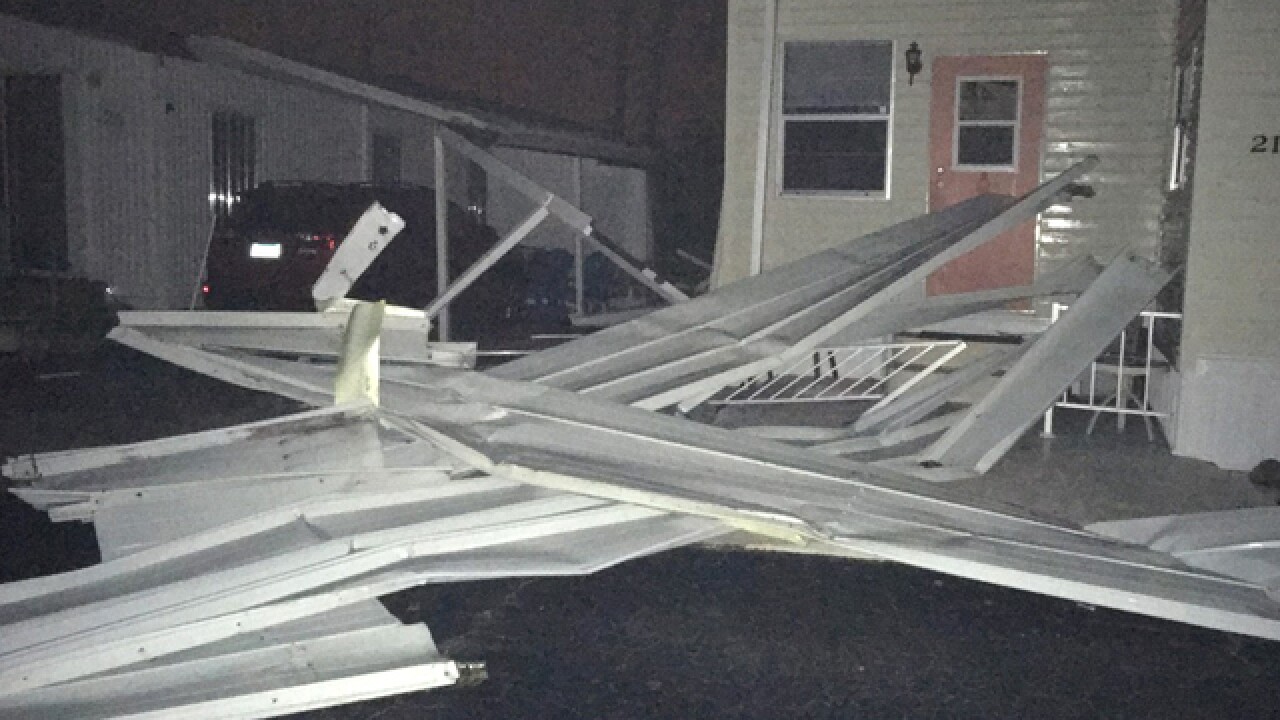 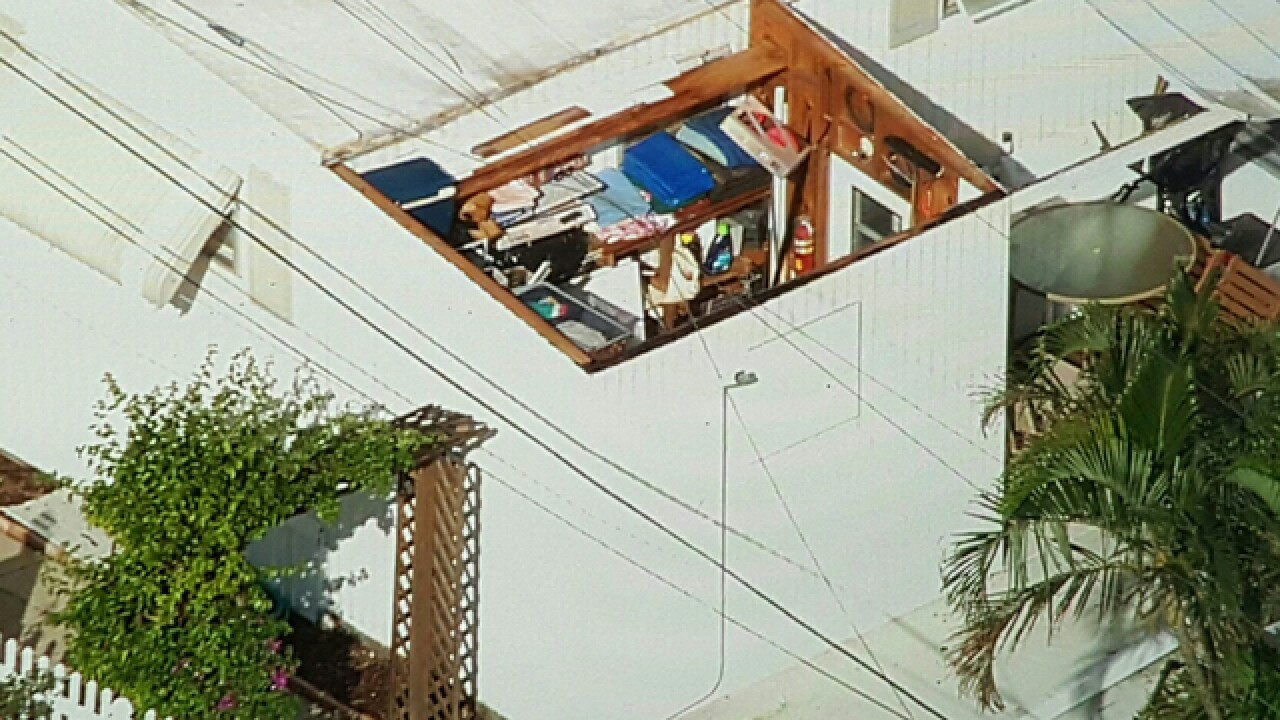 The National Weather Service confirmed Monday that a EF1 tornado packing winds of up to 90 mph struck a 5.8-mile-long area from Palm Beach Gardens to Juno Beach, damaging a mobile home park and causing the pier to be closed. The tornado was 130 yards wide.

In Palm Beach Gardens, both William T. Dwyer High School and The Benjamin School's Upper Campus were closed Monday because of damage. Homes in the Mirabella, Mirasol and a number of other communities along PGA Blvd. sustained damage.

The strong winds ripped off the roof of at least one home at the Juno Beach condos located at 14661 U.S. 1

An 83-year-old resident named Martha said she was sleeping inside her mobile home when the storm tore through the area.

She then got up to investigate what happened and discovered the damage.

“I got a flashlight and looked around and looked in the back … and then the front and said, 'not again' (after seeing the roof damage),” said Martha.

The resident said her home was damaged by hurricanes Jeanne and Frances in 2004.  She said she didn't know if she would continue to live at the location after Monday's storms.

Wooden panels were torn off the railing at the Juno Beach Pier, prompting officials to close it on Monday.

The roof of a nearby lifeguard stand was also ripped off.

Crews were at the Juno Beach Park on Monday morning cleaning up downed trees and limbs.

Storm damage at Juno Beach mobile home park. Resident was sleeping inside when this happened. She wasn't hurt @WPTV pic.twitter.com/AaCVZfHQSK