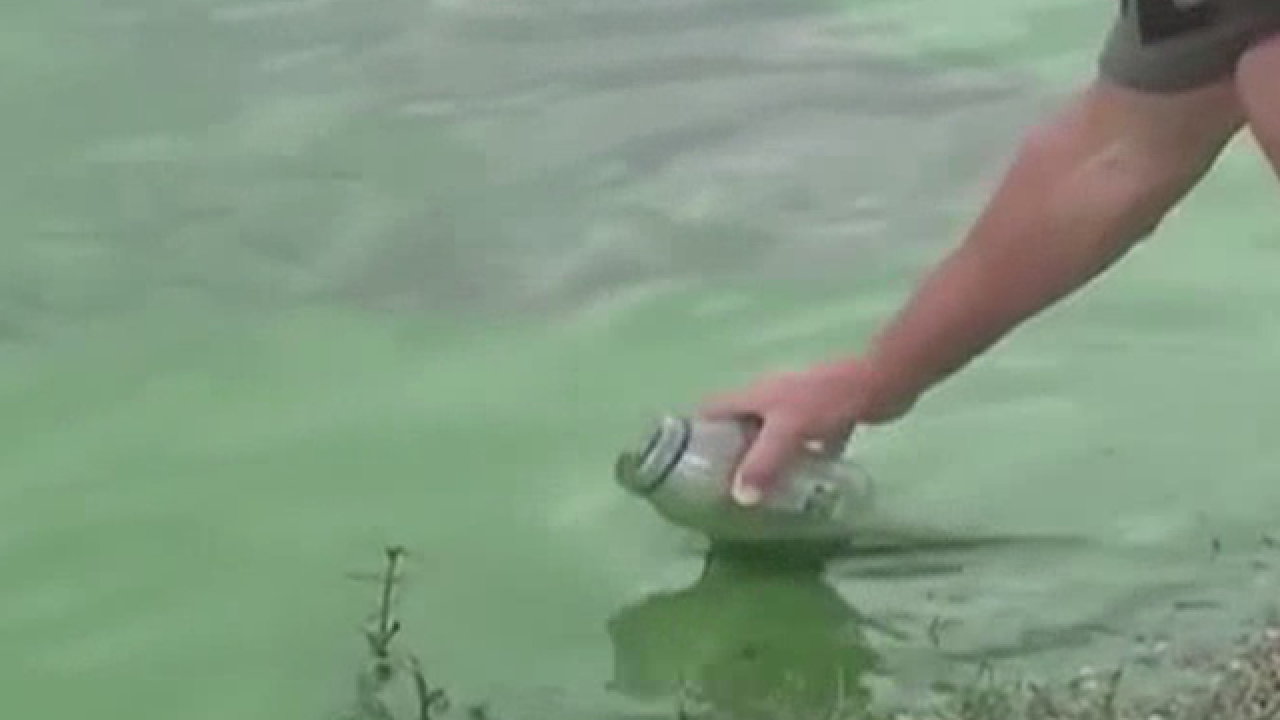 The Martin County Sheriff's Office is assisting lifeguards to clear Stuart and Bathtub Beach, due to toxic algae washing ashore. Double red flags are up.

Double flags are also up at Waveland Beach in Jensen Beach., where the blue-green algae has also been spotted.

MARTIN COUNTY, Fla-- The concerns over toxic algae on the Treasure Coast has hit a new level.

It comes after lifeguards spotted what they suspected to be blue-green algae on a Martin County beach Friday morning.

A report of the green goo on the beach is apparently so unusual the Martin County spokesperson tells NewsChannel5 she doesn’t remember if or when this has happened before.

Coral Martinez is taking no changes after seeing the warnings posted at Bathtub Beach.

“I’m nervous for my kids. I have three small children,” she said. “How long is it going to be. I mean they're out for the summer."

“It is unusual,” said Martin County Health Department spokesperson Renay Rouse. “As a precaution we wanted to get the signage out there. The big message is if you see algae avoid contact with it.”

It’s no secret at this point that toxic blue-green algae has been popping up all along the St. Lucie River.

However, even the county tells me having reports of it along the beach is shocking.

“Now we're going to have to reconsider even sending people to the beaches."

Some of his business has already been devastated by the algae on the river.

“It’s depressing. It’s hard for us to keep a smile on.”

With news of the possibility of green goo is getting to the beach, Jordan fears the toxic water situation could get worse than 2013 and the impact he believes the discharges had back then.

“Now it’s starting to come to the ocean, and once it destroys that, our economy is going to be busted."

Shwartz says Coastal Living Magazine is in town to do a story. Schwartz says he’s supposed to take them surfing Saturday and is now afraid of what they might see on the water.

The health department says it will have environmental health specialist out to assess things Saturday morning.

DEP has been notified.