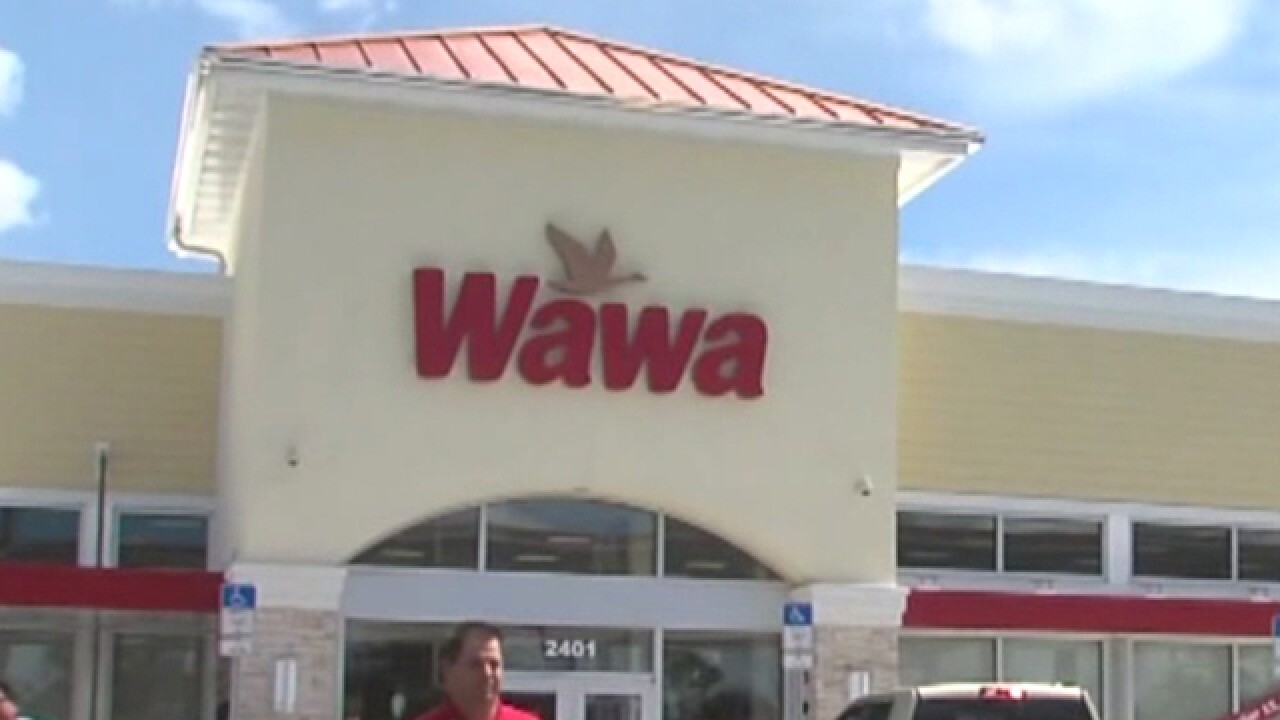 The newest Wawa opened Thursday morning in Stuart, and customers say they’ve been eagerly waiting for its arrival.

"I've been waiting for you for a long time. I love you, Wawa,” said Mary Helle on Wednesday.

The company gave a sneak peek into its newest store to a select group of customers. Many of them were handpicked because they come from states where Wawa is already found.

Ron Sama is one of those who attended Wednesday’s event.

"You feel like you're family when you come here. It's a very family oriented business,” Sama said.

The Stuart resident is originally from New Jersey where there are plenty of Wawa locations.

"It picks you up and makes the rest of your day go so much easier,” he said.

He added that those not familiar with the chain will realize what all the hype is about when they see it for themselves.

"When they see this, they're going to say, 'Wow they don't do this at the other stores, do they?"

"Just the opportunity to come down here and transfer our culture and infuse it with the Florida culture, it's something you couldn't turn down,” she said.

Marko-Heir moved from Pennsylvania to Florida to open the Orlando location, and said the company will continue to spread across the state.

"We're going to work our way south in Florida and spread our wings wherever we can,” she said.

Wawa is known for freshly made hoagies, hot coffee and competitively priced gasoline.

But employees say it’s an insulting if you think it’s just a gas station.

"Oh no, we're not just a gas station. I sometimes forget that's out there, although it's really an amazing part of our business as well. It's really under the roof where the magic happens,” Marko-Heim said.

There are two other gas stations located at the same intersection of the Wawa in Stuart.

Store managers at the businesses located off Kanner Highway and Monterey Road wouldn’t talk to NewsChannel 5, but another local business owner said the new Wawa could pose a threat.

Dave Farrell of Bob’s Gourmet Deli anticipates his business will lose some customers over the next few weeks.

"I'm sure they'll take a toll the first few weeks, but all my regulars will be back,” Farrell said.

The business has been located near the same intersection for nearly 40 years.

"Places have come and gone and we just keep doing our thing and I can't see any difference with Wawa,” Farrell said.

"The only thing they have that I don't have is tables but we have a good product and I've been doing the same thing for years."

Doors opened at 8 a.m. with a ribbon-cutting ceremony at 10 a.m.