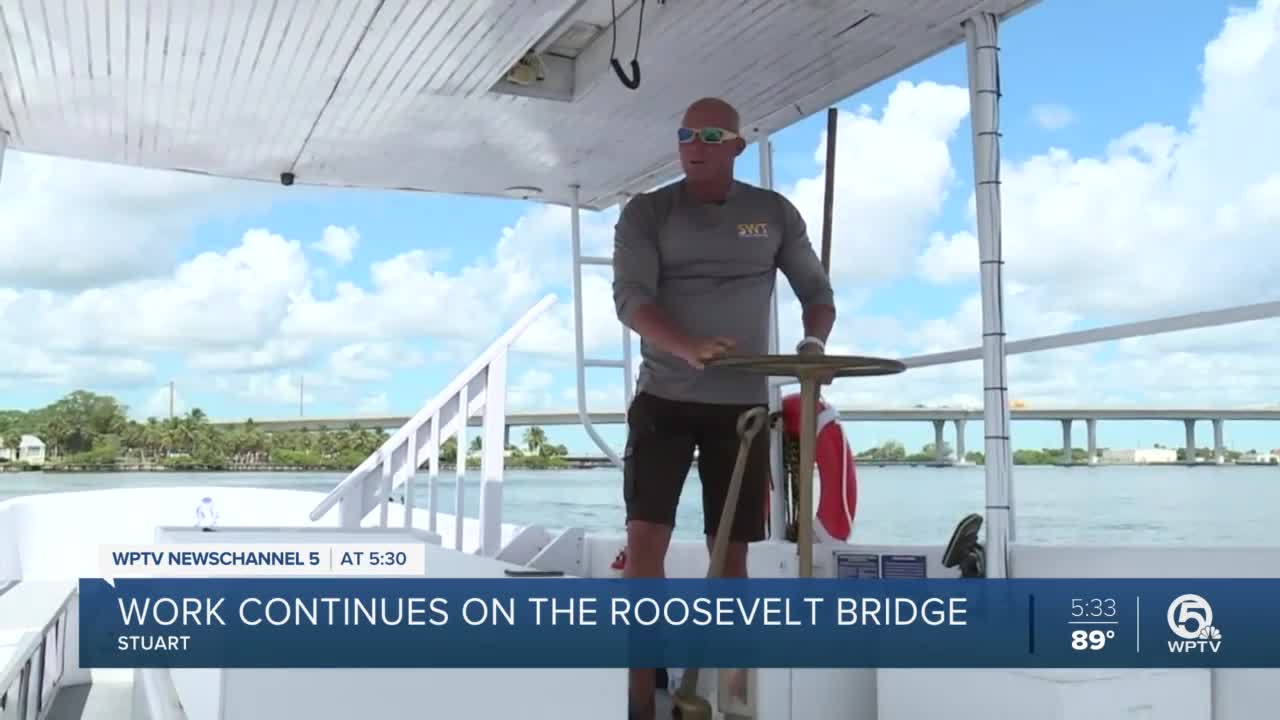 With more summer gridlock ahead, one business near the Roosevelt Bridge in Stuart is trying to make it easier for people to get around. 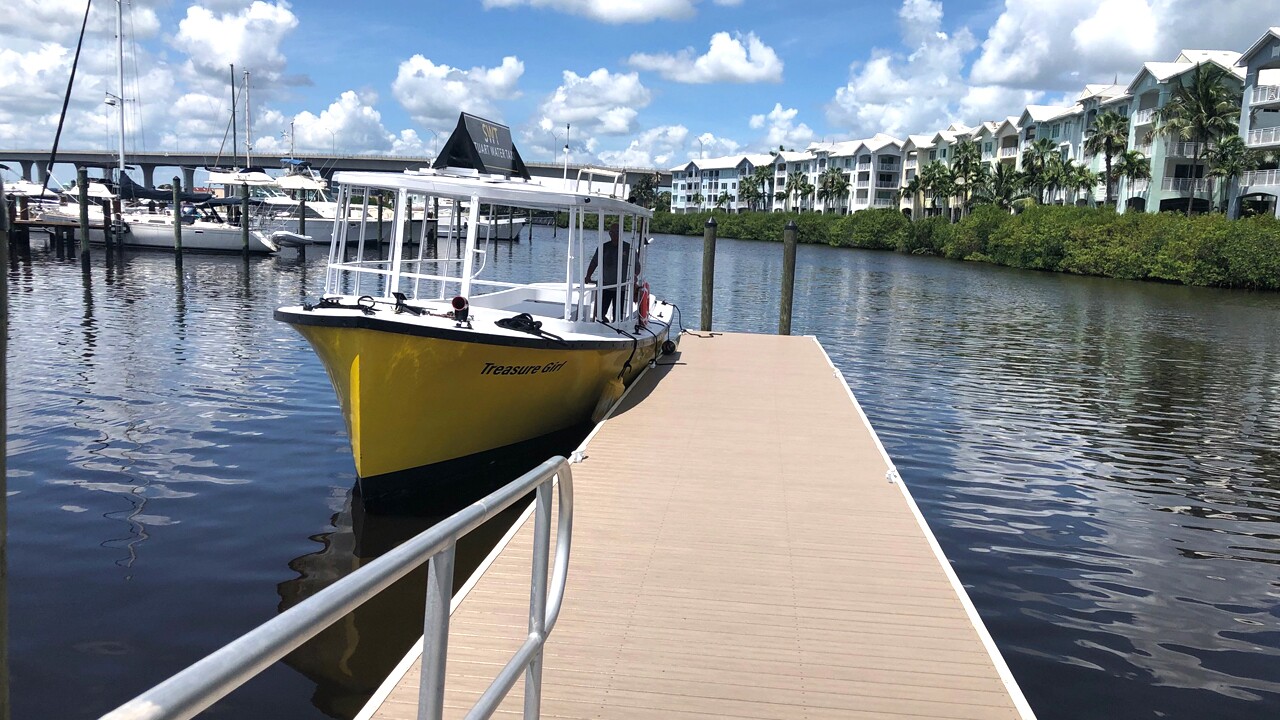 STUART, Fla. — The Roosevelt Bridge in Stuart was shutdown until further notice last week after chunks of concrete fell from the structure.

While a reopening date has not been set, the Florida Department of Transportation said northbound lanes of the bridge may initially carry just one lane of traffic in each direction.

With more summer gridlock ahead, one business near the bridge is trying to make it easier for people to get around.

The Stuart Water Taxi began ferrying its first customers in February, but then the pandemic hit.

"Timing was everything," laughs Capt. Jamison Bonner. "We were pretty much getting started, (and) we got shut down."

Bonner said without things like dolphin tours to sustain it, they had to reconfigure their business model and came up with the idea of a commuter ferry.

"I know down south it's a pretty good business for South Florida, so we wanted to bring that service up here," said Bonner.

The water taxi reached out to the city of Stuart and also to restaurants like the Tide House, which is located at the north end of the bridge.

Bonner offered his services to get people back and forth while the bridge is closed.

Diane Russell lives on a boat moored on the north side of the bridge. She said she sees the water taxi as a plus.

"I certainly want to support the businesses over there with all of the COVID shut down and everything," said Russell.

Starting Wednesday, the water taxi will take the 10-minute trip back and forth from the Harborage Marina and the Stuart City Dock between 6 a.m. and 10 a.m., then again between 2:30 p.m. and 7 p.m. There will be some extended hours Thursday and Friday.

"We wanted to do our part for the community in any way we could," said Bonner.

Visit the Stuart Water Taxi website to learn more about the service.