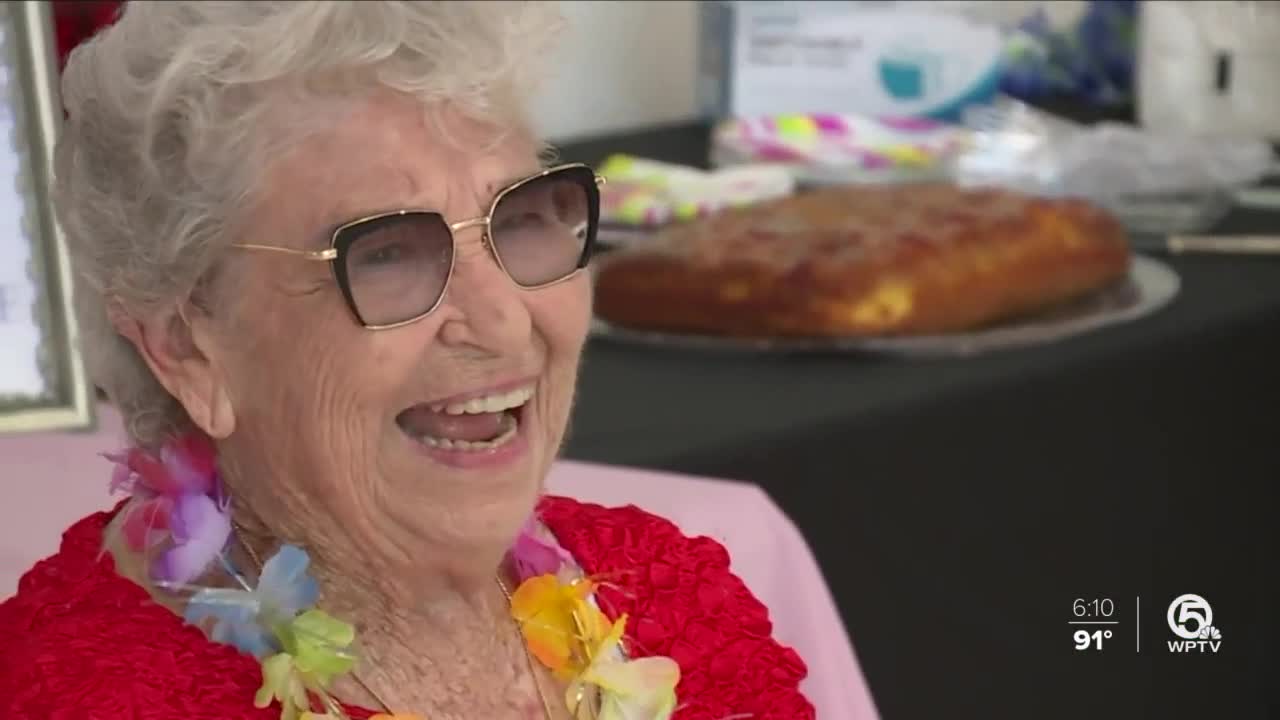 A Martin County woman is turning 90-years-old this week and got a huge surprise to help her celebrate the milestone. 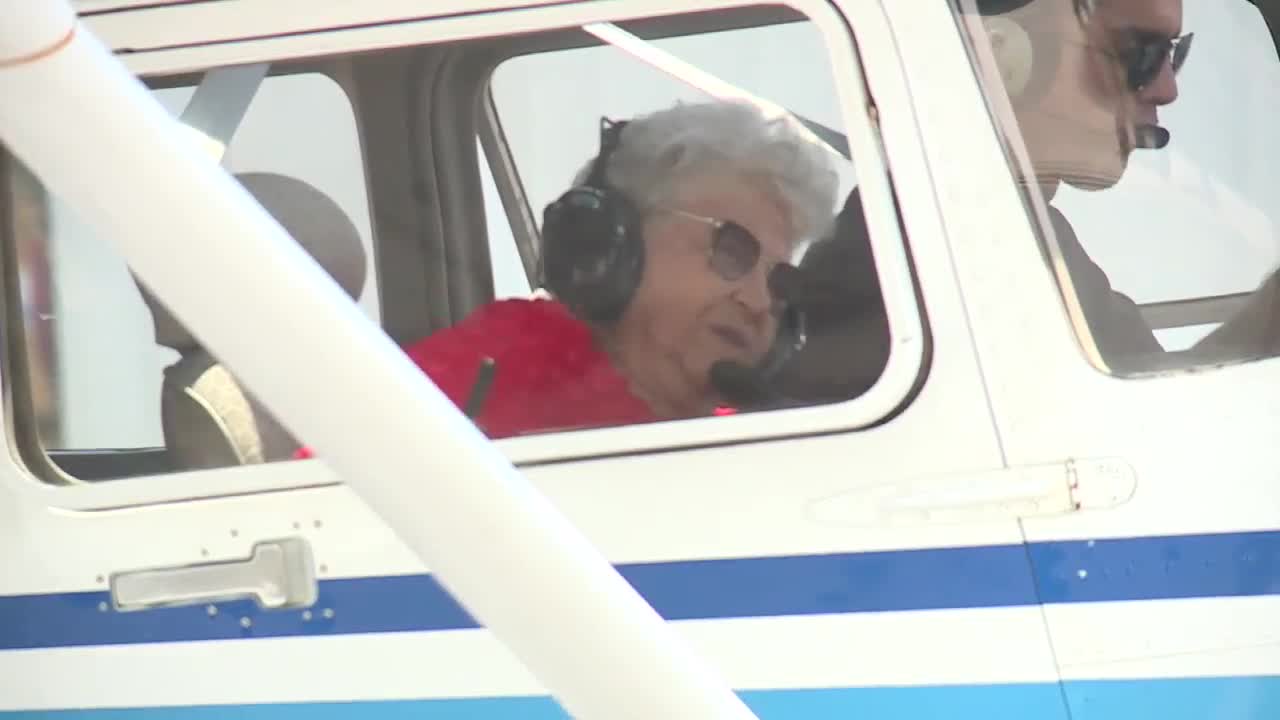 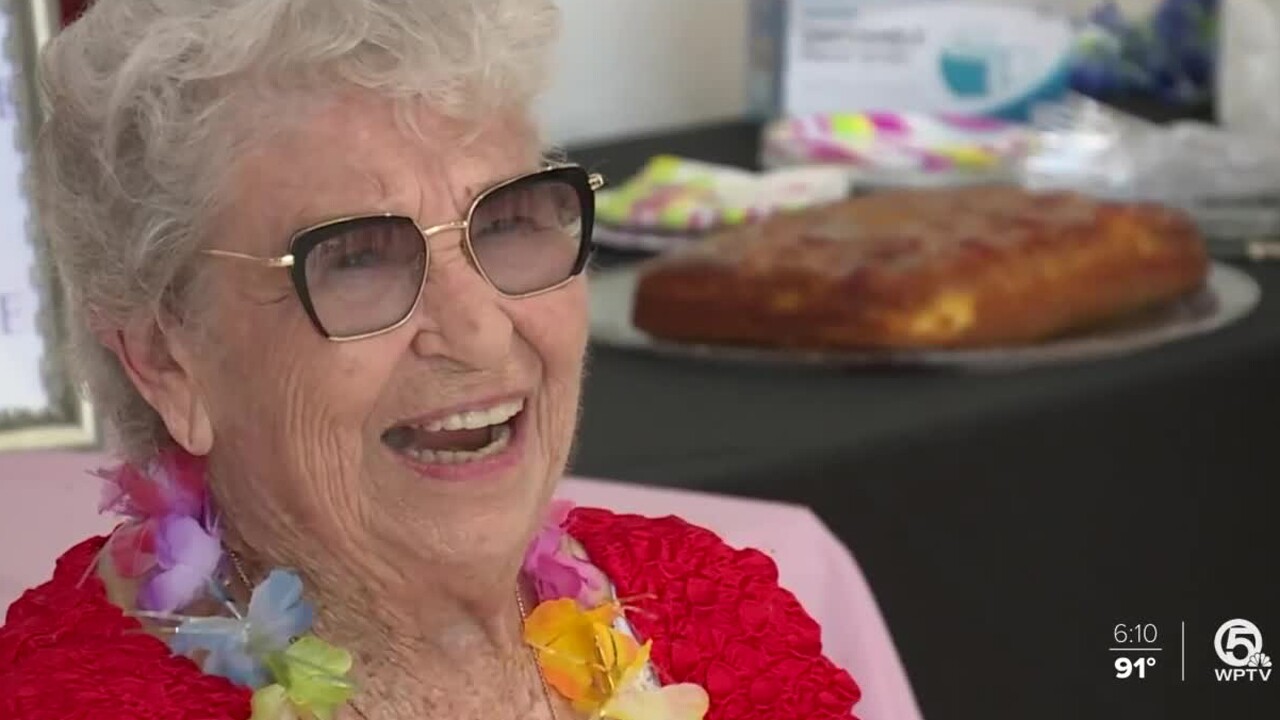 STUART, Fla. — A Martin County woman is turning 90 years old this week and got a huge surprise to help her celebrate the milestone.

She has some of the best stories you'll hear, and her impact on the community makes her a treasured part of Martin County's history.

Evelyn Deggeller thought she was going to a formal event at a SkyBlue Jet Aviation hangar at Witham Field Thursday, but her friend, Suzanne Deuser, had a big surprise planned.

Deggeller, who once owned a plane and has a pilot's license, was treated to an hour-long flight from SkyBlue Jet Aviation to Jupiter and back.

When she landed, a brass band was waiting for her, along with friends, family and city and county leaders.

"This is all for you," Deuser told Deggeller. "I sure did not expect this," Deggeller said.

Deggeller has lived a story-book worthy life that has been centered around bringing other people joy.

She and her father performed magic as a traveling duo across the country.

"I did what they call stage magic. No cards, nothing up close. It was all big pieces that were on stage," Deggeller said.

She recalled pulling live rabbits out of hats.

"The best thing I do now is make money disappear," she laughed.

She owned a chimpanzee and an elephant named Dixie, who gave her a lot of laughs. One time, she said Dixie was caught eating the neighbor's flowers. She could grab Dixie by the ear and walk her home.

But her local claim to fame came in 1959 when she helped re-start the Martin County fair.

"The fair had been on before, but the war came, and everything was changed. After the war, they wanted to start up again," Deggeller said.

She was just the woman to do it.

Deggeller built a career supplying county and state fairs with rides and attractions and food stands.

She has also been a part of charitable service organizations in Stuart, including Soroptimist International of Stuart.

She holds keys to numerous cities, and Stuart Vice Mayor Eula Clarke presented her Thursday with Stuart's key to the city.

"I've enjoyed everything that I've been fortunate enough to do," Deggeller said.

The celebration was just one more memory to take with her into her next decade.

She says she has lived her life by "going with the flow."

Of all of her experiences, she said her best years were the ones spent with her husband of more than 50 years.