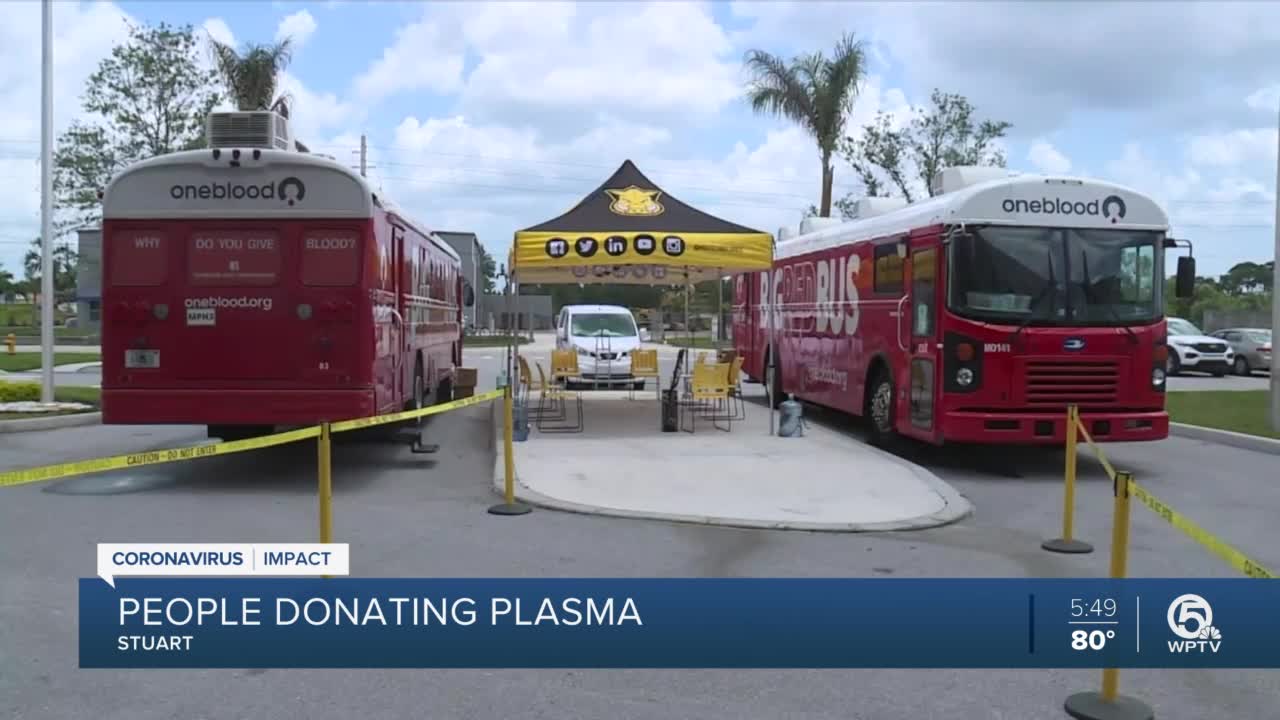 A Stuart businessman, who recovered from his own bout with the coronavirus, is now working to save others struggling with COVID-19. 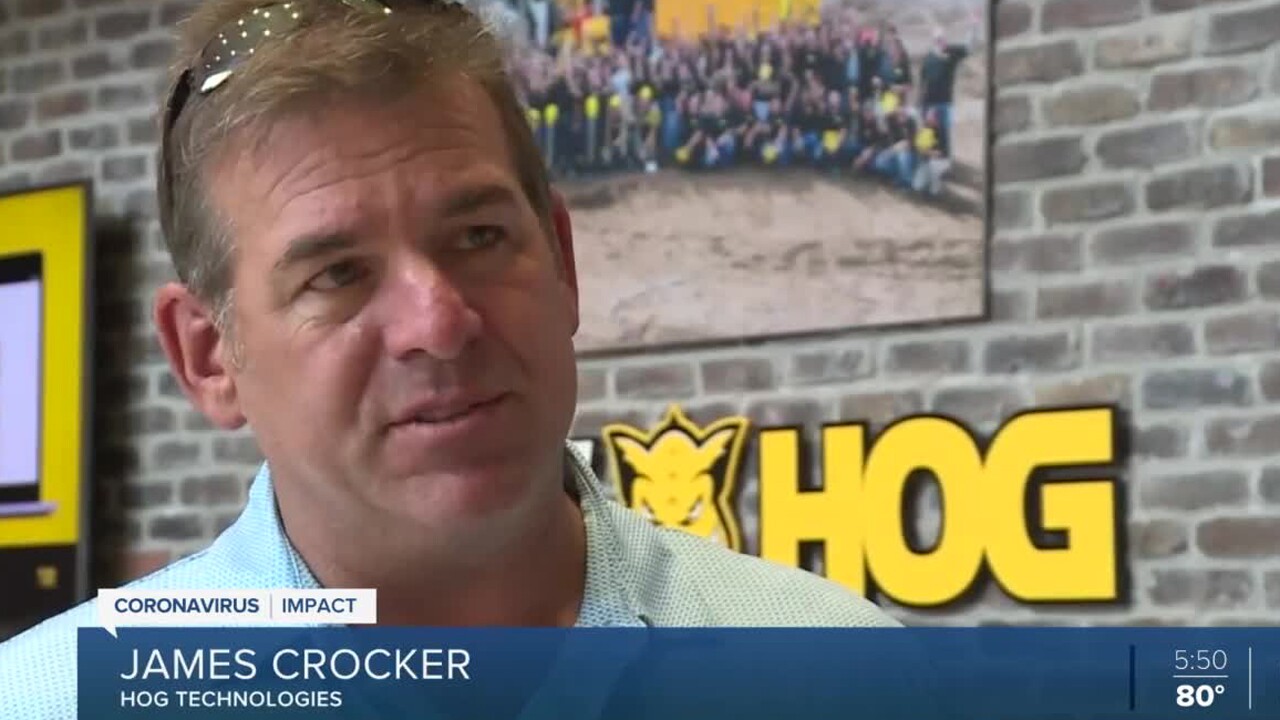 STUART, Fla. — A Stuart businessman, who recovered from his own bout with the coronavirus, is now working to save others struggling with COVID-19.

In the parking lot outside Hog Technologies, plasma donation buses were set up Tuesday.

James Crocker, who is president of the company, learned in April through a friend that Kevin Rathel of Orlando was in desperate need of plasma.

Rathel's wife, Stacie, and her daughter were in Stuart on Tuesday where more than two dozen people came to donate plasma.

“It’s a way of seeing the whole story come full circle. It’s the least we could do obviously, but we’re really happy to do it,” said Stacie Rathel.