'It looks legit,' said one resident 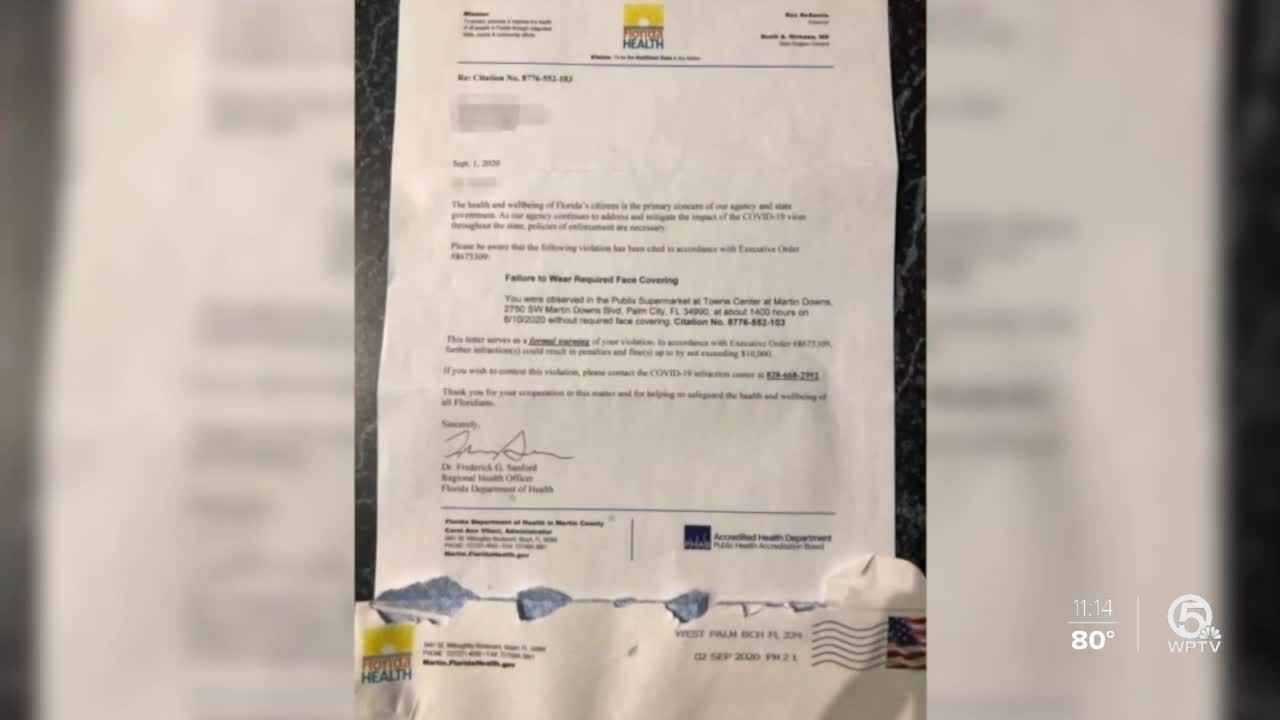 The Martin County sheriff is warning residents of a new coronavirus scam. 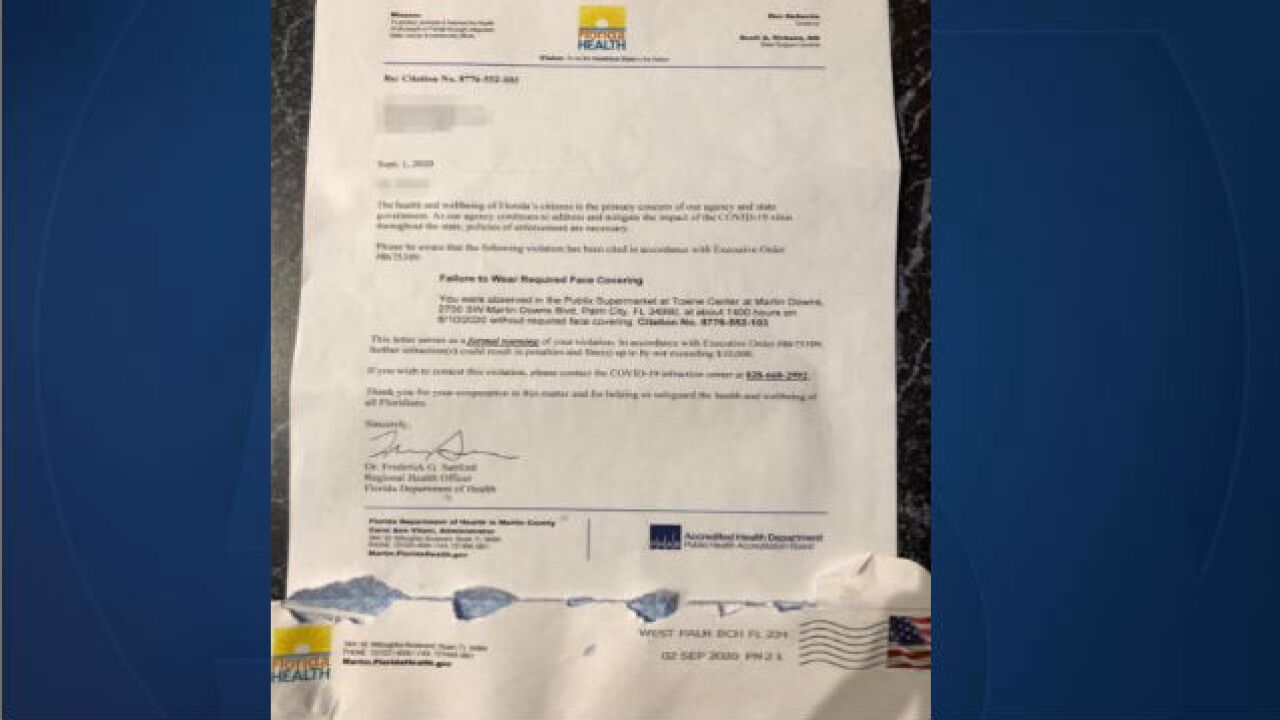 Sheriff William Snyder said the latest scheme to defraud residents of thousands of dollars involves a fake letter from the Florida Department of Health.

The letter was given to the Martin County Sheriff's Office to investigate after one resident reported it to the local department of health.

"What we're just now seeing for the first time here in Martin County is actually a fake letter that looks real," said Sheriff Snyder. "Our fear is that after someone gets this fake letter, the follow up could very well be 'hey you owe us money, you got the letter and we'd like to collect."

On the letter is a prompt that states a violation of the Martin County mask ordinance and a fine of up to $10,000.

"The first thing I thought was yeah it looks legit," said Manuel Hernandez, resident. "It's scary because you don't know what you're getting into when you get this as you said you might get a call or something later."

Snyder said that scams like this one can be hard to solve due to the lack of eyewitnesses and forensic evidence.

He said the best thing to do is call law enforcement and warn others, especially those who are elderly so that nobody gets hurt.

"Call grandma, call grandpa," said Sheriff Snyder. "Call somebody in your family that you know is older, is maybe not as savvy on the internet, they're not paying attention and they're prime picking for this kind of crime."

This is not the first coronavirus related scam to pop up in Martin County.